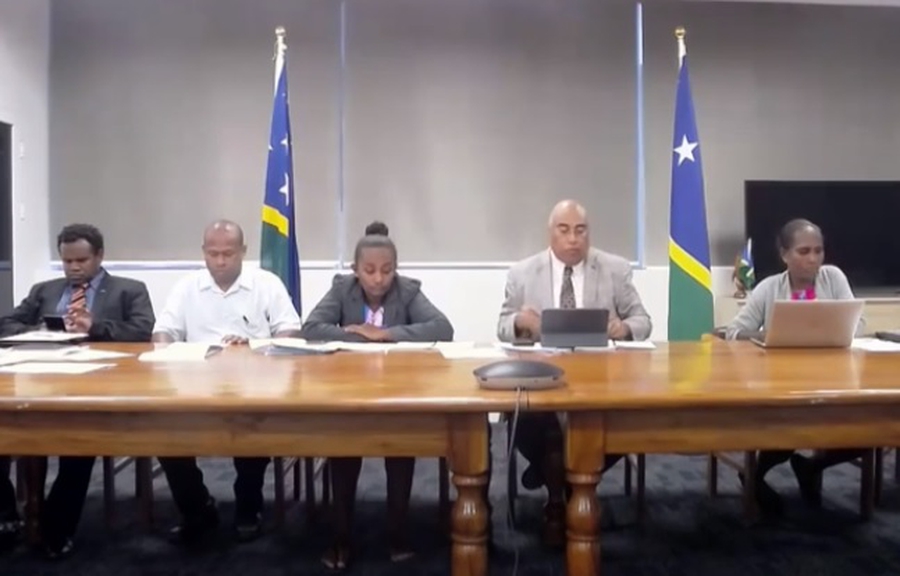 Solomon Islands delegation at the UN human rights review (May 2021)

On 10th May 2021, the UN Human Rights Council reviewed the human rights record of the Solomon Islands as part of its Universal Periodic Review (UPR). The delegation of the Solomon Islands was headed by Colin Beck, Permanent Secretary of the Ministry of Foreign Affairs and External Trade. During the interactive dialogue, 59 delegations made statements and 160 recommendations were made. The Solomon Islands will need to respond to the recommendations no later than the forty-eighth session of the Human Rights Council in September 2021.

During the review, two countries recommended that the government introduce freedom of information legislation in compliance with international standards (Estonia) and guarantee access to information (France).

At the same time, four countries called on the Solomons to expedite and take concrete steps to establish a national human rights institution in accordance with the Paris Principles. They include India, Malaysia, Indonesia and Burkina Faso.

The United Nations country team noted that the establishment of a national human rights institution that was compliant with the principles relating to the status of national institutions for the promotion and protection of human rights (the Paris Principles) was proposed in the draft Federal Constitution to promote, monitor and adjudicate human rights cases and matters.

During the review, six countries recommended that the government sign and ratify the International Covenant on Civil and Political Rights.

The Universal Periodic Review is a unique mechanism of the Human Rights Council aimed at improving the human rights situation on the ground of each of the 193 United Nations Member States. Under this mechanism, the human rights situation of all UN Member States is reviewed every five years. The result of each review is reflected in the Final Report of the Working Group, which lists the recommendations the State under review will have to implement before the next review.