Journalists face legal suits, threats and obstruction for their work 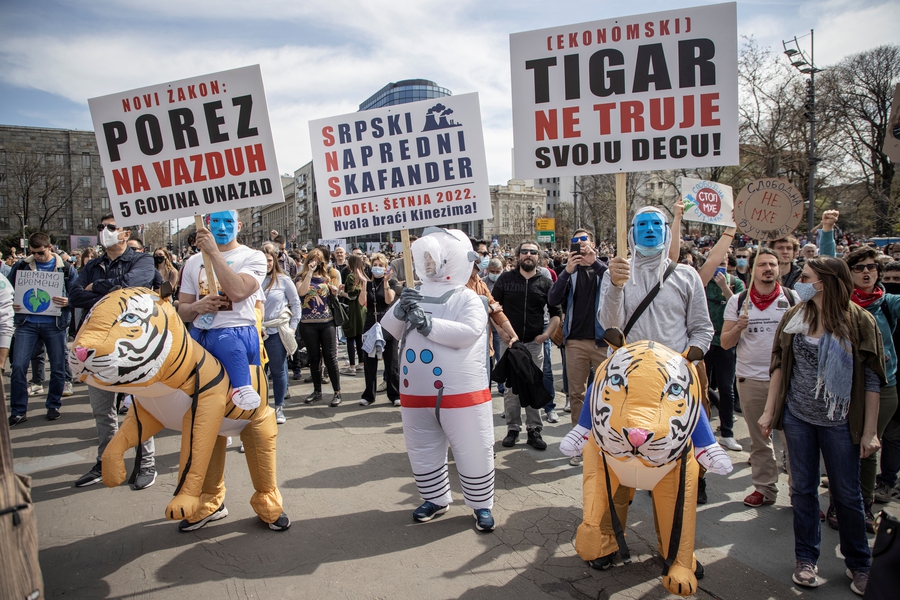 The Centre for Judicial Research (CEPRIS) has been under investigation by the financial police, as ordered by the Prosecutor's Office, to determine the regularity of the organisation's operations and finances. CSO representatives from 29 organisations have demanded that the authorities urgently stop the pressure on CEPRIS. They state that the ongoing investigation has basically disabled them from doing their jobs and that it constitutes an attack on the freedom of association of organisations that have critical stances towards the government.

The investigation of CEPRIS comes almost nine months after the Directorate for Prevention of Money Laundering of the Ministry of Finance asked banks to inspect all transactions for 20 individuals and 37 organisations (see previous update).

In a separate development, Fascist and threatening graffiti appeared on the walls of the cultural centre "Magacin" and the Creative Educational Centre for Persons with Disabilities, including the inscription "We are waiting for you", which remains to be investigated. It is unclear whether the messages were intended for the artists using these spaces or another group.

Protests in Serbia during this reporting period were a common occurrence, driven by various motives: environmental protection, dissatisfaction with the political situation and the management of the COVID-19 crisis, or gender and minority issues.

At a session of the National Assembly, MP Snežana Paunović from the Socialist Party appealed to the Ministry of Interior to monitor protests in front of the Assembly and elsewhere and to conduct security- and risk-assessments, upon which certain gatherings could be banned. Referring to an incident in which she and other MPs were allegedly verbally and physically attacked, she also appealed to the police to conduct regular ID checks of protest participants.

Several cases of lawsuits being filed against journalists and activists were reported in this period:

“We consider this lawsuit a threat and pressure on us to stop publishing about harmful projects implemented by the authorities and companies close to them. It is obvious that our writing has nothing to do with the stamp of the Millennium Team, but it wants to threaten those who write and publish about this company with a high lawsuit. Our legal team took over this case, so we will provide details about the lawsuit itself soon,” (translated from Bosnian).

The worrying trend of attacks, threats and obstructions on the work of journalists has continued.

“It is a very vulgar message that contains a certain threat, which caused fear in the journalist, especially because she was attacked several times in previous years, that is, she was threatened and she has been under constant pressure for a long time because of the work she does."

Several cases of obstruction of the work of journalists were reported:

According to the latest Freedom House report, Serbia scored 48 points out of 100, with 3,9 points for democracy, classifying the country as a Transitional Hybrid Regime.