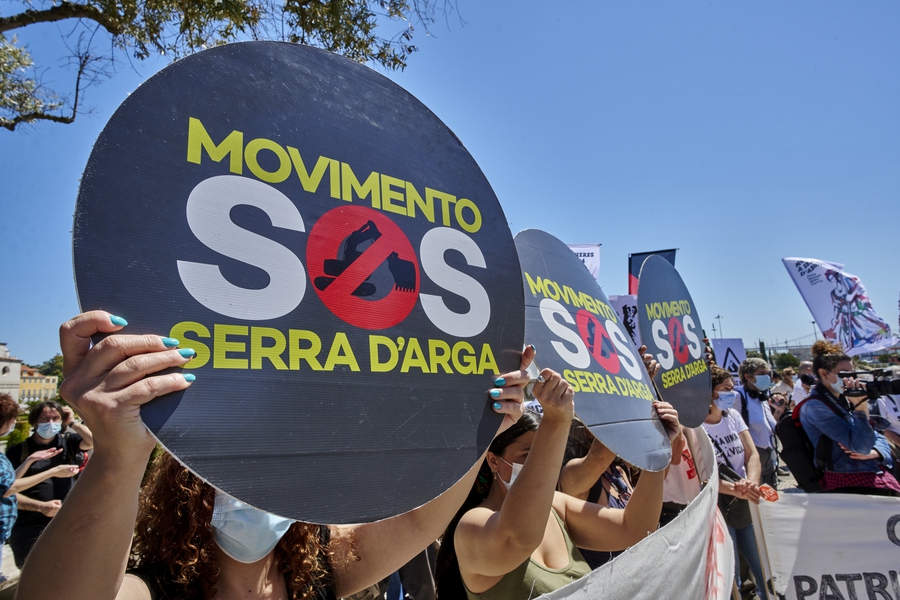 A resolution of the Council of Ministers passed in April 2021 has abolished the Foreigners and Border Service (SEF), replacing it with the Foreigners and Asylum Service (SEA), an organ that will now solely have technical and administrative powers, namely document issuance, database management, inter-departmental cooperation and external representation regarding Schengen and EU border and asylum agencies. This implies that the Foreigners and Asylum Service will lose policing competences, which will be transferred to the maritime, land, and port and airport authorities.

The reform abolishing the SEF was welcomed by association SOS Racismo, which claims that the agency was “xenophobic and racist” towards immigrants. The new SEA agency, in contrast, will have a central role in providing direct support to migrants and refugees, be it in administrative matters or in integration efforts, according to Eduardo Cabrita, the Minister of Interior. In an interview, SOS Racismo reflected on their expectations on this reform:

“SOS Racismo expects not only to see this separation of competences materialised, but also that its reorganisation process will finally respond to a model that is intended to guarantee the defence of citizenship rights to those who aspire to better living conditions, for themselves and their own, an essential step to recover the dignity of thousands of immigrants”. (translated from Portuguese).

Far-right radicalisation on the rise

The Annual Internal Security Report (RASI 2020) has revealed that radicalisation among Portuguese youth has been on the rise during the pandemic, particularly through the use of online forums and social media to disseminate disinformation and far-right messages. A report by Expresso summarises the report’s main conclusions, affirming that the far-right has expanded its support base in the country by galvanising “anti-system sentiments” that emerged in the context of the pandemic. These developments are concerning, especially in the context of increased attacks against civil society organisations in the country. In August 2020, members of a new group named Resistência Nacional (National Resistance) attacked the headquarters of anti-racist organisation SOS Racismo dressed in white masks and carrying torches. Around the same date, anti-racist and anti-fascist MPs and activists received email threats from another far-right group named Nova Ordem de Avis.

These incidents seem to indicate an increase in xenophobic attitudes. Furthermore, discourse of violence and hate has led to an escalating climate of tension and increased polarisation of Portuguese society. The Annual Internal Security Report adds:

Mamadou Ba, an anti-racist activist and working group member appointed by the Secretary of State for Citizenship and Equality, claimed that the Portuguese leadership lacked the necessary ambition to confront and address racism in Portuguese society. Particularly, the activist accused prime minister António Costa of equating, in one of his public statements, his anti-racism activism with the ideas of far-right party Chega. He added:

"Any equation between racists and anti-racists as a mere political expedient is, in addition to being dishonest, irresponsible and an unacceptable lack of political courage in the face of the racist and fascist threat".

The EU’s plans for achieving carbon neutrality in 2050 include a strategy to replace combustion vehicles with electric vehicles. Low-carbon energy requires new resources such as lithium, an essential mineral used for manufacturing electric batteries. As the international race to mine this precious mineral motivates investors and mining companies to explore new reserves, local communities in Portugal are coming to terms with the prospect of an open-air mine interrupting their village life. A recent example of this is found in the remote village of Covas do Barroso in Northern Portugal, where one of the largest estimated deposits of lithium in Western Europe was found. Residents, with the support of major Portuguese environmental organisations, have launched a campaign entitled “Não à Mina, Sim à Vida” (No to the mine, yes to life) to stop the development of the mine while it is still in its initial phase. One of the local shepherds, Paulo Pires said:

“I think it won't bring anything good. It will consume a lot of water, which we need for the sheep and for their fields. Instead of hearing birds, I will hear explosions, machines…there will be a lot of pollution. I’m not against lithium. But I'm not in favour of polluting my village and other villages like mine in order to depollute cities.”

Instances such as these are becoming more common across Northern Portugal and have led civil society to reflect on the potential impact that decarbonisation plans could have on local communities across the EU.

In this context, movements and associations from across Portugal (including several associations in defence of the village of Covas do Barroso) have signed a manifesto, expressing their disagreement with the ‘Green Mining’ discourse, which is increasingly common among European Commission and member state governments. The manifesto was presented ahead of the European Conference on Green Mining, which took place in Lisbon on 5th May 2021. The launch of the manifesto was marked with the organisation of a protest in the capital to oppose ‘Green Mining’ and highlight the false claims being made about land and the impact on the environment.

'Green Mining' is understood as a responsible and sustainable extraction of resources, which focuses on increasing efficiency, while minimising social and environmental impact. Signatories of the manifesto, however, argue that these objectives are fallacious and seek to legitimise widespread use of open pit mining in less and less resource-abundant sites, causing large amounts of waste material and air and water contamination. In their view, reducing greenhouse gases should not come at the expense and sacrifice of mining areas. Rather, management should be economically sustainable and move away from traditional extractive industry practices. The narrative of ‘green mining’ attempts to appease the local population, who are likely to oppose the project, while deflecting attention from the undoubtable social and environmental impact of mining activities. In other words, the manifesto adds:

“mining is never sustainable, since mineral resources are not renewable (…). According to the Global Resources Outlook 2019, the extractive industry and the processing of resources is, at the global level, responsible for 90% of the loss of biodiversity, for the increase in water stress, and for about half of the global emissions of greenhouse gases.”

In their efforts, signatories of the manifesto demand access to “accurate, clear, transparent information” about mining plans in Portugal and across the EU, as well as the adoption of a model of development based on environmental preservation and the active role of citizens in shaping the decisions that impact them.

More than a thousand workers gathered in Lisbon on 1st May 2021 to protest for labour rights.Trade unions remarked that the COVID-19 pandemic "has worsened many of the problems" of workers and that "the Government's response" has been "unbalanced”. While the General Confederation of Portuguese Workers – National Intersindical (CGTP-IN) and the Union of Unions of Lisbon (USL) organised street protests, the General Union of Workers (UGT) opted for an online conference.

Journalist Conceição Queiroz, an active voice in fighting racism in Portugal, was attacked live on TVI24. She was approached by a passerby who hurled racist insults at her, which interrupted the live broadcast Queiroz was reporting on during the first working day after the State of Emergency was lifted in Lisbon. The journalist has previously faced threats and insults, both in person and online.

The video of the encounter, widely shared on social media and shared by anti-racist group Eu nas Minhas Philosofias, started a conversation about the treatment of people of colour in Portugal and beyond. MP Joacine Katar Moreira expressed solidarity with the journalist, claiming that these sorts of attacks should not be tolerated.

#Portugal: #TVI correspondent #ConceiçãoQueiroz was intimidated and racially attacked by a passerby during her live broadcast. These racially charged attacks need to stop. #CFWIJ demands that authorities bring the perpetrator to account.