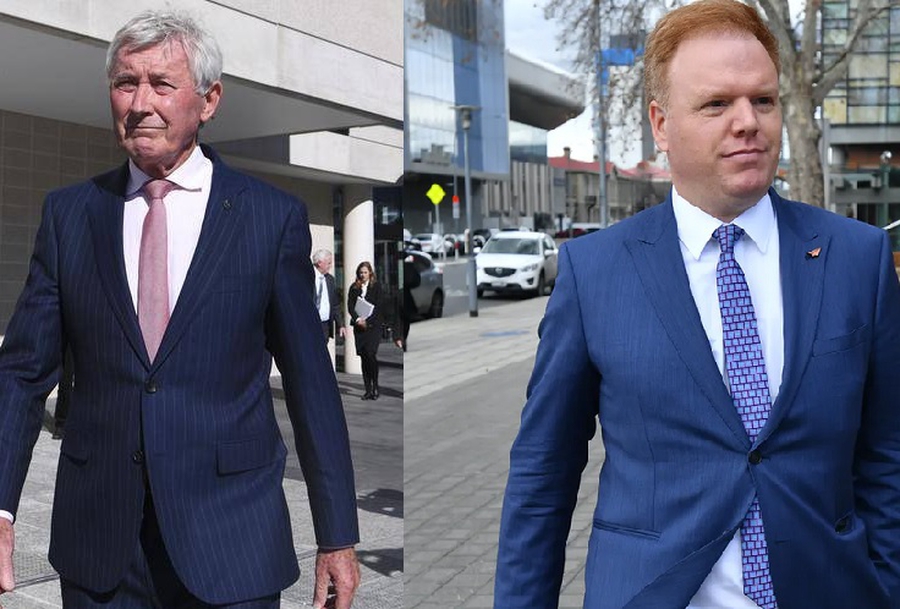 Civic space in Australia remains ‘narrowed’ in ratings published by the CIVICUS Monitor in December 2020 and in January 2021, the UN Human Rights Council called on the government to do more to respect fundamental freedoms. Despite this, in recent months, whistleblowers continue to face prosecution, while the federal government is currently pursuing regulatory change, to allow for the deregistration of charities, in cases where staff commit minor legal breaches. Protesters continue to face arrests but a dangerous anti-protest law was voted down in Tasmania’s upper house.

Challenge by whistleblower will be held in secret

On 17th May 2021, it was reported that a legal challenge to the secrecy of information involved in the prosecution of a lawyer for representing whistleblower Witness K will itself be held in secret.

The Australian Capital Territory court of appeal began a two-day hearing of Bernard Collaery’s appeal but closed the court to the public within five minutes due to the requirements of the National Security Information Act.

As previously documented, the government is prosecuting Witness K and Collaery, his former lawyer, under section 39 of the Intelligence Services Act for disclosing information about the bugging of Timor-Leste government buildings in 2004, an operation that gave Australia the upper hand in talks to carve up resources in the Timor Sea. Witness K has signalled an intention to plead guilty after “six years of seclusion, harassment and questioning” but Collaery is fighting the charges. Details of the case and evidence are shrouded in secrecy because the government has deemed them secret under the NSI Act.

Human rights lawyers and civil society groups have criticised the prosecution of the two and called for the case to be dropped.

Leading and prominent human rights lawyer Geoffrey Robertson said that Bernard Collaery and Witness K are being targeted for doing nothing more than telling the truth while those responsible for the bugging continue to go free. He added that that if Australia permits this trial and any more to go ahead behind closed doors, it would be “very damaging” to the fundamental principles of open justice.

Australian National University barrister and former Director of Public Prosecutions Nicholas Cowdery said that while crimes are prosecuted to punish those who cause harm, “here those being persecuted are people who exposed harm the government did in our name” and that, due to their embarrassment, “the wrong parties are being prosecuted”.

Human rights groups have also previously condemned the charge for exposing government wrongdoing, saying this case could have a chilling effect on officials who see government corruption or wrongdoing and want to do something about it.

The Human Rights Law Centre said that “there is no public interest in prosecuting Bernard Collaery and Witness K, who did the right thing by exposing wrongdoing. The Commonwealth Director of Public Prosecutions has the power to discontinue a prosecution at any time. They should exercise that power.”

During its review at the UN Human Rights Council in January 2021, states called on the government to repeal national security laws that violate the right to freedom of expression and to protect whistleblowers.

On 29th April 2021, the Human Rights Law Centre criticised the Commonwealth Director of Public Prosecutions’ decision not to drop the prosecution of whistleblower Richard Boyle, saying that “the ongoing saga shows the need to urgently overhaul Australia’s whistleblower protection laws”.

Boyle is a former Australian Taxation Office (ATO) employee who blew the whistle on aggressive debt recovery practices targeting small businesses, which ultimately led to several reviews and policy reform. He initially raised his concerns internally in accordance with the federal Public Interest Disclosure Act, but after nothing was done he went to the media, which is also in accordance with the Act.

Boyle was subsequently charged with offences that could have seen him sentenced for up to 160 years in prison.

Human Rights Law Centre Senior Lawyer, Kieran Pender said: “The prosecution of Richard Boyle is profoundly wrong and unjust. There is no public interest in putting Boyle on trial for blowing the whistle. Whistleblowing is not a crime.

The Human Rights Law Centre called for the Public Interest Disclosure Act to be reformed and for the CDPP to drop the prosecution of Boyle along with those of fellow whistleblowers David McBride, Bernard Collaery and Witness K.

On 2nd June, The Commonwealth dropped 42 charges from 66 against Boyle, with the case yet to go to trial before a jury. The charges were dropped days after a federal parliamentary report found the Australian Taxation Office (ATO) had conducted a "superficial" investigation into his public interest disclosure.

However, if found guilty of each of the alleged offences — including using a listening device to "overhear, record, monitor or listen" to a private conversation, recording another person's tax file number and disclosing protected information - Boyle could still face a maximum sentence that means he spends the rest of his life in jail.

A senate committee report on press freedom tabled on 19th May 2021 has recommended that laws to protect public interest journalism should be beefed up and a culture of transparency promoted.

Media companies told the inquiry that press freedom and the protection of whistleblowers is essential to democracy and must be balanced with national security issues.

The report has 17 recommendations, including improving the freedom of information laws which often produce documents so redacted they are useless, and amending the criminal code to reverse the onus on journalists to prove their stories are in the public interest.

The senate committee said that government agencies should have to prove "real and serious" harm caused by the publication of classified intelligence and information before a criminal investigation can be launched. The committee argued that current secrecy provisions in Commonwealth criminal legislation are far too broad, demanding an urgent review of national security legislation.

As previously documented, the inquiry was sparked by the Australian federal police raid in 2019 on the home of a News Corp reporter seeking information about the publication of classified material, shortly followed by a raid on the ABC headquarters over reporting of alleged war crimes in Afghanistan.

Groups slam plan to shut down charities for minor offences

Civil society groups and experts have warned that a planned crackdown on charities by the government will muzzle the sector, restrict dissent and stifle political advocacy.

The federal government is currently pursuing regulatory change to allow for the deregistration of charities in cases where staff commit a summary offence, the most minor of legal breaches. The sector fears the changes are a threat to the right of almost 59,000 registered not-for-profits to engage in political advocacy.

The Australian and New Zealand Third Sector Research group has warned the changes are a “massive overreach” and completely unnecessary, given that strong powers are already available to the regulator, the Australian Charities and Not-for-profits Commission. It said: “The current government is once again proposing legislation aimed at silencing civil society from advocating,”

Under the proposed governance standards, the Australian Charities and Not-for-profits Commission (ACNC) commissioner could revoke an organisation’s charitable status if they reasonably believed it was “more likely than not that the entity will not comply with a governance standard”. This means it is not necessary for a charity to be charged or found guilty of an offence for the commissioner to take enforcement action.

Charities say these proposed changes could mean a charity is deregistered if a member of a charity’s staff attends a local protest and obstructs traffic, or even if an employee tweets in support of a rally where people remain after being asked to move on by police.

On 25th March 2021, a dangerous anti-protest law was voted down in Tasmania’s upper house. Human rights, Aboriginal, social justice and environment organisations have welcomed the Tasmanian Legislative Council’s commitment to civil liberties with its voting down of the Workplaces (Protection from Protesters) Amendment Bill 2019.

According to the Human Rights Law Centre, the anti-protest bill was dangerously broad and, if passed, would have seriously undermined people’s right to come together and speak out about the issues they care about. The proposed law would have created several broad and poorly defined offences which would criminalise various peaceful advocacy actions on a range of issues. The bill had proposed a one-year jail sentence for a first offence of protesting at a “workplace”, a four-year jail sentence for a second offence and, potentially, 21 years’ jail for a third offence.

A previous version of the same law was struck down by the High Court for being an unlawful restriction on Australians’ freedom of political communication. The bill was criticised in the Legislative Council for being ineffective, broad and unnecessary. If passed, the law would have almost certainly ended up back at the High Court.

Yusur Al-Azzawi, Senior Lawyer at the Human Rights Law Centre said: “We welcome the Legislative Council’s vote to stop this law. Governments have a responsibility to uphold and protect the right to protest. Whether it’s women’s rights, transgender rights, racial justice or the environment, our ability to come together and speak out on the things we care about is fundamental to our democracy.”

In a submission to the UN Human Rights Council in July 2020, CIVICUS had documented how the government has taken a number of undue measures to subvert the right to peaceful assembly by pushing for new anti-protest laws which are at odds with Australia’s international obligations.

Australian police arrested nearly a dozen people over protests on 26th May against the development of a mine waste storage facility in a wilderness area on the southern island of Tasmania.

Police had broken up the protesters' camp the week before, 142 days after it was set up in an effort to protect the environment. Jenny Weber of the Bob Brown Foundation said: "We are protesting for the protection of Australia's largest temperate rainforest. Our stand is against MMG, which plans to build a tailings dam and it's the wrong place in this time of climate emergency."

The arrests come ahead of a decision next month by environment minister Susan Ley on the conditions for allowing the waste storage by MMG Ltd, the Australian unit of China's Minmetals, at the island's South Marionoak site.

MMG plans to pipe storage for the waste 3.5 km west from its mine to the South Marionoak site. The plan would put at risk 285 hectares including some rainforest that falls outside national or state protection.

On 2nd June, the Bob Brown Foundation said that protestors have re-entered the site of MMG's proposed toxic tailings dam to prevent the further clearing of rainforest and road building in Takayna/Tarkine. Student Tzigane Scholz-Talbot had locked herself onto mining equipment to prevent its use.

On 2nd June 2021, about 20 protesters got inside the Land Forces Australia expo at the Brisbane Convention and Exhibition Centre and several climbed onto a tank that was on display.

One of the protesters, a 27-year-old man, locked himself onto the tank with a bicycle D-Lock around his neck. Police ordered a number of them to move on, but 17 people were arrested

In a statement, Disrupt Land Forces protest group spokesman Jarrah Kershaw said the event was being targeted because "these companies and the defence forces who buy their weapons are not welcome in Brisbane".

The day before, seven protesters were arrested amid scuffles with police as about 150 activists gathered outside the expo. Protesters spread fake blood over the stairs and pavement outside the centre and heckled attendees and police. Dozens of uniformed soldiers were also jeered as "war criminals".