Venezuela cracks down on civil society operation and funding 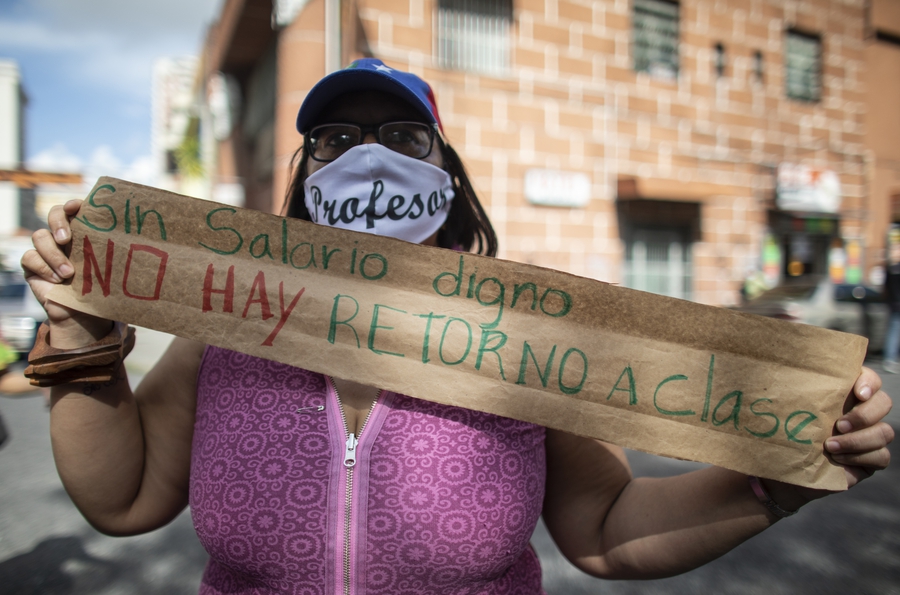 Restrictions on the right to association and civil society funding

We raise our voices to eliminate this new threat & to guarantee the civic space that Venezuela needs #EliminenLaProvidencia002https://t.co/MpUw003cAt pic.twitter.com/N4usv0lIK2

On 30th March 2021, Venezuela’s Interior Ministry published Administrative Ruling 001-2021 for the Unified Registry of Obligated Subjects, requiring all non-governmental and non-profit organisations in the country to provide sensitive information regarding their activities. Under the guise of fighting crime and terrorism, the measure required civil society organisations to register for monitoring and supervision that would include providing information such as their donors and partners, financial movements and identity of beneficiaries. According to Human Rights Watch, by using a broad definition of “beneficiaries,” the ordinance would establish an alarming requirement that humanitarian and human rights organisations reveal the identities of the victims and vulnerable communities that they serve.

Civil society organisations condemned the measure, saying that by establishing the possibility of criminalisation and imprisonment for non-compliance, it would put at risk the work of thousands of organisations that provide support to the most vulnerable sectors of the population. They also argued that this ordinance was unconstitutional, as it would violate the right to association and the principles of presumption of innocence and legality.

The Inter-American Commission on Human Rights (IACHR) and their Special Rapporteur on Freedom of Expression also rejected the administrative ruling, urging the State of Venezuela to rescind it and to guarantee the right of association of non-governmental organisations. In a statement, they said the requirements could promote the stigmatisation of human rights organisations and defenders and that authorities cannot use counter-terrorism efforts to justify the repression of these actors.

The original administrative ruling was substituted in early May 2021 by Administrative Ruling No. 002-2021, which removed language obliging organisations to provide the government with a list of their beneficiaries. However, the new measure still creates new requirements that civil society says arbitrarily exceed those established in the current legal framework. The ordinance also maintains concerning elements which may be used to criminalise civil society work.

Separately, on 15th April 2021, the Commission for Foreign Policy, Sovereignty and Integration of the government-controlled National Assembly approved a draft law which would limit international funding to civil society. The proposed legislation maintains the text from a previous proposal criticised for enabling the government to regulate what legitimate non-governmental organisations can and cannot do, including their access to international cooperation funding.

As reported by Human Rights Watch, these measures are the latest of several initiatives intended to restrict, criminalise and intimidate civil society. In October 2020, the Maduro government issued a resolution requiring international civil society operating in Venezuela to register their activities and intentions. In November 2020, the government’s Superintendency of Venezuelan Banking Institutions (Sudeban) announced that it would require all financial institutions in Venezuela to monitor all business and financial operations carried out by non-profit organisations in the country.

On 25th April 2021, security forces detained Orlando Moreno, a human rights defender and coordinator of civil society organisation Foro Penal in the state of Delta Amacuro. At the time, he was taking testimony from family members of fleeing Venezuelans who were aboard a vessel that sank on the way to Trinidad and Tobago in late April. Authorities claimed Moreno had been “instigating hate”. Foro Penal said that due process was violated as the defender had not been taken to court within 48 hours of his arrest. Civil society organisations campaigned to demand his release, recalling that Moreno was only doing his job as a human rights defender. On 30th April 2021, he was released on bail with precautionary measures.

On 19th April 2021, unidentified attackers set fire to the regional headquarters of the Colegio Nacional de Periodistas (National Union of Journalists - CNP) in the state of Sucre. As reported by the Committee to Protect Journalists, the fire brigade said the fire was manmade, and identified a hole in the building’s ceiling that was likely used by the arsonists to enter. Though no one was harmed in the attack, the offices were completely destroyed.

#VENEZUELA: We are alarmed by the seizure of the headquarters of the @ElNacionalWeb newspaper, as partial payment of the damages ordered by the Supreme Court in favor of Diosdado Cabello.

Cabello had sued the outlet for defamation.https://t.co/5jvajsAB8t

On 14th May 2021, a Caracas court ordered the seizure of newspaper El Nacional’s headquarters. Bolivarian National Guard agents raided the newspaper’s offices in the Los Cortijos area of Caracas, evacuated the outlet’s staff and took control of the building.The embargo followed a decision by the Venezuelan Supreme Tribunal, which ordered El Nacional to pay the equivalent of more than US$13 million in damages for defamation to Diosdado Cabello, a congressman and the vice president of the ruling Socialist Party. The IACHR condemned the seizure and reminded Venezuela’s authorities that these arbitrary actions violate freedoms of expression and the press.

Civil society organisation Espacio Público (Public Space) recorded 19 incidents resulting in 36 violations of freedom of expression in Venezuela in April 2021. The most frequent violations were censorship, intimidation and threats. In most cases, perpetrators were state institutions, security agents and public officials while the most frequent victims were journalists. In one example, on 27th April 2021 in Zulia, members of the Bolivarian National Guard detained journalists Lenin Danieri and Edwin Prieto while they covered a protest by the Yukpa community in Zulia. According to the reporters, they were made to strip to undergo a security search and Guard agents erased the material they had recorded.

Another report, produced by the Instituto de Prensa y Sociedad (Institute of Press and Society - IPYS), found that 153 media outlets were affected by digital censorship in Venezuela in 2020. The organisation registered at least 4,262 pieces of evidence of internet restrictions and censorship affecting media, journalists and civil society.

On 22nd April 2021, the Observatorio Venezolano de Conflictividad Social (Venezuelan Observatory of Social Conflict – OVCS) published a report on protests during the first trimester of 2021. According to their data, there were 1,506 protest actions - on average 17 daily demonstrations - between January and March 2021. This figure represents a decrease of 24% compared with the same period in 2020. About 76% of the protests were organised around demands for economic, social and cultural rights. Dollarisation of salaries and living wages were key demands of worker-led protests, in a context of hyperinflation which has reduced workers’ purchasing power. OVCS said authorities repressed 23 demonstrations in 13 states of the country, resulting in 13 protesters detained, six injured and one person killed.

In April 2021, the organisation recorded 548 protests - most of which demanded basic services, health and labour rights. On 17th April 2021, for instance, healthcare professionals and opposition groups rallied in Caracas to demand equality in the rollout of vaccines against COVID-19. They claimed that the government had politicised the vaccination efforts, prioritising certain groups over others.