Smear campaigns against the media and CSOs continue 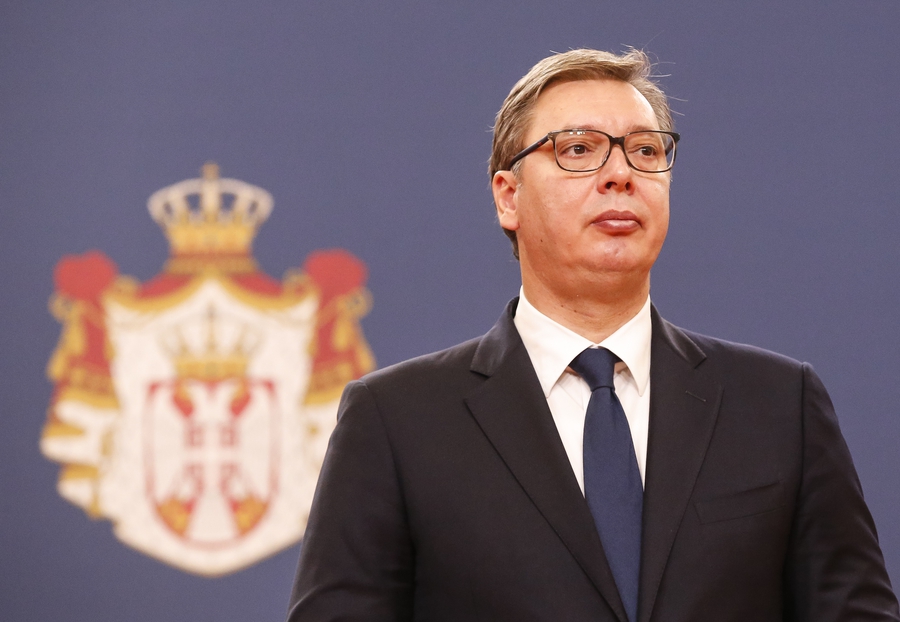 Cases of political intimidation and attacks towards civil society organisations (CSOs) and their representatives have been noted during the reporting period and are considered a continuous effort to deter future activism.

Activist Aleksandar Jovanović Ćuta, representative of the association ‘Let's Defend the Rivers of Stara Planina’ (ORSP), was brought in for ‘informative’ questioning after he announced a mass rally, the "Environmental Uprising" and denounced the state’s response to the ecology during a talk show on national TV. Under allegation of the possibility of committing a crime, the questioning was conducted by the Service for the Fight against Organised Crime, whichstirred up further controversy.

In addition to this incident, the associations KRIK and CRTA have also been targets of smear campaigns by high-ranking officials of the ruling party and pro-government media. KRIK, a network for investigating crime and corruption, has been accused of being a ‘criminal organisation that launders money and does not pay taxes’ – a rhetoric which was met with condemnation by the domestic and international sphere. The association CRTA was a target of verbal attacks due to its criticism arising from the monitoring of the National Assembly’s work. Allegations against CRTA included a coup attempt and calls for the assassination of the President of the Republic. The organisation also faced verbal threats which it addressed by filing a report in line with the legal framework; however, no institutional action has been taken as yet. The European Parliament and the European Economic and Social Committee (EESC) have condemned the behavior of members of the ruling majority and expressed concerns over attempts to criminalise CSOs and media, appealing to the Government to protect independent organisations and ensure the principles of democracy and the rule of law.

On 23rdMarch 2021 two activists of the Local Front Valjevo initiative were arrested while attempting to erect a banner that read "you are not welcome" on the side of a local road, referring to President Aleksandar Vucic who was supposed to pass by. They were arrested on charges of obstructing an official in the performance of his duties by refusing to leave the section of the road where the president’s vehicle was supposed to travel.

The practice of founding GONGO associations that imitate well-known CSOs in their field of activity by using their visual identity is now also being practised in the media sphere. In early February 2021, the web page of the recognisable “Juzne vesti” was plagiarised with the appearance of a new web page that differs from the original by including the word “info” in the official web page address. Although the web site is characterised by predominantly neutral content, it discredits the genuine media outlet and creates confusion among the public. The ownership and management of the plagiarised outlet can be traced back to Zoran Majdak, who is alleged to have carried out a similar action in March 2020 against the OzonPress portal from Čačak, and attempted to “steal the identity” of other local media. In addition, Majdak’s company “Info 24” received over 11 million dinars (approximately 93,140 Euros) from the local authorities’ competitions for co-financing media projects, which affects the financial existence of independent local media with long-standing traditions.

In addition, a dangerous tabloid campaign has been launched against KRIK, bringing its journalists into contact with an organised criminal group called Belivuk kin. The campaign is based, among other things, on incorrect claims that Belivuk gave information to KRIK, which not only discredits the work of investigative journalists, but also directly endangers their physical safety. This attack provoked reactions from the Independent Association of Journalists of Serbia and Human Rights House, condemning the targeting of the media and journalists by the government and media aligned with them:

"…When government officials and media close to them constantly accuse independent journalists and media of being traitors, foreign mercenaries, an extended arm of the opposition, ignorant people and liars, conspirators in the victory of the coronavirus, and now even the associates of the suspects in the most serious acts of organised crime, the government and the media close to them bear full responsibility for endangering the safety of journalists, media freedom and the lack of the rule of law…” – Human Rights House statement. (Translated from Serbian).

The seriousness of this campaign is further emphasised by the fact that it started immediately after an unprecedented press conference by the President, the Prime Minister and the Minister of Interior, following the arrest of organised criminal group Belivuk kin. The conference, widely broadcast live, showed photos of decapitated bodies of victims and other graphic details on the operations that the kin conducted, despite a public appeal by the mothers of the missing young men suspected to be the victims. In spite of negative reactions by the public, the publication of the sensitive material was justified by the Prosecutor's Office for Organised Crime, who stated that it did not jeopardise the investigation. The focus of the public allegations was centred around KRIK for a while. Parliamentarians from the ruling majority continued their campaign against the KRIK editorial office and editor-in-chief Stevan Dojčinović, trying to depict KRIK as an extended arm of the kin.

The International Press Institute (IPI) and nine other media freedom organisations sent a letter to Serbian President Aleksandar Vucic and Prime Minister Ana Brnabic, expressing serious concern over the lack of a decisive government response to the campaign against KRIK, and fearing that such a campaign could lead to impunity and to an intensification of threats and violence. In addition, it led to six out of nine organisations withdrawing from the Working Group for Security and Protection of Journalists, but this also did not lead to a response by the authorities.

Other attacks and violations were also noted during the reporting period, such as the tabloid campaign and death threats on social networks towards the university professor Dinko Gruhonjić, the discrediting and sexist statements towards the journalist Isidora Kovačević, or the discrimination against media outlet Sandzak TV which was obstructed in its work and in access to public information.

In a positive development, two years after journalist Milan Jovanovic’s house was burnt down and after numerous attempts to obstruct the legal process, a court found two accused guilty and handed down two four-year sentences to both accused, with one accused still on the run. Although the ruling can still be appealed, this verdict provides a glimpse of hope regarding punishing acts in violation of freedom of expression.

There have also been several important developments in the media environment. In February 2021, the Regulatory Body for Electronic Media (REM) decided to place N1, Nova S and Al Jazeera under supervision, as TV channels “with significant ratings”. It also stated that numerous irregularities were noticed in the show “Mentalno Razgibavanje” broadcast on Nova S. Although REM is not overstepping its competencies, the measure sets a precedent since the standard practice is to only oversee TV channels with national frequencies. On the other hand, the REM has been criticised for overlooking more serious violations of regulations and standards by media considered to be more pro-government oriented. For example, the body suspended its procedure against Pink TV which related to a death threat that was made during a reality programme broadcast. In its amended EU Report on Serbia, adopted in February 2021, the European Parliament also noted that the REM has failed to regain public trust and perform in accordance with the required standards and highlights attempts to criminalise free media and civil society.

In terms of legal changes during the reporting period, the Law on Electronic Media and the Law on Public Information have been in the process of amendment. The ruling majority in the parliament proposed amendments to the Law on Electronic Media. The new proposal foresees astronomical fines for a member of the Regulatory Council if it fails to determine that television stations licensed abroad (such as N1, Nova S, Sport klub) are not in line with the new legal definition. Experts assess that the adoption of the proposed changes could prevent the work of certain media, and state that punishments could serve the purpose of "disciplining" REM Council members who have expressed different opinions on some issues. When it comes to the Law on Public Information, whose amendment process started recently, CSOs and the expert-public commented on the necessity of a transparent procedure that involves competent CSOs and all the stakeholders concerned in order not to end up with a solution that does not align with the public interest.