Feminist groups set up protest camp in the Dominican Republic 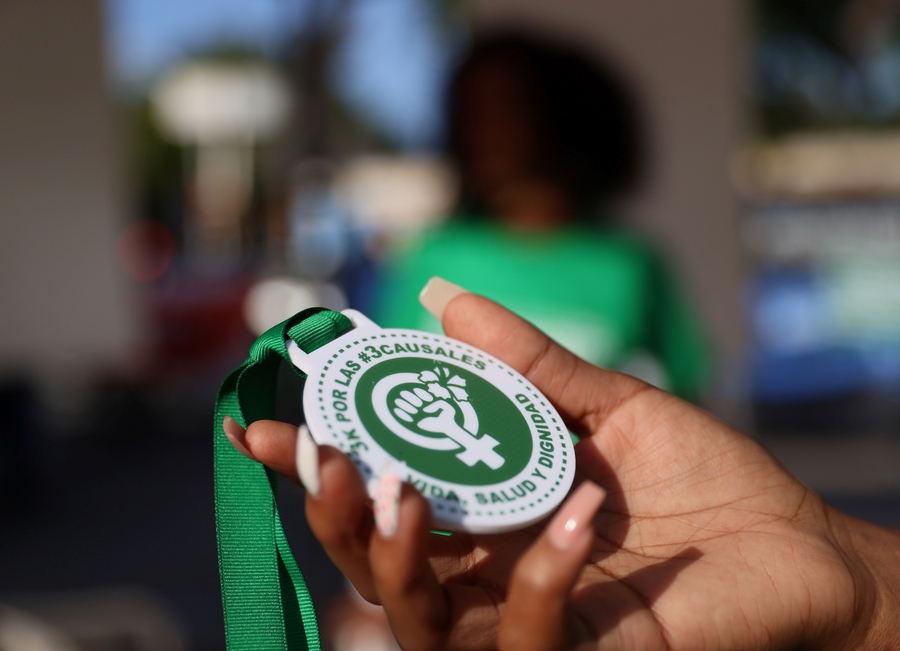 In March 2021, reproductive rights activists protested to demand a change to the Dominican Republic’s punitive laws regarding pregnancy termination. The country is one of a handful in Latin America and the Caribbean where abortion is criminalised and prohibited in all circumstances. Unsafe abortions are among the leading causes of maternal mortality in the Dominican Republic, and about 22% of abortions are carried out on adolescents.

Discussion around the topic reignited across the region after Argentina legalised abortion in December 2020, following decades of mobilisation by local women’s movements. In February 2021, the Dominican Republic’s National Human Rights Commission called on President Abinader to fulfil his election campaign promises of reforming the country’s Penal Code to ease abortion legislation. On 16th March 2021, a presidential advisory group recommended a reform of the Code to decriminalise abortion in three circumstances: cases of rape or incest, risk to the mother’s life and of unviable pregnancies. However, this proposal was rejected by the Justice Commission of the Chamber of Deputies, which proposed instead that abortion be allowed only when the mother’s life is threatened.

From 11th March 2021, feminist activists set up camp outside the National Palace in Santo Domingo to show their support for a law recognising three grounds ("tres causales") for legal abortion. The protest was organised by several women’s organisations, who demanded more leadership from Abinader in the debate regarding the Penal Code. Sergia Galván, a Dominican women’s rights activist, told the Pledge Times: “We consider that this is the opportune moment because there is a commitment from the President.”

On 11th April 2021, the feminist groups convened a rally to celebrate one month of continuous mobilisation. The #LasCausalesVan movement also gained international solidarity from international women’s movements and the Dominican diaspora in the United States.

On 24th February 2021, dozens of parents protested in front of the Ministry of Education to demand civil society participation in a meeting of the National Education Board, which was set to review education policies in the context of the COVID-19 pandemic. The parents argued that the lack of in-person classes was having a negative effect on the country’s children and youth. During the meeting, the Council approved the progressive and voluntary opening of schools.

On 18th December 2021, journalist Dulce García Robles of radio station La Kalle was accused by police of attempting to “attack a police station”. As previously reported by the CIVICUS Monitor, on 18th October 2020, Robles participated in a protest in front of the San Pedro de Macorís police station to demand the release of another journalist who had been detained for an alleged curfew violation during COVID-19 restrictions. During the protest, Robles was assaulted by a police officer.

According to the International Federation of Journalists (IFJ), instead of protecting the reporter, the police filed a complaint against her which led to the presentation of charges in December 2020. Dominican press association Sindicato Nacional de Trabajadores de Prensa (National Union of Press Workers - SNTP) and the IFJ condemned this allegedly unfounded accusation, saying it is an attempt to intimidate the journalist. Other press associations also expressed their solidarity with Robles.