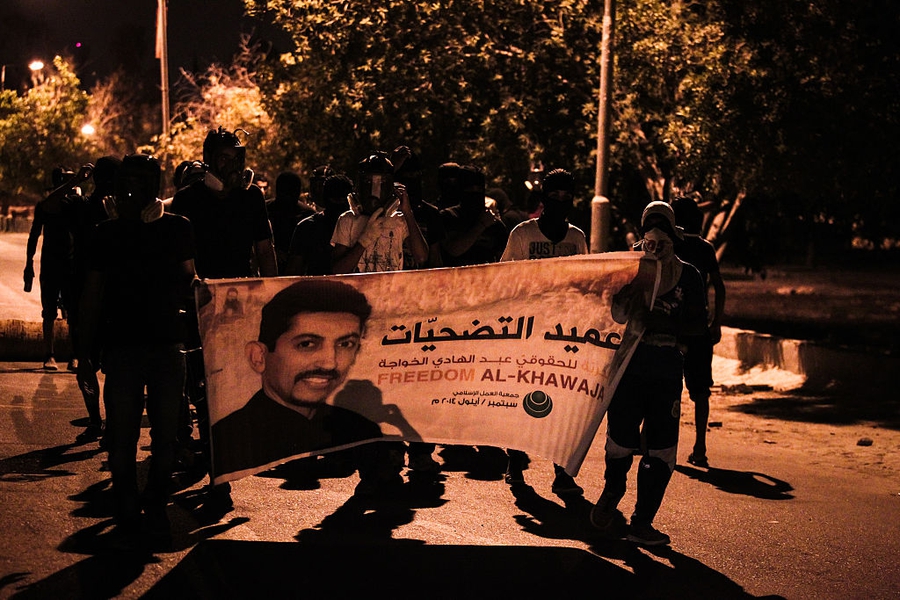 A disciplinary board in #Bahrain has arbitrarily revoked the legal licence of prominent Bahraini defence lawyer Abdullah Al-Shamlawi for one year today, amid a government crackdown on defence lawyers and other prominent civil society figures.

On 22nd March 2021, acting on a complaint filed by the Minister of Justice, Khalid bin Ali Al Khalifa, the Lawyers’ Disciplinary Board prohibited human rights lawyer Abdullah Al-Shamlawi from practising law for one year. The Gulf Centre for Human Rights has been informed of Al-Shamlawi’s intention to appeal the decision to the Lawyers’ Disciplinary Board of Appeal. The Minister alleged that several tweets posted by Al-Shamlawi had violated Article 43 of the Lawyers’ Code. This carries penalties ranging from warnings to suspension from practice for a period not exceeding three years or revocation of the licence to practise law. As previously reported on the Monitor, Al-Shamlawi has previously faced trial for two tweets, including one which he later deleted, giving his personal views on fasting, and another tweet commenting on a tweet published by Al-Ayam newspaper in 2018.

On 16th March 2021, GCHR, in cooperation with its human rights partners, Americans for Democracy and Human Rights in Bahrain (AHRDB), the Bahrain Center for Human Rights (BCHR), International Federation for Human Rights (FIDH), and the World Organisation Against Torture (OMCT), launched a report entitled “Patterns of Torture in Bahrain: Perpetrators must Face Justice.” Drawing on first-hand witness statements by survivors of torture, the report is a comprehensive study on the specific ways and means by which torture is perpetrated in Bahrain, with a particular focus on the period since the 2011 popular movement and the violent crackdown that followed. The report describes the systematic use of torture in the Bahraini criminal justice system, which amounts to official government policy that is specifically used to target human rights defenders, political activists, journalists, religious leaders and all dissenting voices.

Another report, published by BCHR in cooperation with GCHR entitled Bahrain: Torture is the Policy and Impunity is the Norm, documents the cases of 24 opposition figures and civil society activists, as well as dozens of cases of convicted political prisoners, who have been tortured. “Although, since 2011, Bahrain has introduced several reforms to address illegal practices committed by its security forces, torture is widespread and systematic,” says the report. According to BCHR’s documentation, “almost every person who has been arrested as a result of the 2011 popular movement was subjected to different levels of ill-treatment during arrest, interrogation, pretrial detention, or in prison.” The report says, “The security forces tortured detainees either to extract confessions or as a punishment for participating in the peaceful protests. Different types of physical and psychological torture were committed against detainees in different police stations, security apparatus' premises, detention centres and prisons.”

The European Parliament has voted overwhelmingly in a plenary session today to adopt an urgent resolution condemning human rights abuses in Bahrain, including an increase in the use of the death penalty, the continued use of torture against detainees and the persecution of HRDs pic.twitter.com/d3TY4kSwsP

In separate developments, on 11th March 2021, the European Parliament adopted a resolution calling on Bahrain to free human rights defenders, stop violating freedom of expression and put an end to the use of travel bans and the revocation of citizenship in retaliation against peaceful human rights activities. The resolution “calls for the immediate and unconditional release of all human rights defenders and prisoners of conscience, including Abdulhadi al-Khawaja, Dr Abduljalil al-Singace, Naji Fateel, Abdulwahab Hussain, Ali Hajee, Sheikh Ali Salman and Hassan Mshaima, who have been detained and sentenced for merely exercising their right to freedom of expression.”

In a joint letter, led by the Bahrain Institute for Rights and Democracy (BIRD), to the European External Action Service (EEAS) ahead of the Bahraini foreign minister’s visit to Brussels in February 2021, 20 organisations had asked the EU to press for human rights defenders’ freedom.