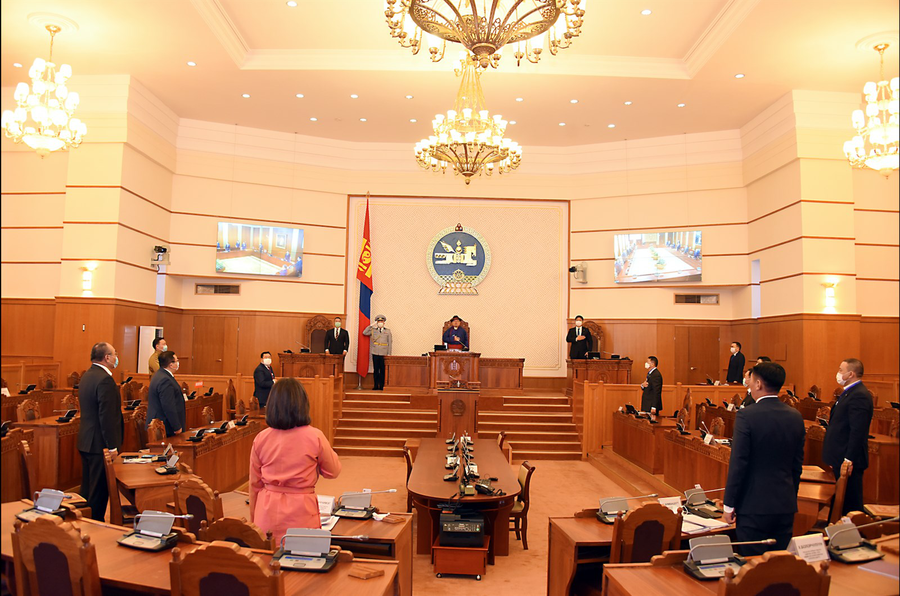 In January 2021, Mongolia’s Prime Minister Khurelsukh Ukhnaa submitted his resignation to parliament after protests in the capital Ulaanbaatar over the government’s handling of the COVID-19 pandemic.

Khurelsukh said in his resignation statement that he should “assume the responsibility upon himself and accept the demand of the public.” The protests also triggered the dismissal of senior health officials. Mongolia’s deputy prime minister and health minister also tendered their resignations. The incident came amid growing public dissatisfaction with Mongolia’s economic situation and a lack of job opportunities. Presidential elections have been set for June 2021.

The human rights defenders protection law is coming up for discussion in the current parliamentary session while a new and restrictive set of proposed NGO laws are still being considered.

The Mongolian authorities have supported the adoption of a human rights defenders’ protection law as part of its review at the Human Rights Council. The bill was submitted to parliament in May 2020 and is up for debate in the current parliamentary session.

As previously documented, one of the key recommendations by member states at the UN Human Rights Council in November 2020 was for the government to finalise and adopt as quickly as possible the draft act on the protection of human rights defenders against attacks, threats and intimidation.

This was also echoed by Mary Lawlor, Special Rapporteur on the situation of human rights defenders. In December 2020, Lawlor called upon the Mongolian parliament to move forward with the Human Rights Defender Law. The law includes a definition of human rights defenders in line with international standards and provides for their protection. It also foresees the establishment of an independent body to prevent and respond to violations of their rights.

Lawlor said: "Mongolia has a chance to be a regional leader, and I urge all parliamentarians to support this important law, which would make it easier for human rights defenders to continue their important work”.

During the adoption session, Amnesty International welcomed Mongolia’s acceptance of the recommendations and stated that the authorities should ensure that the adopted law provides effective protection to all human rights defenders in Mongolia regardless of their nationality, and against all attacks on them originating from within or outside the Mongolian territory.

The CIVICUS Monitor has also received information that the previously proposed draft law on non-profit legal entities will now be broken up into three separate bills on associations, foundations and public benefit organisations. The bills are being drafted by the Ministry of Justice and Home Affairs.

Many rights groups and international organisations had expressed their concern that this law would reduce civic space and limit Mongolian civil society organisations’ potential access to resources, including foreign donations.

During the Universal Periodic Review of Mongolia in March 2021, the government supported recommendations from Germany to revise the draft law on NGOs to ensure its provisions on registration and financing comply with international standards.