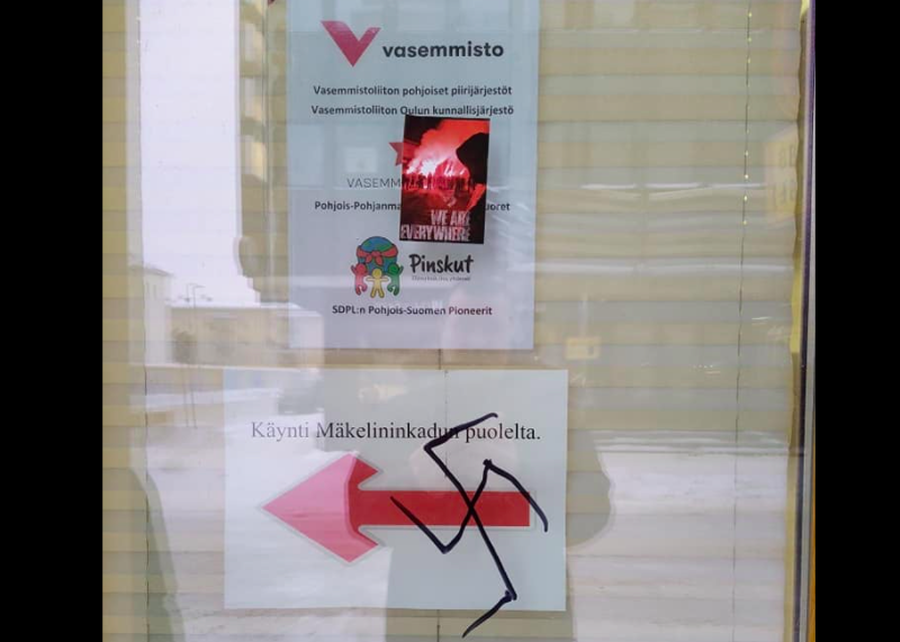 On 31st January around 60 people took to the streets of Helsinki for a peaceful demonstration in support of Russian opposition leader Alexei Navalny. They split into several smaller groups to respect the COVID-19 measures prohibiting gatherings of over 10 persons. During a protest the day before for “justice and freedom of expression” police dispersed protesters for violating COVID-19 restrictions. Three people received fines for refusing to adhere to COVID-19 regulations and one person was temporarily detained.

During the weekend of Holocaust Remembrance Day, the offices of two political parties in Oulu were defaced with swastikas. The headquarters of the Greens in Oulu also received a threatening message. The parties have reported the incidents to the police. In addition, a synagogue in the western Finnish City of Turku was also defaced with red paint on 27th January 2020.