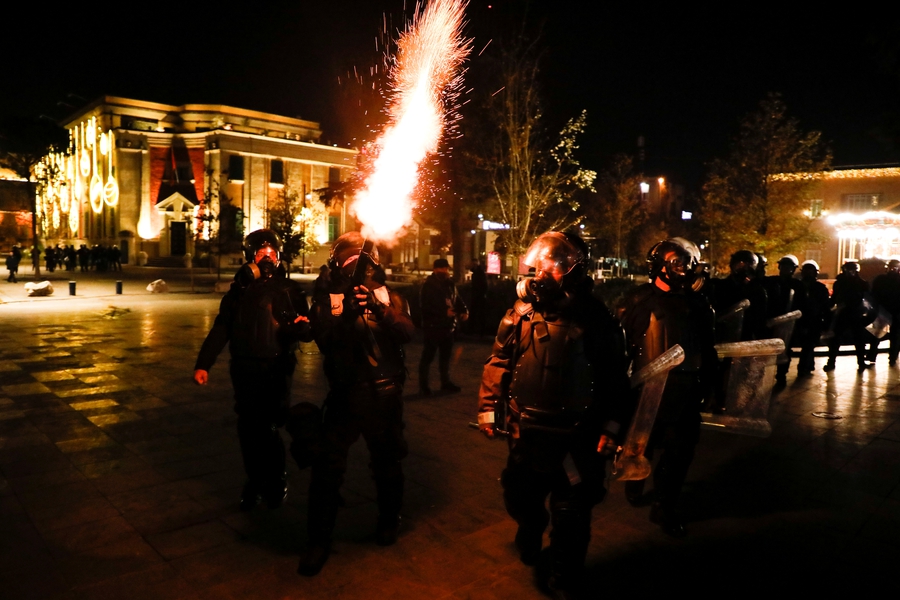 The Civil Society Organisation Sustainability Index (CSOSI) reported that the overall sustainability of Albania’s civil society sector remained the same in 2019, with financial viability continuing to be the weakest dimension of its sustainability.

Partners Albania's report focused on the effectiveness of COVID-19 responses in Albania. It recommended that in order to improve current measures there should be more meaningful participation with stakeholders and guarantees of fundamental freedoms, along with promoting the role of CSOs.

Another study looked at the role of civil society in crises management in Albania, within the particular contexts of the November 2019 earthquake and COVID-19 pandemic. The research found that in both cases CSOs played a crucial role in relief aid and experienced a rapid process of evolution. The analysis concluded that civil society could benefit from more participation and active support of new movements, which could trigger social and political change.

During this reporting period, there were days of protests staged by hundreds of Albanians in response to the fatal shooting of 25-year-old Klodian Rasha by a police officer for breaching a coronavirus-related curfew on 8th December 2020. The protesters gathered at various locations, including around the Interior Ministry, the Tirana City Hall and other main government buildings. Police condemned the actions, which flouted government COVID-19 guidelines on public gatherings of more than ten people and they used tear gas to disperse the protests. It was reported that nine police officers, a protester and a journalist were injured. The chairwoman of the Parliamentary Committee on National Security condemned the actions of protesters, calling for the end to violent demonstrations. The US embassy called on the police to exercise restraint during the protests and called on the opposition to reject such violence.

According to a preliminary report by the ombudsman issued on 11th December 2020, 124 people have been detained, of whom 57 were minors, some under the age of 14.

Thousands on the streets of #Tirana to protest against police brutality and demanding justice for Klodian Rasha, a 25 year old killed by police forces on Tuesday after breaking the lockdown hours. pic.twitter.com/7Kg6vaPL7e

In a separate development, on 31st October 2020, health workers gathered outside the Mother Teresa hospital to protest against the dismissal of a whistleblower who provided commentary to the media. The President of the doctors’ union condemned the dismissal.

“In a situation when the whole world is in crisis for medical staff, Albania, this small country with a lack of health personnel has the luxury of firing a doctor for political reasons. A doctor who appeared in the media and insulted cannot be punished”, said the President of the doctors' union, Gent Stroni. (translated from Albanian).

The International Press Institute (IPI) has called for authorities to open an investigation into the alleged assaults and detention of journalists in Albania. During the protests against a fatal police shooting (see above), three journalists were detained while covering the news stories.

The IPI has condemned this behaviour.

“Journalists have a right to document the actions of the police as a matter of public interest, and these detentions are a violation of the public’s right to know. Authorities must also immediately investigate reports of journalists being assaulted by police, including while in custody”.

“Two of the incidents involved journalists being arrested shortly after they had filmed or photographed alleged rights violations or detentions of minors by police. This heavy-handed action from police and the equation of journalists reporting from the scene with protesters is seriously undermining the ability of the media to do its job.”- IPI Deputy Director Scott Griffen.

An open letter from the Safe Journalists Network to the OSCE Representative on Freedom of the Media and the Council of Europe Commissioner for Human Rights called for maximum protections for journalists. Reporters Without Borders also condemned the attacks. The Albanian President responded by calling for the prosecution office to investigate violence against journalists and echoed the calls by international journalist associations. In a statement on social media, the opposition leader demanded a transparent investigation into the killing of the young man, together with an investigation into government actions in response.

In a separate development, the European Centre for Press and Media Freedom (ECPMF) issued a statement on the use of legal threats against journalists by Albanian private companies. The organisation argued that these companies are not immune to press scrutiny and condemned the use of legal threats. Linked to this, a BIRN journalist also argued that legal action taken against BIRN is an attempt for businessmen to induce censorship.

“The ECPMF condemns these legal threats and calls on all pursuers to drop their legal actions as they explicitly threaten media freedom for all journalists in Albania. Legal actions should not be abused to stifle critical journalism that strengthens the public’s right to know and enhances democratic accountability.”

“Journalists have been critical to the governments’ COVID-19 response. They have verified information, held officials accountable, investigated many angles of the pandemic, interviewed experts. The news media have become an essential public service, it experienced a huge increase in news consumption. This should be reflected somehow.”

A study commissioned for the Policy Department for External Relations in the EU Parliament has found that the Albanian government often uses disinformation against journalists and civil society activists. One of the main sources of disinformation came from politicians, making Albania one of the countries which faces the biggest disinformation challenge in the Western Balkan region.

According to the Human Freedom Index 2020, Albania has shown poor performance in the rule of law and media freedom. These two elements have both decreased since 2016, putting Albania behind Croatia, Bulgaria and Romania, but above North Macedonia, Montenegro and Serbia.