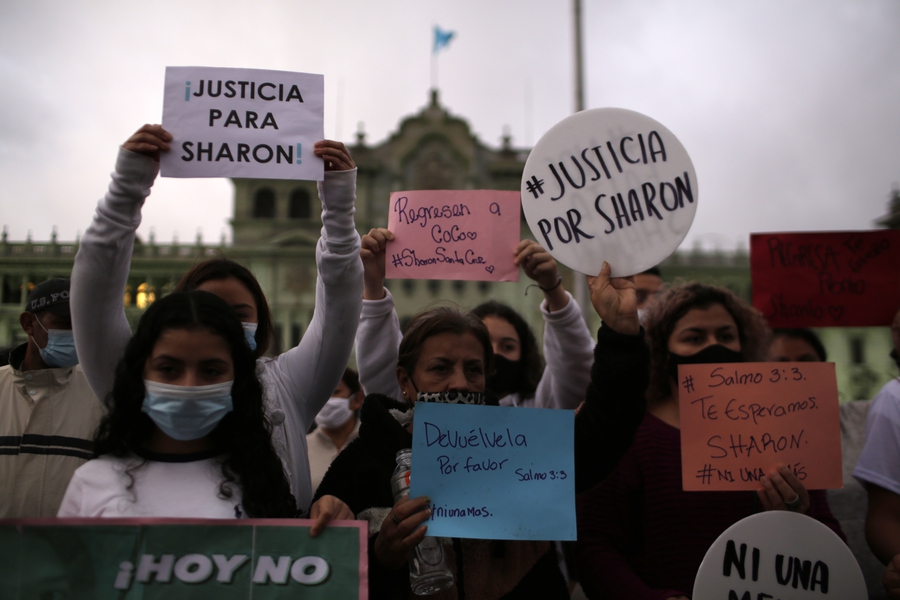 After denouncing an alleged sexual assailant on 2nd December 2020, feminist group Colectiva Feminista Artesana and their member Alejandra Hernández began receiving threats on social networks. The collective has accompanied one of the victims of the presumed assailant, who has reportedly been denounced more than once for violent aggression against other women.

On 16th January 2021, Xinka leader Julio David Gonzalez Arango was shot inside his property in Mataquescuintla, Jalapa department. He sustained wounds which affected his left lung and his spleen and was taken to a regional hospital in a critical state. Gonzalez Arango is an Indigenous defender and member of Resistencia Pacífica de Santa Rosa (Santa Rosa’s Peaceful Resistance). He previously received threats and faced a smear campaign for defending the rights of the Xinca peoples and resisting the mining project “El Escobal” owned by the Canadian company Pan American Silver. As reported by the International Federation for Human Rights (FIDH), days after the assault, two other members of Resistencia Pacífica received threatening messages which made reference to the attack on Gonzalez Arango. Guatemala’s Ombusdperson opened an investigation on the assault and requested security measures for Gonzalez Arango and his family.

Civil society organisation Frontline Defenders (FLD) denounced escalating attacks, defamation and criminalisation of human rights defenders working to protect Mayan Q’eqchi’ land and territory in Alta Verapaz, who are being targeted in reprisal for their work. The organisation highlighted the particular risk for women human rights defenders who work to defend their communities’ land rights, the rights of the LGBTIQ+ community and of Indigenous women. This takes place amid a complex political context, the COVID-19 pandemic and the humanitarian aftermath of both hurricanes ETA and IOTA, which devastated many communities in Guatemala.

On 29th December 2020, the Maya Q’eqchi’ Jalan-Trans rights defender Roberta Pitán was assaulted while trying to catch the bus that she routinely took home. This followed increasing online harassment of Maya Q’eqchi’-Jalan-Trans defenders in the region. FLD also outlined the case of another woman human rights defender, Delia Adelina Leal Mollinedo, who was detained and charged in apparent reprisal for her work. Since her arrest, Mollinedo has reportedly been targeted by smear campaigns and public stigmatisation in the media and social networks. Other defenders in the region are facing similar attacks and criminalisation.

On 6th January 2021, civil society organisation Unidad de Protección a Defensores de Derechos Humanos (Unit for Protection of Human Rights Defenders - UDEFEGUA) filed a formal complaint against Guatemala’s Interior Minister, Gendri Reyes Mazariegos, and other authorities for promoting the repression of protests. According to their statement, UDEFEGUA observed excessive use of force by police during the demonstrations on 21st November 2020. The organisation also said there had been several cases of ill-treatment of detained protesters. UDEFEGUA’s complaint requested an investigation by the Human Rights Prosecutor.

In a separate development, on 22nd December 2020 feminist protesters with Sororidad Guatemala marched in Guatemala City to demand justice for victims of femicide and gender violence. Many protesters held messages of solidarity with the family of 17-year-old Sharon Santa Cruz, who had gone missing days before the march, and demanded government action on the case of her disappearance.

On 7th December 2020, journalists Marvin del Cid and Sonny Figueroa were threatened in a letter. Marvin del Cid, founder of the press freedom group Artículo 35 and a contributing reporter to the investigative news website Vox Populi, published an image of the message left in the mailbox of his Guatemala City home. It warns him and Figueroa, the director of Vox Populi who also works as a stringer for The Associated Press, to stop investigating and publishing their work. According to the Committee to Protect Journalists, the two reporters specialise in covering alleged corruption and published a series of investigations into alleged influence-peddling among individuals connected to President Alejandro Giammattei.

On 5th January 2021, Guatemala’s Journalists Association APG published a statement saying 2020 was the most violent year for the country’s press since democratic transition. APG documented 149 cases of attacks and restrictions, which included the murder of three journalists. The organisation said it holds President Giammattei directly responsible for the deteriorating environment for the press, for championing a hostile attitude toward the media and for weakening the Prosecutor’s Office for Crimes against Journalists by reducing the budget and staff. Among the types of attacks most frequently documented, APG highlighted obstruction of access to information, intimidation, threats and defamation.