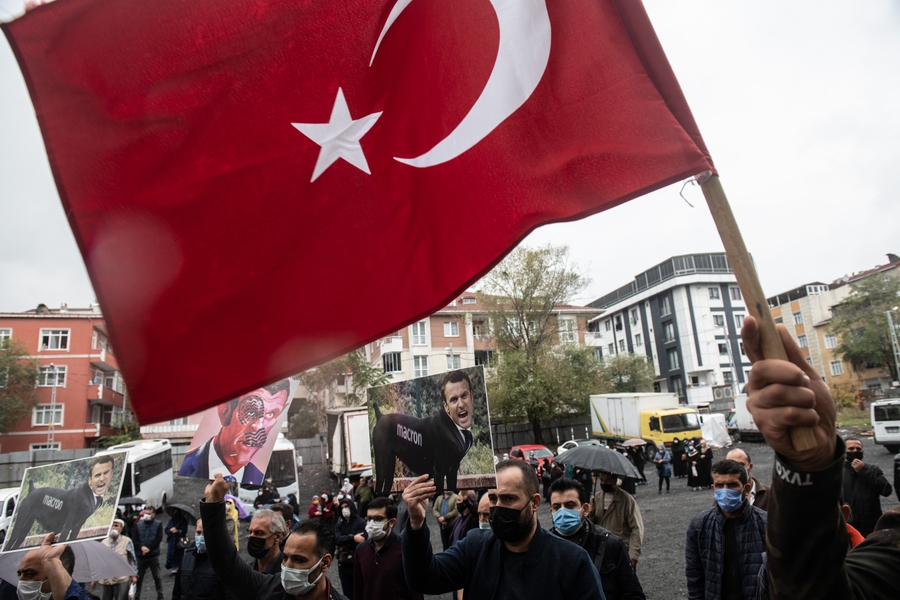 During this reporting period, two reports were published that address the current conditions for freedom of association in Turkey.

In a separate development, in a draft resolution, PACE’s Monitoring Committee condemned new crackdowns on political opposition and civil dissent. PACE addressed various concerns over Turkey’s external activities, including military operations, and urged the Turkish authorities to improve the conditions for democracy, the rule of law and human rights.

On 2nd October 2020, the Ministry of Interior announced that activities held by NGOs, unions and cooperatives were required to be postponed until 1st December 2020. This was due to the recommendation of the Health Ministry regarding COVID-19 measures.

The Turkish President ordered the Turkish Medical Association (TTB) to be outlawed and its leadership prosecuted. The TTB was accused for terrorism after the organisation criticised the government’s handling of the COVID-19 pandemic, including reporting correct numbers. In the past few months doctors have faced harassment and criminal charges for speaking out on COVID-19.

After three waves of operations against it, eight women affiliated with Rosa Women’s Association were arrested while eight others were released on probation. In addition, there is a warrant out for two women, while one affiliated woman had already been released. The names of the arrested human rights defenders are: Adalet Kaya, Narin Gezgör, Fatma Gültekin, Rojda Barış, Gülistan Nazlıer, Gülcihan Şimşek, Remziye Sızıcı and Sevim Coşkun. The alleged accusation brought against them is being a “member of an armed terrorist group”. Some trials were held for the accused women with outcomes:

#Turkey’s war on #Kurds is also a war on the strong Kurdish Women’s Movement: Diyarbakir prosecutor demands up to seven years and six months jail for Narin Gezgör (@naringezgor), member of the Rosa Women’s Association in #Amed (@MAturkce) #TwitterKurds pic.twitter.com/EFgaD9PnJ7

Health workers in #Turkey staged a protest following the call by Turkey's Doctors Union @ttborgtr they wore black ribbons in remembrance of all of their colleagues who died fighting #Covid19 but also to remind all they have been fighting since day 1pic.twitter.com/4cVZ0rrP09

Mumtazer Turkone, who was imprisoned in 2016 together with many other journalists at the time, was released from prison on 24th September 2020. Human rights groups have accused the Turkish government of attempting to silence journalists and the media since 2016. The Journalists’ Union of Turkey reported that 70 journalists and media workers are still imprisoned.

Eleven international rights groups, including Human Rights Watch (HRW), released a statement condemning the current state of press freedom in Turkey. The organisations went on a four-day mission from 6th to 9th October 2020, and declared that many journalists are currently behind bars, authorities continue to instrumentalise the justice system and that regulatory institutions lack independence. In a statement they called for authorities to ensure the prosecution of perpetrators responsible for physical attacks on journalists.

On 6th October 2020 four journalists were detained following their repeated reports on an incident where two Kurdish villagers were allegedly tortured and thrown from a helicopter. The European Federation of Journalists (EFJ) and the International Federation of Journalists (IFJ) demanded the immediate release of the journalists, arguing that such actions are proof that the Turkish authorities do not want a free press. The lawyer of two of the four journalists reported that individuals were subjected to ill-treatment in prison.

“Journalistic work is essential to uncover state abuses that otherwise remain hidden to the public and, therefore, go unpunished. These arrests are another scandalous proof that the Turkish authorities do not tolerate a free press. Adnan Bilen, Cemil Uğur, Şehriban Abi and Nazan Sala must immediately be released,” IFJ General Secretary Anthony Bellanger.”

In a separate case, on 7th December 2020, journalist Ayşegül Doğan was convicted for "establishing an armed organisation" and sentenced to six years and three months in prison. The basis of the charges is due to her broadcasts on İMC TV and the interviews she conducted with people who were part of the peace talks between Kurdish and Turkish citizens of Turkey. In a petition, The Coalition of Women in Journalism (CFWIJ) called for charges against the journalist to be dropped:

“Legal harassment of journalists through weaponisation of the law should no longer be used by the Turkish authorities, while the government and the public wish to join the European Union with afirm stance concerning fundamental rights.”

#CFWIJ launches a petition supporting journalist @aysegul__dogan as she faces six years in prison for her journalistic work. These practices both overshadow and threaten #PressFreedom. Please sign the petition: https://t.co/VJkLLR3X3v #JournalismIsNotACrime pic.twitter.com/9XKmgB0mKg

In a positive development, The European Court of Human Rights found that Turkey violated the freedom of expression of a group of journalists who during the ‘Cumhuriyet trial’ faced terrorism charges. The Court unanimously ruled that two articles of the European Convention on Human Rights had been violated, and ordered that Turkey pay fines to each of the applicants. In October 2016, Murat Sabuncu, editor-in-chief of Cumhuriyet publication and several journalists and board members from the foundation were arrested for “aiding an armed terrorist organisation without being its member." In April 2018, the court convicted 14 Cumhuriyet staff members. However in 2019 the Supreme Court overturned these convictions. During a retrial of the case all the accused were convicted once again, except for one who was acquitted.

The Journalists’ Association of Turkey published a report which found that censorship has increased rapidly, particularly after the introduction of a new law on digital rights, and the intensified penalties on the media. The report shows that the state issued 90 penalties on the independent media between July and September 2020. RSF’s concern about the new amendment is heightened by the fact that, since its adoption on 31st July 2020, RSF has registered no fewer than 347 cases of online articles being censored for constituting an insult, threat to national security or violation of the “right to be forgotten.”

“These new provisions give the Turkish government a great deal of control over social media and, if platforms comply with demands from the authorities, many online journalists could be under direct judicial threat. As all forms of online dissent have already been subjected to systematic and arbitrary interventions, an unprecedented level of censorship on platforms should be expected from today onwards,” RSF Turkey representative Erol Onderoglu.

In addition, RSF noted how some news websites have become completely inaccessible:

In a separate development, a pro-opposition television station, Halk TV, was given a five-day broadcasting ban after an anchor’s criticism of Turkish foreign policy. The channel’s Chief Editor responded by stating that censorship is typical in Turkey and an extension of the majority party’s attempt to silence opposing voices.

The resignation of Turkey’s Finance Minister on 8th November 2020 was met with silence by the Turkish media. Some have reported that this is an instance where self-censorship was practised by media outlets, as seen in the event of a political development in the country. A representative for Reporters without Borders stated that the silence of the media organisations in reporting the resignation marks the failure of their obligation to inform the public.

The Turkish authorities imposed fines of 10 million Turkish lira (one million Euros) to social media giants, including Facebook, Twitter and YouTube, for failing to comply with the new social media law. The law had been criticised by human rights groups, including Amnesty International and the UN for tightening controls on freedom of expression, as the law requires companies to respond within 48hours to the government’s requests to remove content and for tech giants to appoint a representative in Turkey. ARTICLE 19’s Head of Europe and Central Asia Sarah Clarke said:

“The Turkish Government is attempting to blackmail tech companies into accepting their proposals. They face either succumbing to the long arm of state censorship or having access to their platforms slowed so much that they are in effect blocked in Turkey.... The government claims this law is needed to protect personal rights, national security and public order. In reality, it will be used to censor critical voices and put individuals who speak out against the government at greater risk of criminal sanctions.”

In a separate development, in a joint statement, various media organisations addressed the adoption of the Universal Periodic Review (UPR) of the Human Rights Council outcome for Turkey. The organisations shared their discontent over the Turkish authorities’ response to the UPR, and actions taken to suppress free expression since the review.