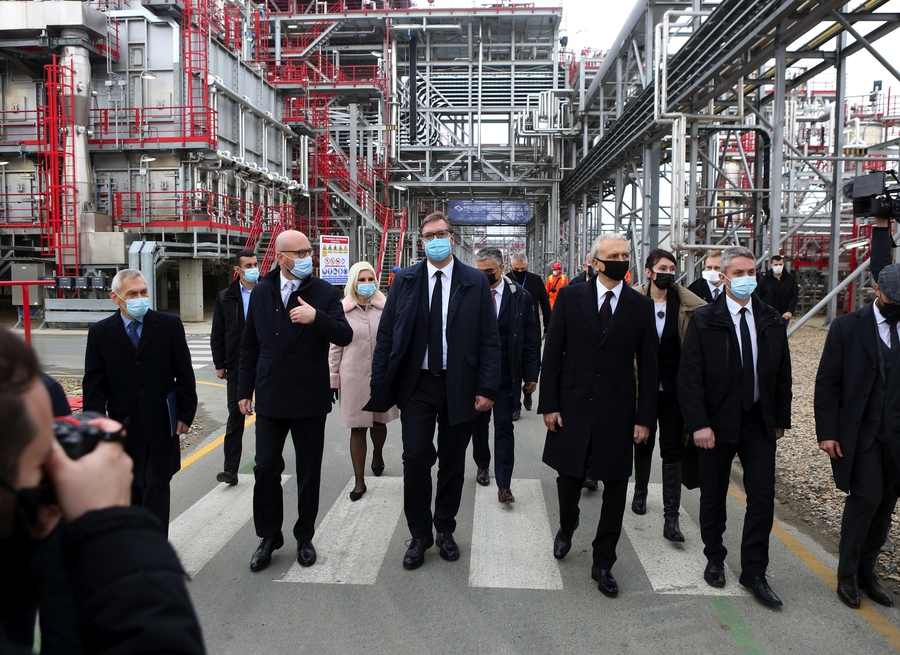 With the formation of the new government and the establishment of the Ministry of Human and Minority Rights and Social Dialogue, the Office for Cooperation with Civil Society ceased to exist. Government law stipulates that a significant part of the competencies in the field of work of the Office will be transferred to the Ministry. The abolition of the Office marks the end of its role to ensure the participation of citizens in the preparation of legal regulations by ministries and local governments. Furthermore, it has been reported that the decision was conducted in a non-transparent way, in that CSOs were not consulted on the changes. There remain questions regarding who will carry out certain competencies which are not explicitly covered in the law, and how the potential removal of office staff could significantly affect the capacity of the Ministry to respond to all challenges and continuation of good practice. Civic Initiatives said:

“In this way, the space for constructive cooperation between all public authorities and the civil sector is significantly narrowed, which according to the standards of the European Union should be much more than a dialogue. The question remains how in the future practice of the Ministry the policy of citizen participation in the preparation of regulations will be implemented in accordance with the basic principles of the Guidelines for the Involvement of CSOs in the process of enacting regulations (translated from Serbian).”

The phantom portal of “Prismotra” continues to discredit the work of CSOs and individuals working on the protection and promotion of human rights. In a text, the portal reported on self-proclaimed "fighters against the negative influence of the NGO sector" that are victims of the aggressive influence of CSOs. The report points out the Committee of Lawyers for Human Rights (YUCOM), which registers cases of attacks on human rights defenders. According to YUCOM, with the continuous attacks this portal is negatively affecting their work.

After the attack on Natasa Djereg and the Centre for Ecology and Sustainable Development (CEKOR), the “Prismotra” portal published a text listing "anti-Chinese lobbyists in Serbia". The text points out Janos Kish who they claim, together with Natasa Djereg, is a member of the "Art of living" sect and in charge of organising fake medical examinations. The portal also mentions Zvezdan Kalmar, who is accused of being a lobbyist against Russian investments in Serbia and Pera Markovic, an employee of CEKOR accused of "doing everything to keep 10,000 people in Bor and Smederevo out of work".

The site has since been suspended.

Representatives of the "Let's Defend Kosutnjak" initiative have said that members of the Obrenovac Police Department refused to receive notification of a demonstration in front of the "Mei Ta" factory, in which less than 20 people would participate. In the statement, it said that the representatives of the Ministry of Interior warned the organisers that if they carried out the planned action it would result in arrests due to a fear of factory workers joining and numbers exceeding 20 individuals. The demonstration comes after the Mei Ta factory was built without a study on environmental protection and is one of the biggest polluters in the vicinity of Belgrade.

The Electronic Media Regulatory Authority (REM) has published new reports on the representation of political actors during the election campaign. According to the report, there is an impression that the ruling Serbian Progressive Party and the opposition Alliance for Serbia, which boycotted the elections, had approximately equal representation. However, according to the Centre for Investigative Reporting in Serbia (CINS), this is a result of a change in the REM’s methodology, which calls into question the relevance of the results. For the first time, in addition to national frequency television and public media services, the cable channels N1 and Nova S were also monitored, devoting most of their time to the election campaign, with lower visibility compared to stations with national frequency due to representatives of the ruling party generally refusing to participate in their shows. REM has also announced a restriction on reality show broadcasts before 11pm. However, contrary to the announcements, at the session of the REM Council, it was decided not to restart the procedure of drafting the rule book that would regulate this area, considering that the majority of members did not vote for the mentioned proposal. REM members who voted against the proposal argued that there was no clear evidence that these programmes violated the law, and that the adoption of such a rule book could mean the introduction of censorship.

“Insults and ridicule of female journalists, moreover, are more frequent and brutal and warn of growing intolerance, as well as the impossibility of establishing an elementary dialogue in society.”

“Gruhonjic was often targeted by nationalist politicians, many of whom are currently holding important state positions. We have witnessed before how such public statements nurture an atmosphere in which dissatisfied citizens publicly and without delay send threats and insults to newsrooms and journalists.” – Zeljko Bodrozic, president of IJAS.

“We are appalled by the daily abuse of the parliamentary rostrum, which launches... attacks on anyone who does not belong to the corps of ruling parties and their satellites: from opposition leaders, through independent regulatory bodies, civil society organisations and prominent artists, to doctors and journalists. Since the beginning of the work of the parliament in the new convocation... the Assembly has replaced its role of bearer of constitutional and legislative power with the role of heavy machinery in confrontation with all who dare to express different opinions.” (translated from Serbian).