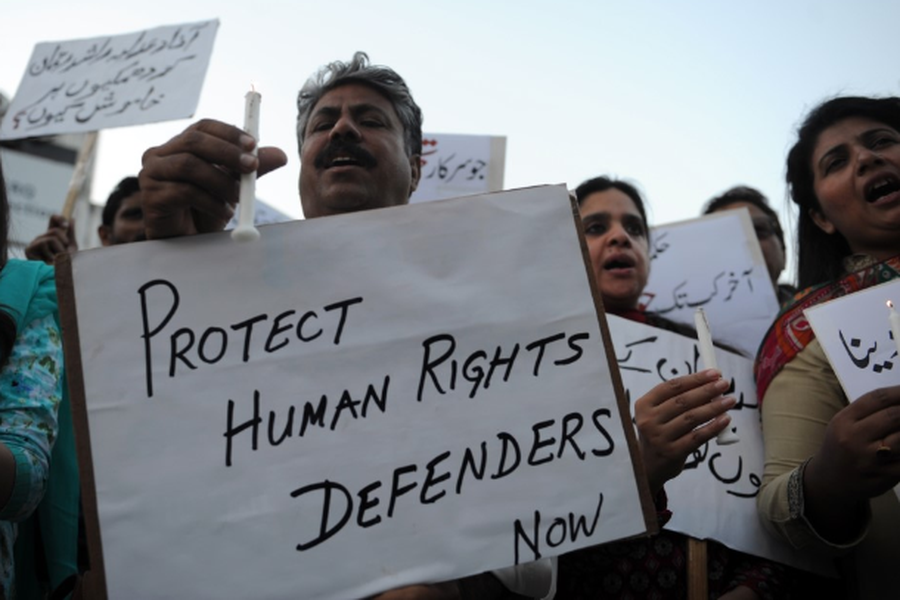 One year on from disappearance of activist Idris Khattak, whereabouts remain unknown

Pakistan: One year on from his disappearance authorities must reveal Idris Khattak's whereabouts. #pakistan https://t.co/6rebquBKi5

Human rights group Amnesty International called in November 2020 for the Pakistani authorities to disclose the whereabouts of human rights defender Idris Khattak and lift the veil of secrecy surrounding his case, on the first anniversary of his enforced disappearance.

Khattak is a human rights defender and independent researcher, who has documented human rights violations faced by people in Khyber Pakhtunkhwa and the former Federally Administered Tribal Areas.

As previously documented, Khattak was on his way home from Islamabad on 13th November 2019 when his rented car was intercepted near the Swabi Interchange of the Khyber Pakhtunkhwa province by four unidentified men in plain clothes. Nearly seven months later, on 16th June 2020, the Ministry of Defence finally admitted that human rights defender Khattak was being held in state custody. He has been charged under the Official Secrets Act (OSA) -- a charge punishable by death -- and will be tried in a military court.

According to a news report, Talia Khattak, his daughter, was contacted in October 2020 about meeting with her father. She received a call from an unknown individual who introduced himself as her father’s “defending officer” and told her to get ready to meet him. She was not allowed to bring anyone else.She was taken to Mangla Cantonment, a Pakistani military garrison in Pakistan-administered Kashmir, to a house where her father was being held. The meeting lasted 20 minutes and she was not allowed to speak in Pashto, her native language, during the meeting.

In a communication to UN experts in August 2020, made public in December 2020, UN human rights experts highlighted the government’s failure to fully investigate the case of human rights defender Idris Khattak. They stated that case is emblematic of a series of documented enforced disappearances in Pakistan, where many human rights defenders are similarly silenced for their legitimate work of monitoring, documenting and advocating against a range of human rights violations and attacks against minorities.

My latest looks at most recent legal attacks on elderly parents of Pakistani rights worker ⁦@Gulalai_Ismail⁩ who says charges against family unfounded (from @AP) by ⁦@Kathygannon⁩ https://t.co/nZuDXrAGge

Human rights defender Muhammed Ismail and his wife Uzlifat Ismail continue to be targeted by the authorities. Muhammed Ismail is the Secretary-General of the Pakistan NGO Forum (PNF), an umbrella body of civil society organisations (CSOs) in Pakistan. They have been targeted due to the human rights work of their daughter, Gulalai Ismail. Gulalai Ismail has faced persecution from authorities for her peaceful advocacy for the rights of women and girls and her efforts to end human rights violations against the ethnic Pashtun people in Pakistan. She was forced to leave the country due to concerns for her safety.

As previously documented, in July 2019, Mohammed Ismail was accused of charges under the Anti-Terrorism Act of “terror-financing”. In October 2019, he was accosted outside Peshawar Court by men dressed in black militia uniforms, who forced him into a black vehicle. His whereabouts remained unknown until the morning of 25th October, when he appeared in the custody of Pakistan’s Federal Investigations Agency before a judicial magistrate and charged with further offences under the Pakistan Electronic Crimes Act. He was detained for more than a month and granted conditional bail on 5th December 2019 and released. On 2nd July 2020, the authorities dismissed the baseless charges under the Anti-Terrorism Act.

However, in September 2020, human rights groups reported that the Pakistan authorities approached the Anti-Terrorism Court in Peshawar and filed a new case with charges that include sedition and terrorism. On 30th September 2020, the court charged Muhammad Ismail, Uzlifat Ismail and Gulalai Ismail.

Further to the court case, the Federal Bureau of Revenue has sent over ten letters to Muhammad Ismail and his wife, Uzlifat Ismail, asking them to file taxes for the past six years. However, Muhammad Ismail has not been running any business and does not have a regular monthly income and his wife is a home maker.

In October and November 2020, Muhammad Ismail and his wife have had to attend frequent hearings at the courts and both were infected by COVID-19 at the end of November.

Among the cases highlighted is that of Zahid Baloch, Chairman of the Baloch Student Organisation-Azad (BSOA) who was abducted in Quetta on 18th March 2014. His family still do not know where he is or what has happened to him. Witnesses claim that he was taken at gunpoint. BSOA is a student organisation that advocates for the separation of the province of Balochistan from the state of Pakistan.

In another case, Hassan Qambrani left his house to get groceries on 14th February 2020 and never returned. His family kept waiting for him to get in touch, delaying dinner and leaving messages when their neighbour told them that they had seen Hassan being taken away in a police van. This was days after he had participated in a sit-in protest against enforced disappearances in Quetta.

As previously documented, the UN Working Group on Enforced or Involuntary Disappearance has more than 700 cases pending from Pakistan. The groups and individuals targeted in enforced disappearances include political activists and human rights defenders. In some instances, people are openly taken into custody by the police or intelligence agencies, and often authorities deny information to families about where their loved ones are being held. Many of those forcibly disappeared have also been subjected to torture and death during detention. In some cases, the victims have eventually been released or their whereabouts disclosed to their families but they continue to be held in arbitrary detention, including in internment camps.