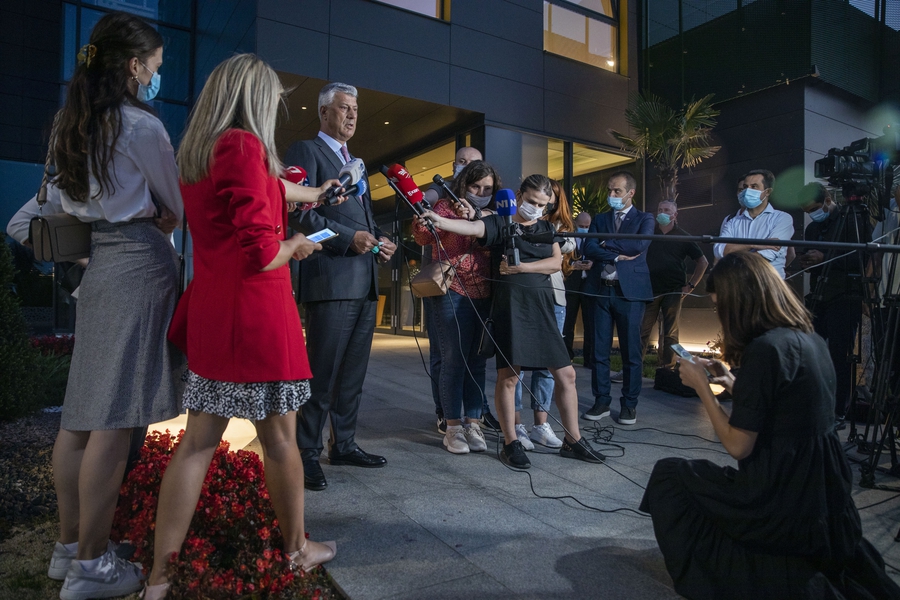 Between 1st October 2020 and 25th November 2020, the following protests were held in Kosovo:

“The families of the missing never stopped. Since the end of the war, they have constantly protested, demonstrated and raised their voices demanding answers from the government. We have stayed with them, listening to their stories and calls for truth. The Government of Kosovo never gave the deserved priority to this issue." (translated from Albanian).

The following cases were documented during 1st October and 25th November 2020:

The Ministry of Internal Affairs announced that restrictions imposed on the free movement of citizens, as part of government’s measures to combat the spread of COVID-19, are not applicable to journalists and other media workers.

The office of the Prime Minister has not yet appointed a media spokesperson. This has resulted in difficulties in access to information for journalists and other media workers.

On the grounds of increased risk for coronavirus infection due to the lack of space for maintaining social distancing, media journalists were not allowed to attend the Parliamentary commission of Inquiry meeting on hydropower plants.

“This is not only a threat to free speech and democracy, it is a threat against our colleagues’ lives and should be treated as such by the relevant institutions.”

#Kosovo: For the second time in only four months, investigative journalist @shkumbinkajtazi's car was attacked with firearms last weekend. We call upon Kosovo authorities to take decisive action and urgently solve this attack. @WBjournalists @AGK_AJK https://t.co/4DYF6Beivs

The Committee to Protect Journalists (CPJ) called for authorities to immediately investigate:

“Kosovo authorities must thoroughly investigate the shooting attack on journalist Shkumbin Kajtazi, determine whether the attack was related to his work, and bring those responsible to justice. Kosovo authorities must maximize their efforts to prevent such attacks and ensure that Shkumbin Kajtazi can carry out his work without fear,”- Gulnoza Said, CPJ’s Europe and Central Asia programme coordinator in New York.