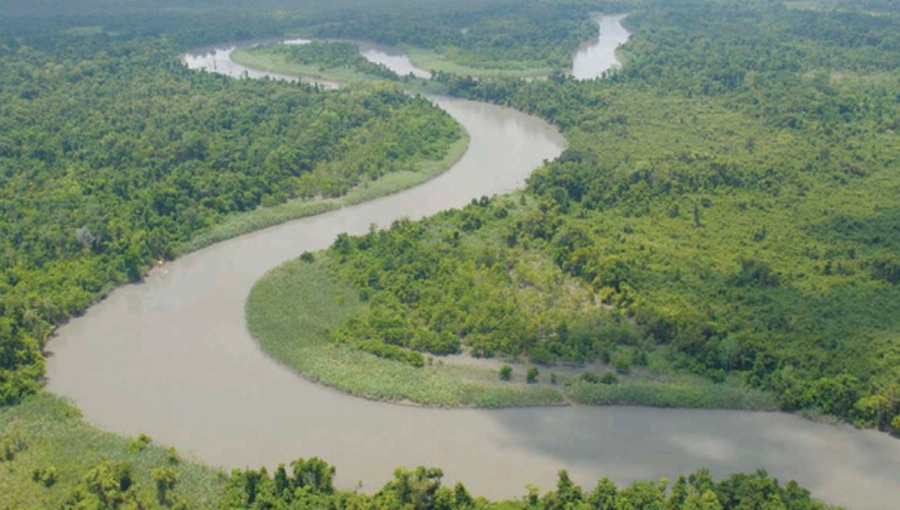 The Frieda river, a tributary to the Sepik where there are plans for a gold, silver and copper mine

Civil society and human rights defenders are continuing their struggles against mining projects planned in Papua New Guinea. In October 2020, after ongoing campaigning by advocacy groups and activists, United Nations (UN) experts raised serious concerns about the gold, copper and silver mine proposed for the remote Frieda river. In the same month, environmental groups opposing a coal mine in Lae said it was planning to petition the Prime Minister. In September 2020, Bougainville community members filed a complaint with the Australian government against Rio Tinto for environmental and human rights violations.

At the same time, there have been positive developments in efforts to curb corruption. The PNG government on 12th November 2020 passed legislation establishing an Independent Commission Against Corruption (ICAC). Constitutional amendments to establish an ICAC in a country often ranked one of the most corrupt in the world were passed in 2015, but efforts to prepare and table a bill for parliament lapsed until Prime Minister James Marape’s government came to power in 2019.

However, there is now uncertainty about the politcal situation in the country. At a parliamentary session on 14th November 2020, dozens of members of Prime Minister Marape’s own government, including three ministers, moved across to the opposition. The situation remains tenuous and the coming weeks are likely to be wracked by private and public machinations over who can command a majority on the floor of the house.

UN experts raise concerns about mine and threats, intimidation against activists

In October 2020, the Guardian reported that ten UN special rapporteurs had written to the governments of Papua New Guinea, Australia, China and Canada, as well as the Chinese state-owned developers raising serious concerns about the gold, copper and silver mine proposed for the remote Frieda river in the country’s north.

The letters from the UN representatives follows an urgent appeal to the UN Special Rapporteur on Toxic Wastes, which was filed by Project Sepik and the Centre for Environmental Law and Community Rights in May 2020.

The letters ask for governments and the company, PanAust, to respond to key questions including an alleged “lack of information for free, prior and informed consent of the indigenous people” to the mine proceeding.

According to the UN rapporteurs, “the project and its implementation so far appears to disregard the human rights of those affected”.

They said: “We remain concerned that critical information about the tailings dam, including the dam break analysis have been made neither publicly available nor available to affected community members and human rights defenders who requested it”.

The UN rapporteurs also highlighted that civil society and human rights defenders who have raised concerns about the project have faced death threats, intimidation and have reported gunshots fired at them from unidentified individuals.

The mine, if approved and built, would be the largest in PNG’s history, and one of the largest in the world, covering 16,000 hectares. To be built on the Frieda river, a tributary to the Sepik in the north of New Guinea island, it is forecast to yield gold, silver and copper worth an estimated US$1.5bn a year for more than 30 years.

PanAust, 80% shareholder in the project, is an Australian-registered mining company ultimately owned by the Chinese government, part of the state-owned Guangdong Rising Assets Management.

As previously documented by the CIVICUS Monitor, environmental and community activists have campaigned against the massive mine along Papua New Guinea’s remote Sepik river, which they argue will destroy the ecosystem and the culture of the 400,000 people who live along its banks.

In October 2020, Radio New Zealand reported that an environmental advocacy group was planning to petition the Prime Minister, James Marape, to halt a coal mining project in the country.

An Australian company, Mayur Resources is seeking to build Papua New Guinea's first coal-fired power station in Lae and fuel it with coal dug up from its proposed coal mine in Gulf province, which would also be a first for PNG.

A report authored by two non-governmental organisations questioned Mayur's economic justification, claiming its electricity would be around twice as expensive as that from sources like solar, hydro and biomass.

"The coal-fired power is going to be more expensive and so the economic argument is not convincing," said one of the report's authors, Luke Fletcher, executive director of corporate watchdog Jubilee Australia Research Centre.

On 29th September 2020, 156 Bougainville community members filed a complaint with the Australian Government against mining giant Rio Tinto for environmental and human rights violations caused by its former mine on Bougainville in PNG.

The complaint, filed with the Australian OECD National Contact Point, alleges that the massive volume of mine waste pollution left behind by Rio Tinto’s Panguna mine is putting communities’ lives and livelihoods at risk, poisoning their water sources, flooding their lands and sacred sites and causing a range of health problems.

The copper and gold mine was majority-owned by the British-Australian mining giant for forty-five years, but in 2016, Rio Tinto divested from the mine. An estimated 12-14,000 people live downstream of the mine along the Jaba-Kawerong river valley.

The complaint alleges that Rio Tinto’s failure to clean up the billion tonnes of waste pollution left by the mine and mitigate the risks it poses to these communities breaches human rights and environmental standards set out in the OECD Guidelines for Multinational Enterprises, a leading international standard on responsible business conduct.

Panguna was previously one of the world’s largest copper and gold mines. During its operation from 1972 to 1989, the mine generated almost USD 2 billion in revenue for Rio Tinto and the Papua New Guinea Government. In 1989, an uprising by local people against the mass environmental destruction caused by the mine and inequities in the distribution of its profits forced the mine’s closure and triggered a brutal decade-long civil war. The mine has never been reopened.