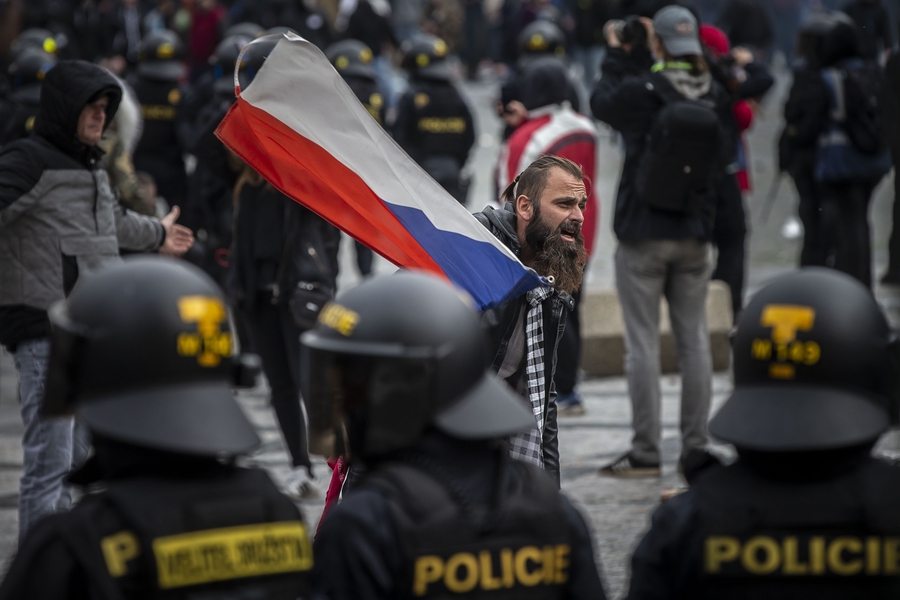 On 2nd and 3rd October 2020, regional elections were held in the Czech Republic. The populist ANO party led by Prime Minister Andrej Babiš won 10 of 13 regions.

Like most European countries, Czechia has been hit by the second wave of the COVID-19 pandemic. New measures were gradually introduced in mid-October 2020, including mandatory masks on public transport, restrictions on school attendance and the closure of non-essential shops. From 22nd October a “lockdown lite” was introduced.

While the country has been praised for handling the first wave quite efficiently, it has been hit especially hard during the second wave, with the second highest per capita death rate over seven days in the world at the end of October 2020.

As of 12th October 2020, the right to peaceful assembly has been limited to a maximum of 500 people. Participants of public gatherings are allowed to move around in groups of up to 20 people provided that they maintain social distancing of at least two metres.

“During 2019, the protest movement against corruption by the Prime Minister Andrej Babiš was growing in Czechia. In Prague and other cities around the country, hundreds of thousands of people were gathering. Now, during the pandemic, such expression of discontent is impossible and civic movements have to find other forms of mobilisation of people.”

On 18th October 2020, anti-lockdown protesters gathered at the Old Town Square in Prague to condemn the measures that banned sports competitions and the restrictions imposed on bars and restaurants. Initially, the protest, attended in large numbers by football and ice hockey fans, was legal. However, the number of people rapidly increased and even the organisers of the event called for an end to the protest. However, people remained at the square, many of them without face masks. According to media reports, several protesters started to throw objects including beer bottles, flares and stones at the police protecting public order. The police used tear gas and a water cannon to disperse the protest.

Meanwhile, the Million Moments for Democracy-led demonstrations against the Babiš government have been staged online during the pandemic. For example, on the eve of the anniversary of the fall of communism in the Czech Republic, the democratic initiative organised a virtual protest.

According to Novakova, adjusting to online engagement during COVID-19 has been challenging for NGOs. Nevertheless, in Czechia the relationship between NGOs and the state remains constructive. They receive funding from the state and access is transparent. Novakova told the CIVICUS Monitor that while there are constant debates about the systemic corruption of Babiš and the government, civil society is proactively trying to counteract this. Corruption is extensive and includes several chains, enterprises and people. In Czechia, media attacks against NGOs do take place from time to time, however the environment remains much safer in comparison to other Eastern European countries.