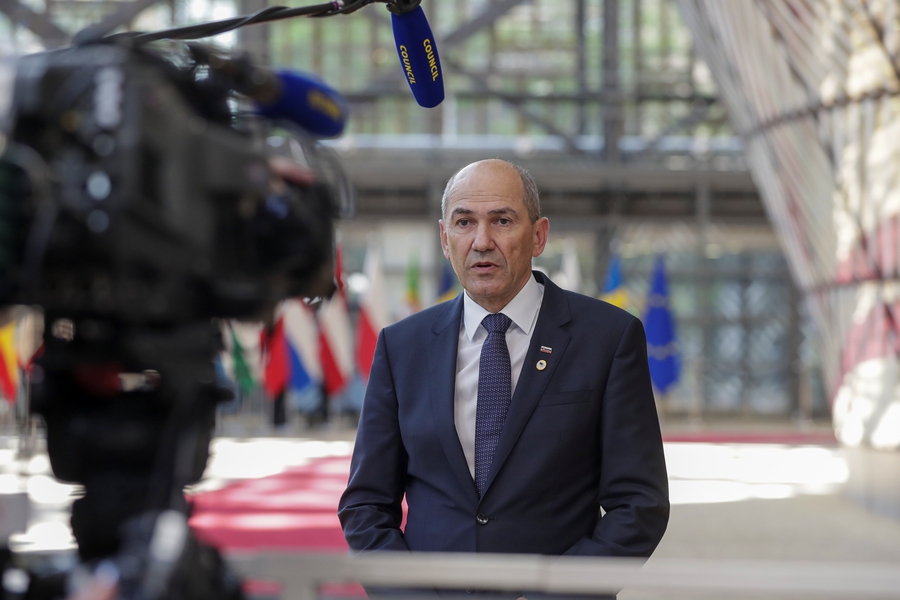 Non-governmental organisations (NGOs) in Slovenia are increasingly becoming the target of the Slovenian government's restrictive measures and hostile rhetoric. The government under the radical right Slovenian Democratic Party (SDS) and Prime Minister Janez Janša, have especially directed their hostility towards NGOs which work on independent cultural production, defending human rights, media freedom and the environment. Legal and financial restrictions have been applied to them and the COVID-19 pandemic has been used to justify such measures.

Amid these developments, and in the context of the country experiencing a second wave of the pandemic, 18 NGOs were recently requested by the government (Ministry of Culture) to vacate their premises in the building at No. 6 Metelkova Street in Ljubljana, in which they have been operating since the mid-1990s. This threat of eviction from the state-owned former barracks of Metelkova, without any alternative offers for accommodation by Janša’s government, has triggered a wave of social support towards the NGOs and collectives affected.

‘We are not leaving Metelkova!’

On 19th October 2020, NGOs operating at No. 6 Metelkova Street in Ljubljana received a proposal from the building manager for an amicable termination of the lease by the Ministry of Culture and an order to vacate the building by 31st January 2021. If the NGOs working in this building fail to do so, the Ministry has threatened to enforce the eviction through the courts, at their expense. The notification of an eviction was received on the same day as the government imposed a new COVID-19 curfew.

The Slovenian Culture Ministry, which owns the building, justified the need for eviction by stating that it needs to renovate the premises. But the budget for such a renovation is not allocated until 2023. The Ministry has not offered tenants replacement premises, nor has it entered into any sort of dialogue with the organisations affected. Many of the NGOs suspect that the eviction signals a political motive, noting that the Janša led government has taken a negative stance towards NGOs which are critical and opposed to its policies. One of the CSOs affected by the Metelkova eviction said:

“Nationalist politicians have for a long time been describing us as parasites and enemies of the Slovene nation.… In this situation, as in life in general, it is most difficult to refuse an imposed war,”- Iztok Šori, Director of Mirovnega inštituta (Peace Institute).

Metelkova is not only one of the largest, and arguably most successful, urban squats in Europe, but it also derived from the heritage of the civil society movements that promoted the democratisation and demilitarisation of society in the 1980s. The activists in a co-signed letter stressed:

“Since then, it has been a public space where diversity, solidarity, dialogue and critical thinking are respected and encouraged”.

The organisations operating at No. 6 Metelkova accused the current government of attempting to “erase these values and this history” and of forcing Slovenia to purchase a huge amount of “weaponry, and instead of democratisation”. They also informed the Ministry of Culture and the government of the Republic of Slovenia that they have no intention of leaving No. 6 Metelkova, through a petition.

#Slovenia: The Peace Institute and 17 other NGOs face forced eviction from the government for their work in human rights.

📢The ongoing acts of harassment against NGOs in Slovenia must come to an end!

This episode is the latest in the escalation of tensions between Slovenian civil society and the Jansa government, which took office in March 2020. Slovenia is following the authoritarian example of Hungary and other Visegrad countries, where the space for civil society has become increasingly limited.

“Their exclusionary and nationalist politics target non-governmental organisations in the same way that [Hungarian Prime Minister] Viktor Orban does, portraying them as parasites and enemies of the nation, along with migrants, the LGBTI community, Roma, Muslims, the poor and other minorities.”- Iztok Šori, from Peace Institute, told BIRN.

On 5th November 2020 a protest against the government’s COVID-19 measures was staged in the Ljubljana city centre by Anonymous Slovenia. It is reported that protesters threw flares at the police. Police used a water cannon to disperse protesters and arrested ten people.

PM’s attacks on the media continue

As noted in our previous update, PM Janša has repeatedly attacked journalists and media outlets, thus eroding the space for free media. As documented by Mapping Media Freedom Rapid Response (MFRR) on 15th and 16th October 2020, Janša once again attacked the media, specifically the Slovenia Press Agency (STA) on Twitter while he was attending the European Council meeting in Brussels. He wrote on Twitter that STA “is a national disgrace, a blatant abuse of the name it bears" in response to the agency not giving him enough coverage. STA hit back, stating:

“This is not the first time Janša has written about the STA this way. In March he designated the agency as a ventilator of fake news."

In addition, Janša addressed journalists in Brussels on 16th October 2020 on the dangers of the COVID-19 pandemic. He singled out Slovenian media, implying that they added to the spread of the pandemic:

“This is causing a lot of damage to our joint fight against the spread of coronavirus on the European and also national levels, and is forcing Europe and individual countries to take harsher measures than would actually be required if it was not for the fake news and the mass spreading of completely unscientific and illogical denials."

As documented by Mapping Media Freedom Rapid Response (MFRR), on 16th October 2020 during anti-government protests in Ljubljana, a camera operator for Slovenian news outlet Nova24TV was surrounded by protesters and one man tried to force him to stop filming and tried to take the camera out of his hands. The man responsible was Slovenian rapper Zlatan Čordić, who had asked the cameraman which outlet he worked for and when he responded that he was from Nova24TV the rapper attempted to grab the camera and delete the footage. Nova24TV is known for being pro-government and has negatively portrayed anti-government protests in the past. The Slovenian Journalists’ Association (DNS) condemned the attack.

In a separate incident documented by MFRR, photojournalist Borut Živulovič was hospitalised after being attacked and knocked unconscious by unidentified protesters during a protest against the government’s COVID-19 measures in Ljubljana on 5th November 2020. The photojournalist was treated for a fractured jaw and underwent surgery to add two titanium plates to his jaw. The report notes that several other media outlets reported that their news crews had been “aggressively pushed and faced obstruction, threats and intimidation from protesters” during the protest. The Slovenian Journalists’ Association (DNS) said:

“We reiterate that any violence is unacceptable and that such a situation cannot become a normal professional risk in the work of journalists, photojournalists and cameramen who carry out their basic mission in the field - collecting and disseminating information to the public who deserves to be informed.”