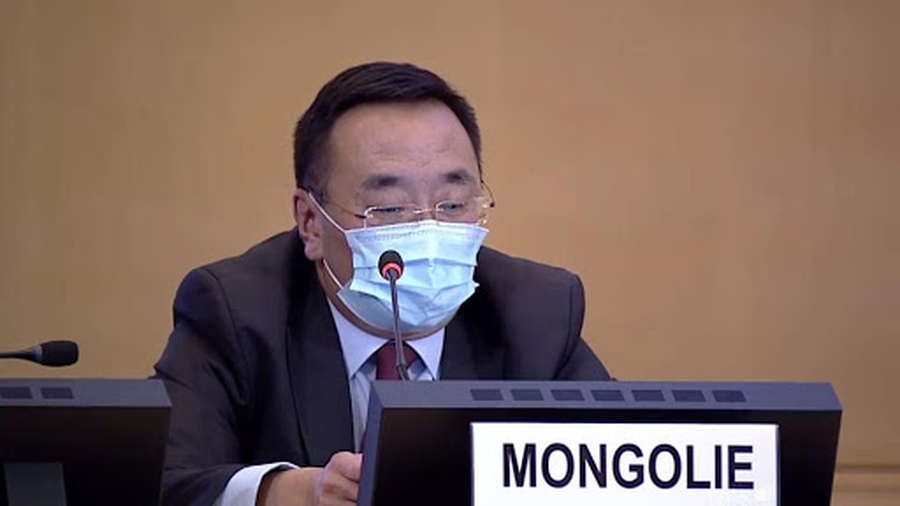 Among the issues raised was that the Parliament of Mongolia passed the Amendment to the Law on Telecommunications on 30th May 2019, but it does not guarantee the independence of the regulatory body.

Concerns were also raised that the amendments to criminal law had reintroduced defamation in Para 14.8 for the 'distribution of obviously false information during the election' and outlines it as a criminal offence. Critics have observed that the law is broad and fails to define the term ‘false information’ giving the state the power to file charges against journalists without making any efforts to verify the authenticity of the information being reported. Defamation is also criminalised in Article 6.21 titled 'Libel of the Law on Administrative Offence'.

The Globe International Center also raised concerns in their report about the safety of journalists. Of 300 journalists surveyed, 67 percent reported that they or their family members had faced pressure, intimidation and harassment at least once in their careers. For 58 percent, their professional equipment was damaged; 36 percent experienced legal pressure from the courts and law enforcement officials and 18 percent were physically attacked.

Further, it reported that no action has been taken towards implementing the relevant provisions of the National Anti-Corruption Programme that pledged to provide legal protection to confidential sources and whistleblowers.

In a submission to the UN by the European Centre for Law and Justice (ECLJ) it noted that some religious organisations faced bureaucratic harassment and barriers to registration.

According to ECLJ, the national government provides little detail on the procedure for registering religious groups and therefore leaves many decisions, such as length of registration process, up to the local authorities. Because part of the registration is done at the provincial level, some organisations have little to no problem, while others have reported that the government inconsistently applies regulations and frequently changes requirements with little to no notice. As a result, some religious organisations face greater difficulty obtaining registration than others, simply based on their location.

Moreover, some religious organisations have reported that their applications were rejected completely, and that they were not afforded a way to appeal the decision.

Amnesty International reported to the UN that human rights defenders in Mongolia were under attack on many levels and often labelled by pro-government actors as “undesirables”, “troublemakers”, “foreign agents” or “opponents of the state”. The organisation noted reports of discrimination, intimidation, harassment, police intimidation and stigmatisation against human rights defenders.

The climate of impunity for harassment and attacks on HRDs is exacerbated by the lack of comprehensive legal protection of HRDs and mechanisms to hold the perpetrators of attacks against them to account. The government is currently considering a draft Law on the Legal Status of Human Rights Defenders.

In June 2020, Mongolia's ruling party registered a resounding victory at the general elections to remain in power for another term. The Mongolian People's Party (MPP) won 62 out of the 76 seats in the parliament. The main opposition in the house — the Democratic Party — won 11 seats, while the rest were taken by coalitions and independent candidates.

According to a report, six candidates were arrested prior to the election on allegedly politically motivated charges, according to their lawyers. Four of the detained politicians were candidates from the country's opposition Democratic Party and the remaining two are independent candidates. Among those arrested were former Finance Minister Sangajav Bayartsogt and Bayanjargal Byambasaikhan, chairman of the Business Council of Mongolia, who are implicated in a large mining deal involving foreign investment.

Protests against China’s suppression of language

In mid-September 2020, protesters rallied in Mongolia’s capital Ulaanbaatar to protest against a visit by the Chinese government’s top diplomat, State Councillor Wang Yi, amid accusations that Beijing is suppressing native language and culture in ethnic Mongolian regions of China.

About 100 mostly peaceful protesters gathered on Sukhbaatar Square in front of Mongolia’s Government Palace and chanted “let’s protect our native language” and “Wang Yi go away”.

They were responding to a policy forcing elementary and secondary schools in China’s Inner Mongolia region to adhere to a national curriculum in Chinese language, politics and history. China said the policy was designed to promote national unity. However, the policy has led to school boycotts and accusations by human rights groups that Beijing is trying to destroy Mongolian culture.