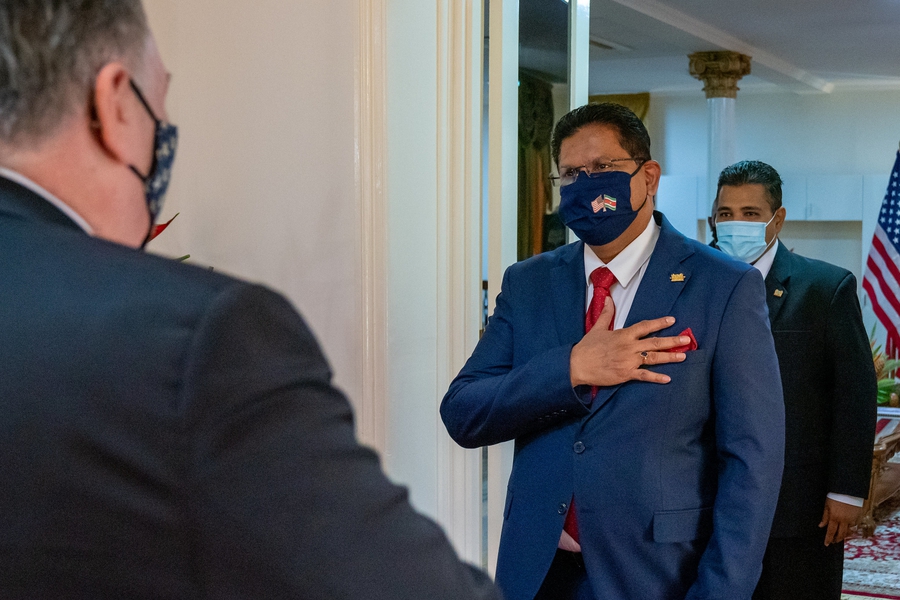 The government change ousted president Dési Bouterse, who had been in power for ten years and was a prominent political figure in the country for decades. Bouterse was also convicted of murder and sentenced to 20 years in jail by a Suriname court in November 2019, for his responsibility in killings that took place in the 1980s when he was chairman of the National Military Council.

In February 2020, before parliamentary elections, anti-government protesters gathered over several days against former president Dési Bouterse and his National Democratic Party (NDP). The demonstrations started over increased fuel prices and living costs, as well as reports of misuse of government funds.