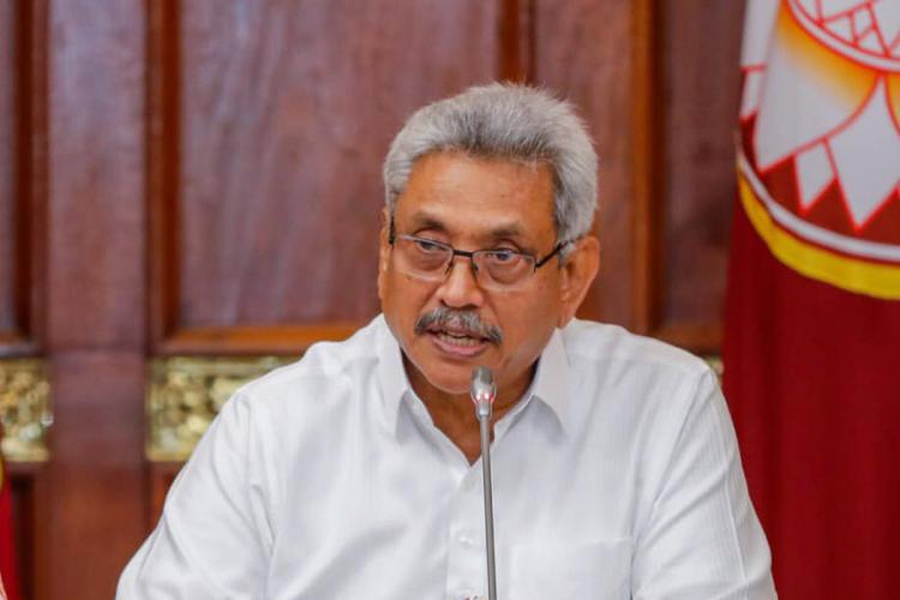 On 5th August 2020, President Rajapaksa’s party secured a parliamentary majority in elections. The results increased concerns that the government would exacerbate policies that are hostile to ethnic and religious minorities and further repress those seeking justice for abuses committed during the country’s 26-year civil war, which ended in 2009.

In late September 2020, the United Nations Secretary General António Guterres raised concerns over the Sri Lankan government’s intimidation of human rights activists, including those who had travelled to the UN Human Rights Council in early 2020, and its labelling any such activities “absolutely unacceptable”. The report stated that the UN had “received continued allegations of surveillance of civil society organisations, human rights defenders and families of victims of violations, including repeated visits by police and intelligence services, questioning organisations about their staff and activities related to the UN”.

On 22nd October 2020, parliament adopted amendments to the Sri Lankan Constitution, which serve to expand the powers of the President, while encroaching on the powers of Parliament and the courts.

With the change, President Gotabaya Rajapaksa will be able to hold ministries as well as appoint and remove ministers. He will also be the appointing authority over the elections, public service, police, human rights, and bribery or corruption investigation commissions. The president can also dissolve Parliament after two years and six months of it being elected instead of the previous law that prohibited him from dissolving Parliament until six months before its five-year term ends.

It also introduces judicial appointment procedures - which the International Commission on Jurists (ICJ) have highlighted - are incompatible with the principles of justice by reintroducing the Parliamentary Council, consisting only of political actors. The body serves to merely advise the President regarding appointments to the judiciary and other key public institutions.

However, the Supreme Court had identified four clauses that it said would require approval by the people at a referendum including those exempting the President from being answerable to Parliament and providing him immunity from lawsuits.

In recent months human rights groups have reported an increasing suppression of dissent, human rights lawyer Hejaaz Hizbullah continues to face judicial persecution and there have been ongoing attacks on journalists. Groups seeking transitional justice for crimes during the civil war held protests seeking answers especially on the disappeared but face harassment from the authorities.

On 29th July 2020, ten international human rights organisations including CIVICUS said a campaign of fear has intensified since the 2019 presidential election in Sri Lanka and there have been targeted arrests, intimidation and threats against the lives and physical security of lawyers, activists, human rights defenders and journalists.

Numerous civilian institutions, including the NGO Secretariat, have been placed under the control of the Defence Ministry. Since the presidential election in November 2019, anti-human rights rhetoric intended to restrict the space for civil society has been amplified by senior members of government.

The groups said that in the months following the November 2019 presidential election, a number of organisations reported visits from intelligence officers who sought details of staff, programmes and funding, in particular, organisations in the war-affected Northern and Eastern provinces of the country. Such visits are blatant attempts to harass and intimidate Sri Lankan civil society.

In August 2020, Human Rights Watch reported that the crackdown on dissent under the Rajapaksa administration had intensified, facilitated by the government’s highly militarised response to the COVID-19 pandemic, and has included intimidation, death threats, physical assaults and arbitrary arrests.

Hejaaz Hizbullah has been held in detention for over 6 months without a shred of evidence shown to a court that he has done anything wrong- said @dlgriffiths Director of the Office for the Sec General @amnesty in a statement https://t.co/9ByiFU0XyE #lka #srilanka @Justice4Hejaaz

On 16th October 2020, human rights groups called on the Sri Lankan authorities to release prominent human rights lawyer Hejaaz Hizbullah, who has been held in detention for more than six months under the country’s repressive Prevention of Terrorism Act (PTA) without charge or any credible evidence being put before a court.

As previously documented, Hejaaz Hizbullah, notable government critic, has been held at the Criminal Investigation Department headquarters in Colombo since his arrest on 14th April 2020, with restricted access to his lawyers, family and wife. Under the PTA, the authorities can detain any ‘suspect’ for up to 18 months, using detention orders lasting 90 days at a time. Hejaaz Hizbullah’s second period of detention was to expire on 17th October.

However, on 28th October it was reported that his trial has been postponed to 24th February 2021 due to the prevalent coronavirus situation in the country.

Attacks and arrest of journalists

On 21st August 2020, INFORM - Human Rights Documentation Centre, reported that a 20-year-old Tamil journalist was attacked with a barbed wire by two unidentified persons in Jaffna when he was travelling after work on a motor bike. The victim, Vijayanathan Janarthan is a media correspondent at Tamil newspaper and website, Valampuri. A complaint has been lodged with the police in relation to this incident.

In a separate case, on 31st August 2020, web journalist and editor of the lankanewsweb.org, Desmond Chathuranga de Alwis was arrested for allegedly publishing reports which are in contempt of court and the judicial process. Media groups said that while the article that led to his arrest, which accused judges of corruption, was “clearly a careless case of reporting” there were concerns around the media at the manner of the arrest, which could be seen as an intimidation of journalists.

The International Federation of Journalists (IFJ) reported on 6th October 2020 that Derana TV journalist Indunil Wijenayake had been attacked by sand miners in the Kumbukkan Oya area of Monaragala district on 3rd October while reporting on illegal sand mining in the area. Indunil Wijenayake reportedly reached the illegal sand mining hub in the Kumbukkan Oya area on 3rd October and was obstructed by a group of sand mafia who attacked the journalist as he attempted to report the illegal enterprise. He received several injuries in the attack and was taken to the nearby Monaragala District Hospital for treatment.

On 12th October 2020, journalists Shanmugam Thavaseelan and Kanapathipillai Kumanan, correspondents for the Tamil Guardian, were attacked by timber smugglers when the duo were working on a story on illegal deforestation and timber smuggling in the Murippu forest area in the Mullaitivu district. According to IFJ, the journalists were attacked by four men on motorcycles brandishing iron rods after the journalists took photos and video footage of the illegal collection of timber in the Murippu jungle area for smuggling purposes. Following the attack, the assailants snatched the camera and the journalists’ mobile phones, deleting the videos. Kumanan received serious injuries to his head and nose while Thavaseelan lost a tooth. The attackers also threatened to kill them.

On 30th August 2020, on the International Day of the Victims of Enforced Disappearances, hundreds of families of disappeared persons in Sri Lanka carried out protest rallies in the northern and north-eastern districts. The protesters sought justice for the thousands of ethnic minority Tamils who went missing during the latter part of the civil war in Sri Lanka, which ended in May 2009.

INFORM reported that a court order was issued against a protest leader in Batticaloa. Police also tried to lock the protestors inside a church. Leader of the group in the Ampara district, Thambirasa Selvarani reproted that a policeman had grabbed the photo of her missing husband, the only one that she had. According to INFORM, the police had referred to the event as illegal.

As previously documented by the CIVICUS Monitor, families of the disappeared have been campaigning to obtain answers about the fate of their loved ones in the final stages of the civil war in 2009 and its aftermath. Among their demands are the investigation and release of a list of all secret detention centres, the publication of a list of all detainees held under the Prevention of Terrorism Act (since 1978) and the release of records of all those who had surrendered to the Sri Lankan armed forces at the end of the conflict. There have been reports of surveillance and intimidation from the Sri Lankan security and intelligence forces during previous rallies.