Calls for attacks on journalists to be addressed, amid impact on media sector due to COVID-19 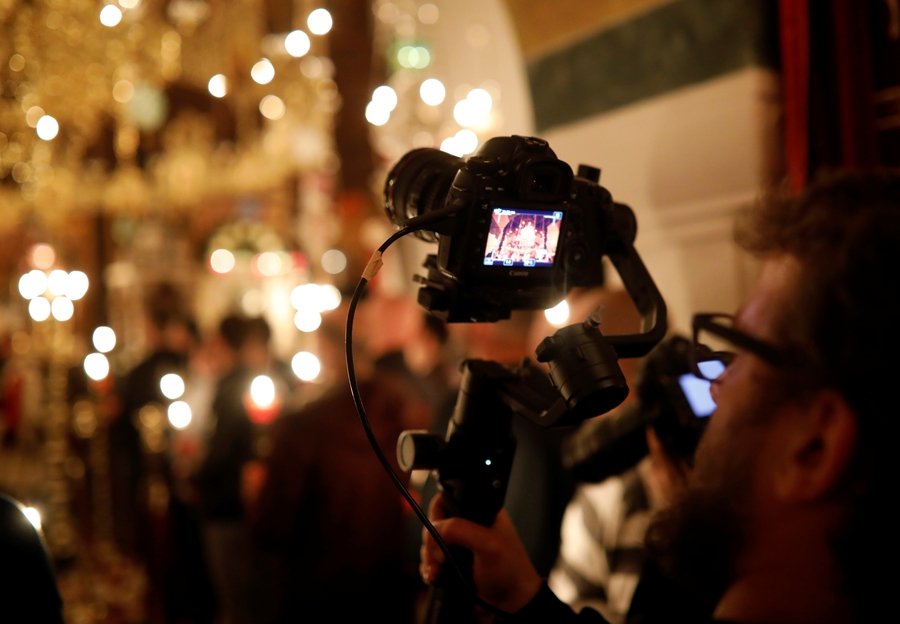 The media sector has been majorly impacted by COVID19 (REUTERS/Ognen Teofilovski via Gallo Images).

Three reports were published that indicated positive progress for the conditions of civil society in North Macedonia. First, EU TASCO 3 published a report which found that North Macedonia has a conducive environment for the development of national CSOs. Second, as a part of its Enlargement Package, the European Commission published an assessment on reform in North Macedonia, where they concluded that civil society remains active and plays a key role in policy and decision-making processes. Finally, the Macedonian Center for International Cooperation (MCIC) published the Monitoring Matrix on Enabling Environment for Civil Society Development in which they indicated that there was a relatively enabling environment for North Macedonia CSOs. They found that, although basic freedoms were guaranteed, there were no significant reform changes which support the operations and developments of CSOs, including minimal state funding.

The following protests were documented in the reporting period:

In an interview, the President of the Association of Journalists of Macedonia (AJM) spoke about the barriers to freedom of expression for media workers in North Macedonia. He highlighted the apparent impunity for attacks on journalists, the negative impact of public money on the media, reform required for the Macedonian public broadcasting service and the closure of many institutions.

COVID-19, and the subsequent economic crisis, are said to have permanently reshaped the media landscape in North Macedonia. The head of the Macedonia Media Association has reported that there has been a 70% decline in advertising. While the government has intervened by providing three million euros in aid to the media sector, critics have pointed to the dangers of state support, particularly in reference to the importance of preserving editorial independence.

The newly elected government published its 2020-24 plans, which indicated improved regulation of media ownership. However, the Information Society Minister noted that, due to limited budgets for salaries, few had applied to join the national broadcaster’s MRT Programme Council, thus limiting reform.

On 9th September 2020, two Al Jazeera Balkans journalists were attacked at a protest staged by the right wing opposition party VMRO-DPMNE in Skopje. In a joint statement, AJM and the Independent Trade Union of Journalists and Media Workers (SSNM) condemned the attack, calling for the Ministry of Internal Affairs to press charges against the arrested attacker. The journalist unions said:

“This behavior towards journalists who are on duty is unacceptable and it should be sanctioned by the Ministry of Interior because the violence towards journalists is not allowed in democratic countries. If these incidents are tolerated there is a risk of encouraging new and more serious violence on journalists in near future, and that will additionally jeopardise their safety, the freedom of expression and the right to inform citizens”.

After a series of unresolved cases, the AJM demanded that attacks on journalists and media workers be sanctioned and perpetrators be brought to justice. The union called on the executive to create a safe environment for journalists to do their job freely and independently. The AJM president presented the Declaration on the Impunity of Attacks and Threats against Journalists and Media Workers, calling for all institutions to respect journalists’ freedom of expression and media freedoms.

During this period, many testified in the Skopje Criminal Court regarding the “Target-Fortress” case, which involves an alleged large-scale illegal wiretapping scheme that occurred between 2008 and 2015. It was reported that over 4,000 telephone numbers of politicians, journalists, businessmen and other significant figures were tapped.