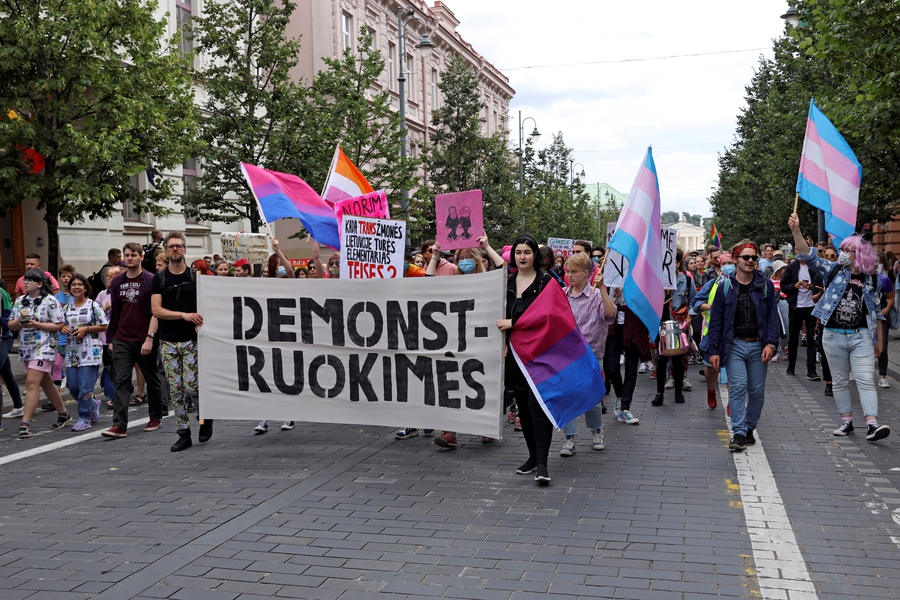 In an attempt to curb the COVID-19 pandemic, the Lithuanian government announced a national lockdown on 16th March 2020. Between the 13th and 27th March 2020, all sporting, cultural, recreational and entertainment events were banned in the country and schools and universities were closed. Lockdown restrictions were eased in mid-April 2020, with the quarantine ending on 17th June 2020.

Lithuanian non-governmental organisations (NGOs) are rejoicing after a National NGO Fund was established following many years of advocacy.

“The NGO Information and Support Centre and the National NGO Coalition in cooperation with other CSOs and scientists put a lot of effort into advocating for the establishment of the National NGO Fund in Lithuania, as this will create the long-term warranty for a sustainable funding source for CSOs. The big milestone was reached when the government incorporated this idea into its current strategy and the amendments of the Law on the Development of NGOs were approved in the Parliament of Lithuania in December 2019.”

In addition to government support for the recovery of the country’s economy, the Lithuanian administration has promised a further two million Euros for the NGO sector, which has been heavily affected by the coronavirus pandemic. NGOs with an annual budget below 30,000 Euros will receive 1,000 Euros and those with a higher budget will receive 5,000 Euros. In July 2020, the government started to collect applications and began distributing the NGO aid as promised.

Aksamitauskaitė remarked that although the COVID-19 crisis postponed the establishment of the National NGO Fund, it is nevertheless going forward as planned. Lithuanian NGOs are now also celebrating a second important milestone – the establishment of the Board of the National NGO Fund. The Fund’s board consists of seven members, including three government representatives, three representatives from national NGOs and a scientist researching civil society and NGO development.

The Fund’s annual budget will vary depending on the amount received from citizens’ donations via tax declaration processes. Aksamitauskaitė told the Monitor that although this year’s data isn’t available as yet, based on last year’s donations via tax declarations and the Ministry of Social Security and Labour’s financial support, it is estimated that the annual budget could be around seven million Euros.

“The next milestone is the creation of a transparent and accountable management system for the National NGO Fund and we are sure that this new instrument for civil society resourcing, already in 2021, will strengthen the capacity of all types of NGOs to implement their mission and provide services for the communities that need them.”

In a separate and concerning development, the Human Rights Monitoring Institute (HRMI) has released a report titled Human Rights in Lithuania 2018-2019, which states that discrimination on the basis of gender, sexual orientation, disability, age, origin and other grounds in the labour market, the service sector and other areas is regularly observed in the country. The report further states that a very narrow definition of what it means to be Lithuanian exists in the country and individuals who don’t fit this definition often face discrimination.

Despite these failings, the report also highlighted some areas in which Lithuania has made significant progress. In the areas of freedom of expression, personal data protection and the right to a free trial, Lithuania seems to be on an upward trajectory. The government has also been praised for its cooperation with civil society organisations (CSOs) in recent years, the latest example of which is the continued government support for NGOs during the pandemic.

“We welcome the fact that the authorities are becoming more open about, and involve civil society more in, drafting legislation, and also that they are cooperating more with NGOs when formulating or implementing various policies. This gives us hope that we will shake off the stagnation in certain areas in the long run. Further progress will depend on all of us understanding and defending our own rights.” —Goda Jurevičiūtė, project manager at the HRMI.

On 11th July 2020, around 500 people rallied in Vilnius, the Lithuanian capital for LGBTI rights, calling on the government to legalise sex change and same-sex marriage. According to protesters, the march was organised to raise awareness of the mistreatment of transgender persons in the country, as well as to highlight the harmful provisions of the controversial Law on the Protection of Minors against the Detrimental Effect of Public Information.

The Law on the Protection of Minors, which was first adopted in 2002, has been heavily criticised since its inception for targeting the LGBTI community. Its alleged purpose is to define the criteria for public information that could have a negative impact on the mental, physical or moral development of minors and to censor journalists accordingly. However, in 2009, under the Kubilius administration, the law was amended to include a clause which states that information “which promotes homosexual, bisexual or polygamous relationships” negatively affects minors’ development. In the context of much public criticism, the bill was revised again in 2011, rephrasing the controversial clause to information “which despises family values, promotes a different concept of marriage and family formation than that established in the Constitution of the Republic of Lithuania and the Civil Code of the Republic of Lithuania”. Nevertheless, the law remains deeply problematic and LGBTI organisations continue to campaign against it.

The protest was met by a group of around 20 counter-protestors, including MPs Egidijus Vareikis and Rimantas Dagys, the leaders of the Lithuanian Christian Union. Vareikis, who has repeatedly expressed homophobic and transphobic opinions, told the BNS that no human rights have been violated in Lithuania and labeled the march a mere “cultural craze”.

On 23rd August 2020, to mark the 31st anniversary of the Baltic Way protests, Baltic states formed a mass human chain to show support for anti-government protesters in Belarus. The Baltic Way was an important moment in the region, where millions formed a human chain that ran 600 kilometres through Lithuania, Latvia and Estonia, calling for independence.

Thousands formed a human chain in the capital Vilnius up to the border with Belarus. Belarusian opposition leader Svetlana Tikhanovskaya, who fled to Lithuania shortly after the elections in Belarus sparking large protests calling for long-time president Alexander Lukashenko to step down, expressed support for this symbolic action.

Earlier this year, in January 2020, the European Court of Human Rights (ECtHR) ruled in favour of a gay couple Beizaras and Levickas in a landmark case against hate speech.

Massive victory at #ECHR took place today which would contribute greatly in terms of improving #LGBT #HumanRights standards in Lithuania🏳️‍🌈🇱🇹
ECHR ruled that Refusal to investigate hate-speech comments about same-sex kiss on Facebook was discriminatory. https://t.co/eTnQjMXqm5

In 2014, Beizaras and Levickas, a gay Lithuanian couple, shared a photo of themselves kissing on Facebook. The post was immediately flooded by homophobic comments and hate speech. The two men sought help from the Lithuanian Gay League’s (LGL), who then referred the case to the Prosecutor General’s Office. However, the case wasn’t taken any further as the Prosecutor General refused to launch a pre-trial investigation into the hate speech against them.

Moreover, the Supreme Court of Lithuania found that “the majority of Lithuanians treasure traditional family values” and even argued that “the person publicly posting the photo of two men kissing should have and must have known that such eccentric behaviour most certainly does not advance the cause of helping members of society with different viewpoints understand and tolerate each other.”

Nevertheless, the case was investigated by the ECtHR in 2017 and became known as Pijus Beizaras and Mangirdas Levickas v. Lithuania. The Strasbourg court found that the Lithuanian authorities had failed to protect Beizaras and Levickas’ rights under criminal law and had discriminated against them on the basis of their sexual orientation. According to the court’s ruling, Lithuania is to pay each applicant €5,000 in non-pecuniary damages and an additional €5,000 to the two applicants jointly to cover their litigation costs.

"Let's hope that this decision will further encourage our country's law enforcement agencies - the courts, the prosecutor's office, and even the police - to investigate more fairly so that we don't have to go as far as we did.” - Pijus Beizaras said (translated from Lithuanian).

“I am very pleased that the European Court of Human Rights has sent such a strong message to national authorities across Europe that they must take anti-LGBTI hate speech seriously, and investigate complaints, even about a single hateful comment on Facebook, let alone one that LGBTI persons should be killed,”- Robert Wintemute, Professor of Human Rights Law at King’s College London (UK) and co-representative of the applicants.