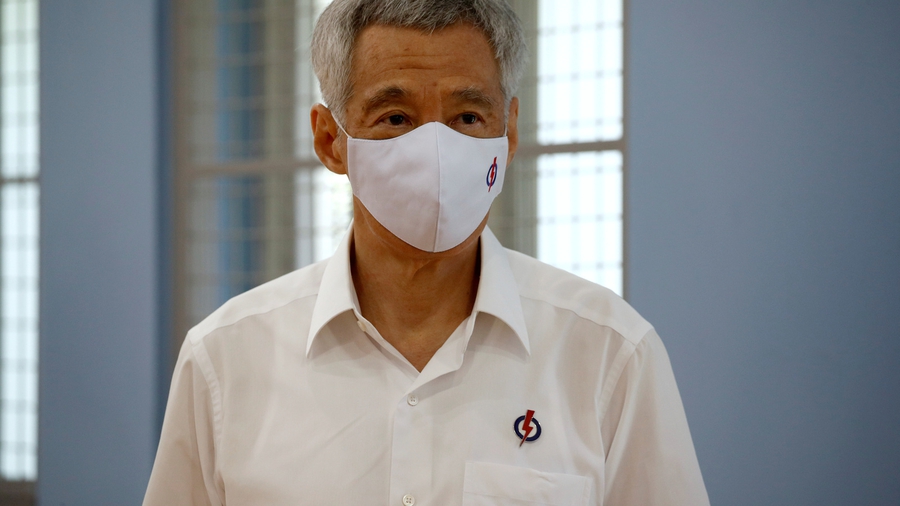 On 10th July 2020, Singapore held its general elections where the ruling political party, People’s Action Party (PAP), secured 83 out of 93 seats in parliament while the remaining 10 seats went to the Worker’s Party, the most ever held by opposition lawmakers since the city-state's first general election in 1968. The PAP's share of the popular vote also slid to 61.2%, down from nearly 70% five years ago.

Ahead of the elections, on 3rd July 2020, the Asian Forum for Human Rights and Development (FORUM-ASIA), CIVICUS: World Alliance for Citizen Participation and the International Commission of Jurists urged all parliamentary candidates and political party leaders to commit to respecting and protecting human rights as part of their mandate. The organisations highlighted restrictions to civic freedoms and efforts to censor independent media, including through the abuse of laws to stifle freedom of expression and information, which potentially obstructs the rights of Singaporean people to participate in the elections.

Since the elections, the authorities have continued to use the Protection from Online Falsehoods and Manipulation Act (POFMA),  a law to combat misinformation, against its online critics. It is also continuing its harassment of critical news site New Naratif for allegedly breaking its restrictive election laws. Human rights defender Jolovan Wham spent 10 days in jail for holding a public discussion in 2016, while a group of Myanmar nationals are being investigated for holding a peaceful protest. NGOs are also calling for better protection of migrant workers.

The government has continued to use the Protection from Online Falsehoods and Manipulation Act (POFMA) to harass online critics as well as platforms which carry their messages.

The directives concerned claims reported on these sites that the chief executive of the Housing Development Board, Dr Cheong Koon Hean, suggested that the population of Singapore would increase to 10 million by 2030. Authorities assert this claim is false as Dr Cheong did not make such a statement and that such falsehoods “damage the public interest by undermining legitimate and honest discussion”.

Facebook was also issued a Targeted Correction Direction, obligating the social media platform to post the correction notice alongside the original post on the site. Facebook has previously said that they “believe orders like this are disproportionate and contradict the government's claim that POFMA would not be used as a censorship tool”. It has also said that “blocking orders like this are severe and risk being misused to stifle voices and perspectives on the internet”.

On 5th July 2020, the POFMA office issued correction directives to four organisations which carried statements made by Dr Paul Tambyah over the outbreak of COVID-19 in foreign worker dormitories. Dr Tambyah is a physician and President of the US-based International Society of Infectious Diseases, and was a candidate for the opposition Singapore Democratic Party.

In response to the development, PEN International’s Chair of Writers in Prison Committee, Salil Tripathi, said:

“Elections are an important time for voters to ask questions to governments and hold officials to account. Issuing correction directives during an election can chill political conversation and stifle debate, preventing voters from getting necessary information. The government should withdraw such directives and amend the law to ensure that it does what it is meant to do – fight fake news, not block criticism.”

As previously documented, Singapore has been ramping up its use of the POFMA law against opposition groups and critical online media. POFMA is a sweeping piece of legislation which permits a single government minister to declare that information posted online is “false” and to order the content’s “correction” or removal if deemed to be in the public interest.

NEW: PJ Thum sits down with Sean Francis Han to explain what exactly the Elections Department of the Prime Minister’s Office is accusing New Naratif of having done and how this is an abuse of the law.

The harassment against New Naratif - a multimedia website for Southeast Asian journalism, art and research – has persisted following the elections.

On 18th September 2020, it was reported that a police report had been filed against New Naratif for publishing “paid advertisements that amounted to the illegal conduct of election activity under s83(2) of the Parliamentary Elections Act (PEA) during the recent 2020 General Election” on its Facebook site.

According to reports, the Elections Department had instructed Facebook on three different dates in July 2020 to remove five paid advertisements published on its platform. The department claimed that the advertisement placed by the website violated the Parliamentary Elections Act

On 21st September, PJ Thum, New Naratif’s founder and managing director, was questioned by the police at Clementi Police Division regarding the police report. Four police officers escorted Dr Thum to his apartment to confiscate his laptop.

In response to this, New Naratif highlighted how “Singaporean laws are written so broadly as to effectively make a huge swathe of legitimate political activity illegal without a permit, with the discretion to take action in the hands of the authorities”. They also stated that multiple experts and observers have previously questioned the independence of the Elections Department and its politicisation as part of the Prime Minister’s Office, and condemned Singapore’s Elections as “neither free nor fair”. They further added:

“This police report is a continuation of the PAP government’s attempts to intimidate independent media and is an abuse of the PEA designed to strike fear into the hearts of the government’s critics and citizenry.”

As previously documented, New Naratif has been vilified by the Singaporean authorities previously and accused of being “foreign funded” and supporting foreign interests. Previously in May 2020, a correction directive was issued to news outlet New Naratif regarding a video entitled "The Show with PJ Thum: How bad laws are created and abused in Singapore (A POFMA case study)". On 5th July 2020, the Permanent Secretary of the Ministry of Manpower) ordered a correction directive against an episode of New Naratif’s “Political Agenda” podcast entitled “An Interview with Dr Paul Tambyah”.

On 20th August 2020, human rights defender Jolovan Wham was handed a 10-day prison sentence for violating the Public Order Act. Wham was charged under the Public Order Act in November 2016 for his involvement in an indoor public discussion on ‘Civil Disobedience and Social Movements’. The event saw the participation via Skype of Joshua Wong, a human rights defender from Hong Kong, who spoke about civil disobedience and social movements.

Nearly three years later, in January 2019, the High Court convicted Wham of “organising a public assembly without a permit,” because he did not have a permit for a foreigner to speak at the event. Wham was also convicted for refusing to sign a police statement, contending the police refused to provide him with a copy. In October 2019 the appeal against his conviction was dismissed by the courts.

As previously documented, Singapore has a low tolerance for dissent and there is only one park in Singapore where people are allowed to participate in public assemblies without a permit. The Public Order Act has been systematically used to clamp down on gatherings critical of the state and even on solo peaceful protests. Anyone convicted may be fined up to S$3,000 (USD 2,152). Repeat offenders may be fined up to S$5,000 (USD 3,587).

On 27th August 2020, the police reported that four Myanmar nationals took part in a peaceful assembly at Tagore Industrial Park in support of a political party in Myanmar. The four are being investigated under the Public Order Act for participating in a public assembly without a permit.

The police stated that they “will not grant any permit for assemblies organised by or involving non-Singaporeans that advocate political causes of other countries”, which is inconsistent with international law and standards on the right to peaceful assembly.

This is not the first time foreigners have been probed for exercising their right to peaceful assembly.In December 2019, a 32-year-old Indian national was investigated for participating in a public assembly without a police permit. He had allegedly committed the offence at Marina Bay, to protest against India's discriminatory Citizenship (Amendment) Act. The man was believed to have posted a picture of himself on social media, holding a placard. In November 2019, police impounded the passport of a Hong Kong restaurant owner for allegedly organising a gathering around the anti-extradition protests in Hong Kong.

As previously documented, Singapore’s approach in handling the coronavirus (COVID-19) was initially lauded as a global standard. Yet, migrant workers living in cramped dormitories were the main hot spots of COVID-19. Despite concerns raised by local civil society groups highlighting the poor conditions and treatment of migrant workers, the government was slow to act.

On 31st August 2020, the Humanitarian Organization for Migration Economics (H.O.M.E) released a study detailing the plight of Bangladeshi Conservancy Workers (BCWs) - essential workers who maintain high-rise public housing estates - in Singapore. The study highlighted excessive debt, depressed wages and intense workloads, contributing to exploitative working conditions. The study recommended the government ensure regular weekly rest days, equal wages so that it matches with locals employed for the same job, and that foreign worker levy payments should be redirected from being paid to the state to increasing the salaries of BCWs, among others.