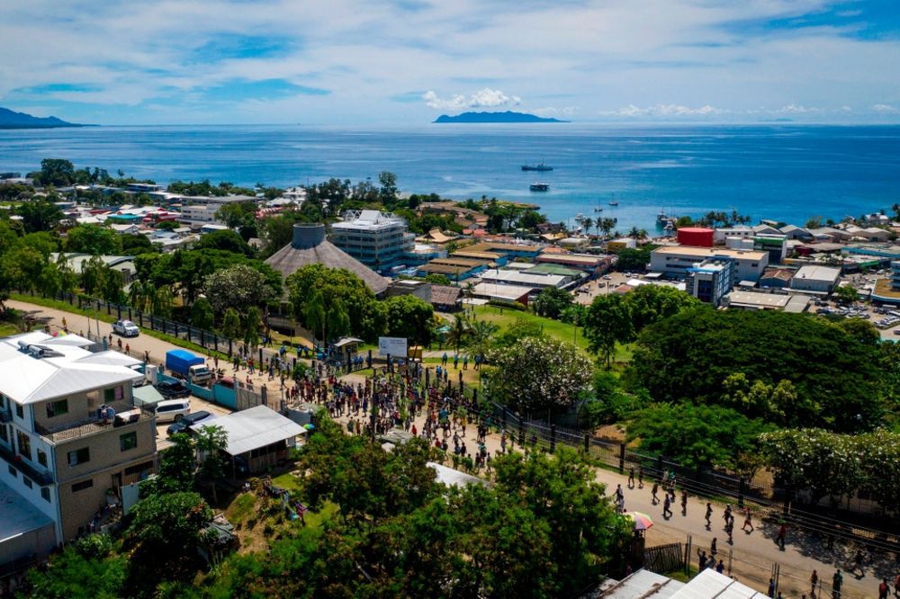 The Solomon Islands continues to live under a state of emergency as part of its response to the COVID-19 pandemic gripping the world. In July 2020, the State of Public Emergency (SOPE) was extended to November 2020 by parliament. As part of ongoing restrictive measures in place, the country continues to impose restrictions on movements into and out of the country except for repatriation flights that are still being carried out.

The ongoing state of emergency has also resulted in calls by the media for the government to engage with the public. There is also the worry that due to the economic hardship faced by the country, destructive industries such as mining could be pushed forward without public consultation. Two environmental defenders opposing a logging company are facing jails sentences. Further, the ongoing dispute between the central government and the Malaita provincial government has resulted in protests over a push for a referendum by the province.

The Solomon Islands Media Association (MASI) has reminded the government of the importance of engaging with the media during the COVID-19 pandemic.

Newly elected President of MASI, Georgina Kekea issued a statement on 21st August 2020 saying “journalists had great difficulty getting answers from the government and it was having a detrimental effect on media coverage.”

She said having transparency and accountability was particularly important during the COVID-19 pandemic. Kekea said government's focus had been on making public statements and announcements without journalists present to ask questions. She added:

"It's just like a one-way thing that comes from government and reporters or journalists do not really have the chance to speak to the people, especially those in government representing the issues which we are faced with now when it comes to the issues with Covid and the information the public needs to know."

Among strategies being suggested is the organising of press conferences as a way to clear media speculation over the months since the start of the pandemic. The government has been silent on a number of issues including the disbursement of funds intended for public use.

There has been public anger in the Solomons over the lack of information being provided since the start of the pandemic, among which that Members of Parliament failed to disclose the use of USD 250,000 each of them received to repatriate constituents back to their villages from Honiara as a strategy in fighting against the pandemic.

Conservation groups are worried that the government’s efforts in fast tracking mining companies’ application for operations in Choiseul Province without going through due process could have adverse effects on the environment.

The site of the proposed mining operation would be on North-East Choiseul, near the site of one of the largest conservation areas in the Solomon Islands, the Arnavon Islands, a protected area and birthing site for the endangered leatherback turtle.

Samao Biribo, a member of the Kawaki conservation group, a network of women tasked to carry out conservation work in the Arnavons, points out the dangers of damage to wildlife and plants if debris or pollution from the mine is carried across by sea currents to nearby islands. Biribo said they were raising awareness about the dangers of mining on the environment and communities.

It is reported that the national government is intending to look to the mining sector to generate revenue and help the country recover from the economic impacts of the COVID-19 pandemic.

A government oversight committee has been set up to help companies fast track mining applications to the Mines and Minerals board. Environmentalist and landowner David Boseto said he is worried that the government is using the new process to push ahead in places like Choiseul Province.

"That is the concern, when you do that [fast track] you don't do due diligence, you do shortcuts," he said. Boseto said government must ensure it follows the country's mining laws.

The Forum Against Mining on Choiseul (FAMOC) was formed by landowning groups on Choiseul to oppose plans for the mining operations. ABC radio states that prospecting started on the north eastern tip of Choiseul a decade ago, with Japanese multinational Sumitomo planning a major nickel operation there. But in 2017, the company pulled out of the country after losing a six-year legal battle with Australian miner Axiom over mining rights in neighbouring Isabel Province.

A year later Solomon Islands Mining, a company owned by Filipino businessman Johnny Sy was awarded a prospecting licence in Choiseul. Sy is also the Director of the Samlingsun Logging Company. Solomon Mining is among the top contenders for a mining licence.

FAMOC members are questioning why a logging company can so easily turn itself into a mining company.

Solomon Islanders tried to stop the logging of their forests – and may pay the price:https://t.co/IUEJFOpJ02

Seeing no other recourse, the "Nende Five" took it upon themselves to stop the logging, destroying roads and bridges, and may pay a big price. pic.twitter.com/R2mAFFnPcf

According to a report by Mongabay, the two defenders and three others, known together as the “Nende Five” were taken into custody in 2018. In June 2020, three of the five were acquitted based on a lack of evidence. However, in July 2020 the magistrate decided to uphold charges against the two remaining individuals.

Jerry Meioko was convicted on charges of larceny and unlawful damage while Clement Tauto became the only defendant to be convicted of arson, which carries a maximum penalty of life in prison. Their convictions were based on confessions, which advocates say were made under duress.

According to the report, foreign logging companies have been allowed to operate with impunity by successive governments. Logging continues to spread in the Solomon Islands in areas that are home to local communities and claimed as ancestral land, and in forests inhabited by unique, endangered species found nowhere else in the world.

Protests on Malaita over government’s recall of Provincial Secretary

Auki Police closely monitoring situation in township for next 48 hours after peaceful protest carried out by employees of #Malaita Provincial Government, members of public & members of Malaita for Democracy #M4D Police continue to be on high alert & call for calm pic.twitter.com/EDMCmixZrc

A public protest was held in Malaita’s provincial capital, Auki on 7th September 2020 over what is seen as the government’s continuous move to undermine the provincial government by demanding the recall of the Provincial Secretary, Fredrick Fa’abasua to Honiara.

The protesters mobilised and marched to the Malaita Provincial Administration Office to show their support for Fa'abasua while calling for his reinstatement. An estimated crowd of between 700 to 1,000 protesters shouted and displayed supportive slogans for Fa'abasua to remain in office.

Premier Suidani explained that protesters in Auki have demanded an answer from the central government to their demand to reinstate Fa’abasua as the Provincial Secretary or they would not allow any replacement.

The planned removal of the Provincial Secretary came after the provincial government announced its intention of holding a referendum to look at the question of political independence from the Solomon Islands following what it sees as ongoing neglect by the central government on development.

Malaita, a province of 200,000 people in the country’s east, “will soon conduct a provincial-wide referendum on the topic of independence”, according to a statement from premier Daniel Suidani.

In a phone interview with the Guardian, Suidani confirmed the plan, saying a vote would be held as soon as this month. The announcement of a referendum has received strong opposition from the Manasseh Sogavare-led central government claiming it “illegal” with no legal basis.

The Premier has responded by stating that the intended exercise is simply to facilitate gathering the opinions of Malaitans, who are Solomon Islands citizens, on a political question that has been around for the last 40-plus years.

The proposed referendum has added another dimension to the existing tensions between both tiers of government after Malaita Province refused to sign up to the government’s switching of support from Taiwan to Beijing in 2019.