Demonstration in Helsinki to support protestors in Belarus 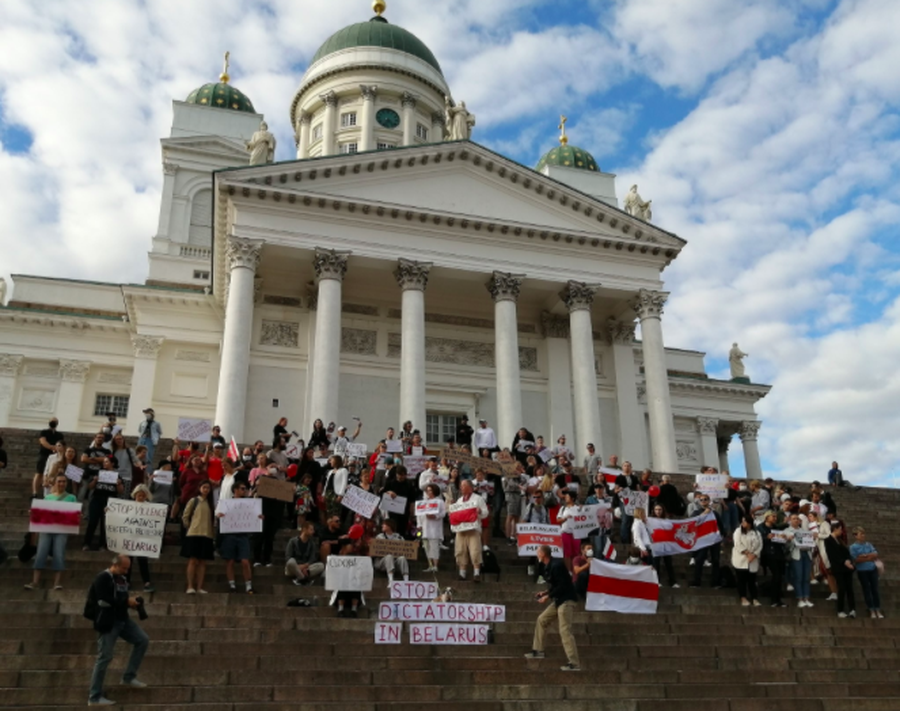 People gather in Helsinki in support of pro-democratic protests in Belarus (Photo credit: @A_ryhma via Twitter).

On 11th August 2020 people gathered in support of the pro-democratic demonstrations in Belarus. Amongst them were many Belarusians who reside in Finland, including the wife of a student who was arrested in Belarus when he briefly returned to the country to vote in the 2020 elections. One of the organisers of the protest in Helsinki did an exit poll at the Belarusian embassy which shows large discrepancies with the official results communicated by the embassy. The Helsinki Times reports that besides Belarusians, there were also Finnish, Swedish, French and Dutch people present at the protest.

A group of protesters from Extinction Rebellion staged a hunger strike, calling for the Finnish government to take swifter actions towards reducing the country’s carbon emissions. The hunger strike lasted for 12 days but received no concrete response from government. “We have one demand to the government, which is to commit to cutting carbon emissions by 20% by the end of 2021, and then by a further 20% every year so that Finland is carbon neutral, or net neutral, by the end of 2025”, said one of the strikers.

“We feel like the government is just not taking their responsibilities seriously....Finland has to take a lead and be a role model in tackling the climate crisis, but they only have this long term target and right now they are taking decisions that you wouldn’t know this is a government that is committed to tackling climate change. ”- Till Sawala, a physicist at the University of Helsinki.