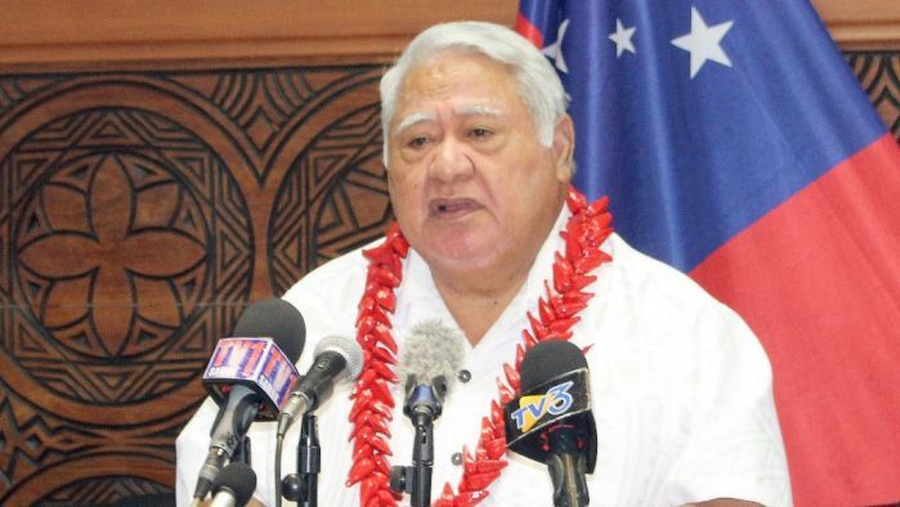 There have been concerns about the extension of the state of emergency in Samoa and the restrictions imposed despite the fact that it remains free of the coronavirus (COVID-19). The Prime Minister has once again proposed a ban on Facebook. There has been ongoing public consultation on three controversial bills that human rights groups believe will undermine the rule of law and the independence of the judiciary.

The state of emergency in Samoa due to COVID-19 has been extended to 27th September 2020. Opposition parties in Samoa have called out the government's state of emergency restrictions as "heavy handed" and "unnecessary", especially as the country remained free of COVID-19.

The opposition has also accused the government of double standards. According to the head of the Tautua Samoa Party, Luagalau Dr Afualo Salele, police have been interrupting church services, including funerals, to ensure there were no more than 100 people there and that social distancing measures were being observed. However, a government-sponsored opening of Apia's new Vaisigano Bridge was not subject to such police enforcement. Luagalau claimed that the crowd there was in excess of 100 people, including many Cabinet Ministers.

Critics have also criticised some restrictions as “opportunistic and unrelated to COVID-19”. In a piece published by a senior lawyer in the Samoa Observer in August 2020, he argued that orders that limit gatherings and impose trading and commerce bans on Sundays and during specific times of the day, for example, fall outside of the purpose of the March 2020 emergency proclamation. He added that “orders outside the scope of the initial emergency proclamation could be argued as a mistake or an attempt to expand the scope of Government powers”.

In July 2020, it was reported that Samoa was looking at banning Facebook ahead of the general elections in 2021. According to a report on TV1, Samoa Prime Minister Tuilaepa Sailele Malielegaoi said that there were numerous complaints by many people that the social media platform has been used to make defamatory statements about others.

He cited the case of Malele Atofu Paulo, a prominent Samoan anti-government blogger, also known as King Faipopo, who was accused of making personal attacks against him on Facebook. As previously documented, the blogger was subsequently charged with criminal defamation which human rights groups saw as an attack on freedom of speech.

In response to this, Samoa's Ombudsman, Maiava Iulai Toma, has warned that banning Facebook in Samoa would affect freedom of speech guarantees in the Constitution. Social media expert Jess Moloney said that “when a government makes such a decision without consultation with members of the public, it sets a very dangerous precedent”.

Facebook also responded to the threatened ban saying that the company is working hard to manage hate speech. The company told the Samoa Observer that “Facebook is a platform for diverse views. We believe in protecting freedom of expression on our services, while protecting our community from harmful content, including hate speech”.

This is not the first time the proposal to ban Facebook has surfaced in Samoa. In 2018, the Prime Minister threatened to ban social media platforms from Samoa completely due to “gutless anonymous bloggers” who use the freedom social media affords them to “abuse government officials and innocent members of the public”.

There has been ongoing public consultation on three controversial bills after they were proposed in March 2020. There had been concerns previously around the lack of consultation and secrecy around the bills.  Critics of the bills have argued that the laws undermine the rule of law in the country.

As previously documented there have been protests against the three bills before parliament. The Government of Samoa is advancing a suite of measures – the Constitution Amendment Bill 2020, the Land and Titles Bill 2020 and the Judicature Bill 2020. There are concerns that this move is likely to adversely affect the rule of law, the position of the Chief Justice and the supervisory jurisdiction in the hierarchy of courts in Samoa. The bills have all passed first and second readings in Parliament, and are now before a Parliamentary Select Committee for public submission.

On 18th June 2020, the International Bar Association’s Human Rights Institute (IBAHRI) wrote an open letter to the Samoan Government urging them to reconsider proposed legislation that would alter the court system and subsequently undermine the rule of law. It further stated that, if approved, the separation would remove the primacy of the Supreme Court, allowing legal decisions to be made without necessary scrutiny. The proposed bills would also grant the Judicial Services Commission, an unelected executive body, the power to dismiss judges in a move which would greatly undermine the independence of the judiciary.