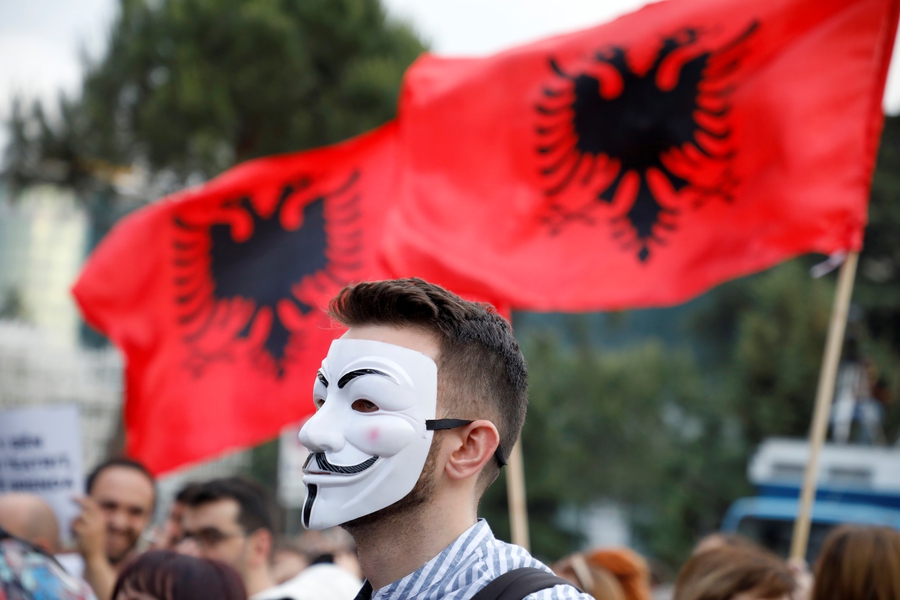 Democracy in Albania has deteriorated, according to the latest report Nations in Transit 2020 by Freedom House. Albania scored lower than a year ago for democratic governance (3.25 points), media independence (3.75 points), and electoral processes (4.25 points). These results confirm the growing fear of authoritarianism being established in the country and a dysfunctional system that enables government control.

#Albania|n locals make use of their democratic rights to protest enviornmental #destruction & loss of livelihoods caused by a huge #hydropower plant in one of the last free-flowing #rivers of Europe, the #Vjosa (pic), now face charges for doing so. Outrageous and unacceptable! https://t.co/iB6KooAdBk pic.twitter.com/wajZspGirE

The worrying trend of diminished access to public information and limitations of media freedom during the COVID-19 outbreak has continued in this reporting period. Namely, the COVID-19 crisis has exposed the weaknesses of Albania’s public information, with many cases of monopolisation of communication about COVID-19 by the government and a lack of transparency and accountability. ERTV reported that in the first month of lockdown, the Prime Minister published 407 Facebook posts about the pandemic and press conferences were not open to journalists. This, paired with the already hostile attitude of the government towards the media, has further limited the possibility for critical journalism regarding the handling of the outbreak by the authorities.

“We live in times of a dangerous communication crisis. In my opinion, the Albanian government is one of those regimes that are using coronavirus for small and short-term interests. We have raised concerns on the monopolisation of official information and willingness to close the windows offering critical opinions,” - Lorin Kadiu, Executive Director of Citizens Channel, a watchdog media organisation.