Civil dialogue continues, but no concrete support from government 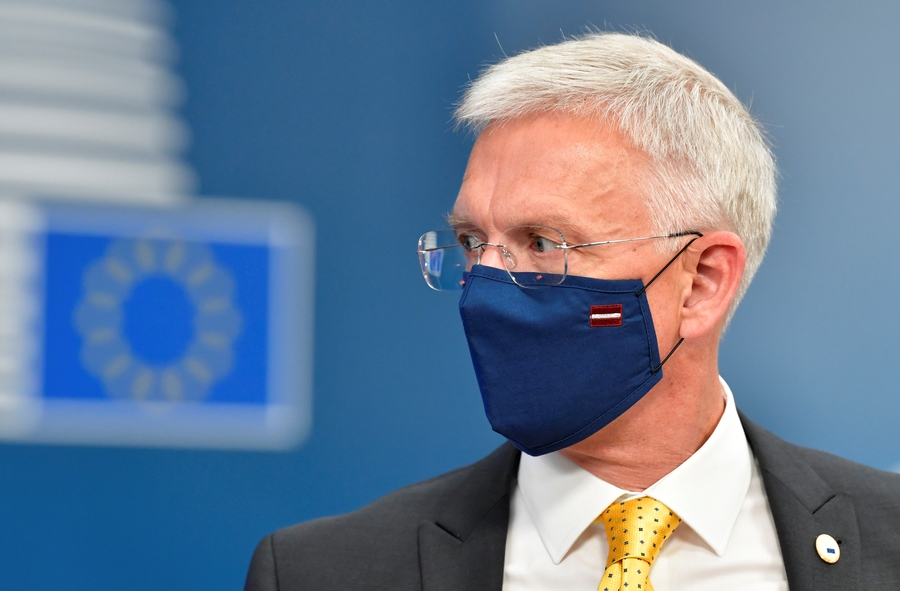 Inese Vaivare from the Latvian Platform for Development Cooperation (LAPAS) stated that there has been an active civil society dialogue with the government during the state of emergency, in particular due to the efforts of the NGO sector, and when discussing the demands and measures to be put in place to tackle the current situation.

“[The Parliament] recognises the commitment and decisive action of civil society and the private sector in selflessly supporting other citizens, municipalities and the state during the Covid-19 crisis. By restoring the Latvian economy to a qualitatively new level, this capacity for cooperation will be strengthened by supporting programmes for strengthening civil society, civic initiative and promotion of voluntary work and establishing an equivalent approach to the dialogue with civil society with social dialogue at all stages of decision-making - thus strengthening democracy, increasing mutual trust of citizens and their trust in the state”.

While Civic Alliance Latvia (CAL) has been working on pushing government’s actions to diminish the impact of COVID-19, it has not been successful in achieving concrete support measures for NGOs, as reported in a previous Monitor update. As Vaivare stated:

“We have a seat at the table, but we have not been successful in terms of results”.

The organisation has thus focused on other aspects and issues since the state of emergency was lifted. One of the successful steps put forward by the CSO members of the Memorandum Council has been the establishment of a budget for the Memorandum Council so that CSOs that want to participate have the means to do so.

In addition, they are aiming to classify a variety of activities run by CSOs as equal business activities, since the state only gives support to those organisations that have lost income related to business service delivery due to the pandemic (not grants, subsidies or other income) and can prove it.

As underlined by LAPAS, CSOs have noticed that during the emergency period authorities have become accustomed to addressing issues of public interest hastily, without undertaking public consultation as the best practice and regulation process entails. And while the state of emergency has ended, authorities want to continue the same decision-making process and not adhere to the usual process, which requires that the state consult civil society 14 days in advance. CSOs are starting to see this sort of attitude as a side-effect of the emergency period, and it is still difficult to understand government and authorities’ behavior fully.

No long-term measures are envisioned so far, but NGOs hope they will be included in the Recovery Plan foreseen by the Latvian government. In the short term organisations were able to request a discount or reduction in the rent of their premises or adjustments to financing agreements, applications for which have been extended until 31st December 2020.

CAL has prepared an opinion on the draft order by the Ministry of Interior “On the Action Plan for the prevention of money laundering, terrorism and proliferation financing for the period from 2020 to 2022”. In the opinion, CAL stated:

“We strongly pointed out that the current version of the document continues the practice of stating in general terms that the non-governmental sector can be used for money laundering or terrorist financing. Neither the report nor the plan identifies specific risks or circumstances that support such claims. Therefore, we called for only factual conclusions to be included in the plan.”

In a meeting organised on 23rd July 2020, the Ministry of Interior declared that the objections raised by CAL would be taken into consideration and a new updated draft would be sent for approval. This attitude was welcomed by CAL.

LAPAS reported that since the uncovering of money laundering scandals involving Latvian banks, NGOs’ financial possibilities have been deeply affected. For instance, one of LAPAS’ member organisations working with Moldova and Russia on foreign aid was told by the bank providing its services that it would be closing its accounts due to the high risks in cooperating with these countries. Currently, the member is trying to find a new bank to support their work. Further, during the monthly e-meeting of CSO representatives on 30th June 2020, it was reported that new associations must wait for at least two months to allow for in-depth research to be conducted or have their application refused. There are also cases where banks say they will not continue cooperating with a long-term, reliable partner because CSOs are high-risk clients. This attitude by banks arose from a report by the Financial Intelligence Service, which contains generalised data on the non-governmental sector. The report has not led to an improvement in the situation or to monitoring certain organisations that have committed illegal or suspicious activities. NGOs are working together with respective institutions, associations and Ministries to find a relevant solution.

From 19th June 2020 onwards CSOs in Latvia can submit project proposals for the Action project call announced by the Active Citizen Fund (ACF) to implement urgent and actual advocacy and civic activities, especially given the situation due to the pandemic. The maximum duration of projects is 12 months and one project can receive a grant up to 10 000 EUR.

Project applications can be submitted until 28th February 2023 or while funding is still available, via an online application system.

Activities supported under this call should be focused on active involvement of CSOs to tackle current and urgent issues that require immediate action (advocacy, civic activities that need to be implemented within a year) and that could not have been foreseen previously. The project activities must comply with the aims, outcomes and indicators of the programme of “Democracy culture”.

Co-funding is not compulsory though it can be included in the project both in the form of financial contributions and volunteer work. These changes have been introduced by the EEA/Norway Financial Mechanisms in order to support Latvian civil society during the crises caused by COVID-19.

While guidelines for the Action project call are in Latvian, Russian and English, the project application must be prepared and submitted only in Latvian.

CAL gave special attention to whether the draft guidelines included the proposals made by citizens during the regional discussion held in autumn 2019 and in February 2020 and called on the Ministry of Culture to make improvements to the document to reflect the views expressed by the public and to provide feedback to the participants of the discussions. The Ministry of Culture stated that everyone can get acquainted with the developed draft, evaluate its content and provide proposals for additions, if necessary.

On 5th June 2020 following mass protests against racism in the US, after the death of George Floyd, a Black man, by a Minneapolis police officer, a small Black Lives Matter protest took place, due to the restriction on gatherings of more than 25 people. Mainly young people took part in the protest which was organised by a group called Protests Youth.

Attended the #BlackLivesMatter protest in Riga this evening on short notice (hence my basic sign). Due to social distancing rules 25 people were able to kneel 2 meters apart in 15 min shifts. Police protected the protesters from a heckler & it was well organized by @ProtestsYouth pic.twitter.com/4yW059NiXF

The protest was criticised by a group of nationalists who staged a counter-protest a few days later in response.

LAPAS reported that they witnessed the impact of the Black Lives Matter movement in the country. What sparked a political debate around the issue of race at first was the problematic name of a locally produced ice cream called “Blacky” when translated into English.