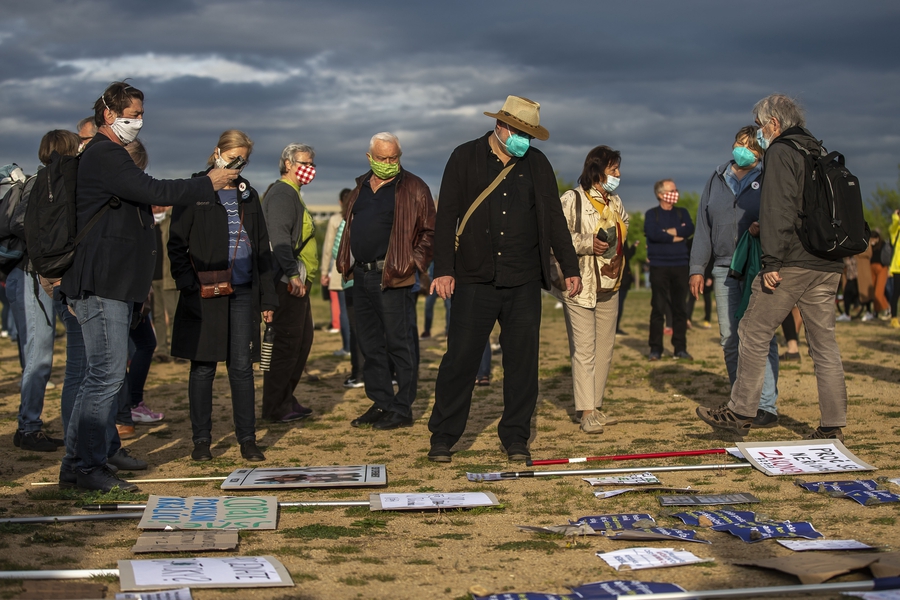 The Czech Republic was one of the few countries to declare a state of emergency before its first COVID-19 death had been registered. By mid-March 2020, the government had shut down all schools, banned all public events, limited public gatherings, closed borders and shut all non-essential stores in a bid to contain the spread of the coronavirus. From 11th May 2020, restrictions were gradually being lifted. The state of emergency ended on 17th May 2020.

While human rights restrictions and legal uncertainty were less severe than in many other countries in the region, several crisis measures taken by the government raised serious doubts about the competency and honesty of the government and its commitment to European values.

The Communist Party (KSČM) proposed an amendment to a law, which seeks to dramatically reduce the financing of associations and civic initiatives from the state budget. According to the bill, only beneficiaries that contribute to the fulfillment of state policy objectives will be provided with subsidies. Moreover, the only organisations which may apply for subsidies are those in the fields of culture, education, health and social services—leaving many other areas, most notably environmental NGOs, unaided.

Michal Berg and Magdalena Davis, co-chairs of the Green Party have jointly stated that:

“[We] consider the proposal of the communist deputies to be an attack on civil society and an attempt to weaken one of the pillars of democracy in the Czech Republic. […] The proposal is an obvious attack on associations dedicated to nature and landscape protection, associations dedicated to anti-corruption activities, and, in general, to all organisations that are critical of the government. […] Put simply, the proposal blatantly seeks to introduce the 'shut up and step' principle into NGO funding. (Translated from Czech)

Czech NGOs have also come under fire by Prime Minister Babiš, who has directly attacked civil society organisations (CSOs) as incompetent and inactive during the pandemic. Babiš stated that he has “lacked the support of the non-profit sector” in tackling the crisis. Many organisations and volunteers have rejected the Prime Minister’s claims.

The OSF Foundation has responded to the accusations with an open letter and a comprehensive list of the crucial role which individual NGOs have played in the fight against the coronavirus. They further argued that some organisations have had to step into roles that should be handled by the state, revealing the government’s less than optimal handling of the pandemic.

A member of DEMAS, an association of Czech non-profit organisations, told the CIVICUS Monitor about its concerns on the future of NGO funding:

“We can assume that financial cuts will be implemented— public as well as private budget, will tighten in the following months and years— which I assume will impact Czech NGOs more significantly.”

The Million Moments for Democracy-led demonstrations against the Babiš government have continued.

In early March 2020, thousands gathered in Prague to stand up against the “forces undermining democratic institutions in the Czech Republic”. The protesters called for the resignation of Prime Minister Babiš, who continues to face charges over an EU subsidy fraud.

The European Parliament issued a resolution in June 2020, calling on the Czech Prime Minister to step down or to remove all activities that pose a conflict of interest. The Babiš government responded by denying all accusations.

Exactly 2 years after @transparency_cz launched a complaint about @AndrejBabis' conflict of interests, the @Europarl_EN has passed another resolution giving further recognition of his misuse of public funds. https://t.co/5DTVMVwFAt

Million Moments has also weighed in, expressing its support for the European Parliament’s resolution. They stated:

“We, the Czech citizens, denounce the resolution of the Czech Government and we demand no tolerance for the conflicts of interests of Prime Minister Babiš… For years Million Moments for Democracy has been pointing out the inadmissible role of Andrej Babiš in the Czech Government. As Prime Minister, he has substantial influence over public spending while, as an entrepreneur, he also largely profits from public money.”

More recently, protests have taken place across the Czech Republic, the largest one being in the capital, where an estimated 1,500 people gathered. In addition to demands for Prime Minister Babiš’ resignation, protesters also expressed their dissatisfaction with the government’s handling of the pandemic. In order to avoid an excuse for dissolution, the protesters tried to adhere to social distancing measures.

Veselý had reportedly verbally attacked Johana Hovorková, chief editor ofFORUM24, one of the most widely read Czech news sites. The attack came in response to a critical commentary Hovorková had written about him.

“If Lubomír Veselý remains a member of the ČT Council, it would mean that the conduct he demonstrated is acceptable and that it does not seriously undermine the dignity, independence, and impartiality of the Council. In other words, gross insults to materially and culturally critical journalists would be recognised as an acceptable standard of conduct.” (Translated from Czech)

Thus, the Veselý case seems to be the latest example of a long-standing problem facing journalists in the Czech Republic.

Furthermore, the coronavirus pandemic has also had stagnating effects on freedom of expression. A recently published study by the Friedrich Ebert Foundation and the n-ost journalist network evaluated the impact of COVID-19 on media freedom in several Central European and Balkan countries, including the Czech Republic. The study concludes that despite initial criticism of the government for enforcing restrictive measures and for restricting journalists' access to press conferences, the media continued to work without major interventions. Nevertheless, the study echoes the RSF report, according to which the lack of critical journalists, as well as oligarchs’ tight grip on the media remain a concern.

In March 2020, the European Centre for Press and Media Freedom (ECPMF) wrote a letter to the parliament urging it to maintain independence and avoid political interference in the election of six new Council members of Czech TV (Česká televize) out of a total of 15 members.

“Your decision will have a direct impact on the maintenance of independence of public service TV in the Czech Republic, which is already under pressure. Independent and impartial media are an important pillar of democracy and an important source fortrustworthy information. Your decision is fundamental in preserving the freedom and independence of public broadcasting.”

Following this, in June 2020 a follow up letter was sent expressing concerns about the outcome of the election. The letter stated:

“We are concerned that the composition of the Council cannot be considered impartial or balanced between political groups any longer. The elected candidates reflect a one-sided political imbalance and open up the risk for direct political influence.”