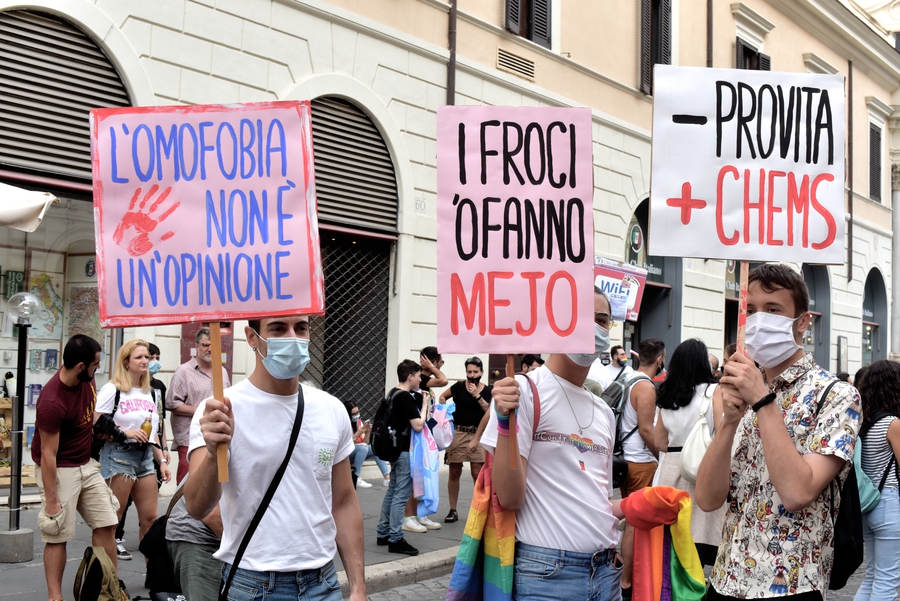 On 27th July 2020, the Italian parliament started a debate on making discrimination and hate crimes towards LGBTI people a punishable offence. Past attempts by previous governments to protect LGBTI people by law have been unsuccessful. The acceptance of LGBTI individuals in Italy is low, with a recent Eurobarometer survey showing acceptance at only 55% compared to the EU average of 72%.

The proposed law (the so-called Zan Law), written by MP and activist Alessandro Zan, would extend an existing law that punishes racist violence, hatred and discrimination, to include discrimination against LGBTI people and misogyny. The proposed law comes at a time where violence against the LGBTI community is on the rise, with several gay couples being violently attacked in the past month alone.

During a demonstration in Rome in support of the law, two young girls were verbally attacked and spat at by a man attending a counter-protest organised by right-wing conservative party Fratelli d’Italia. Fratelli d’Italia and their political allies from the League Party claim that the new law would limit freedom of expression and harm family rights.

The following protests were staged during the reporting period: