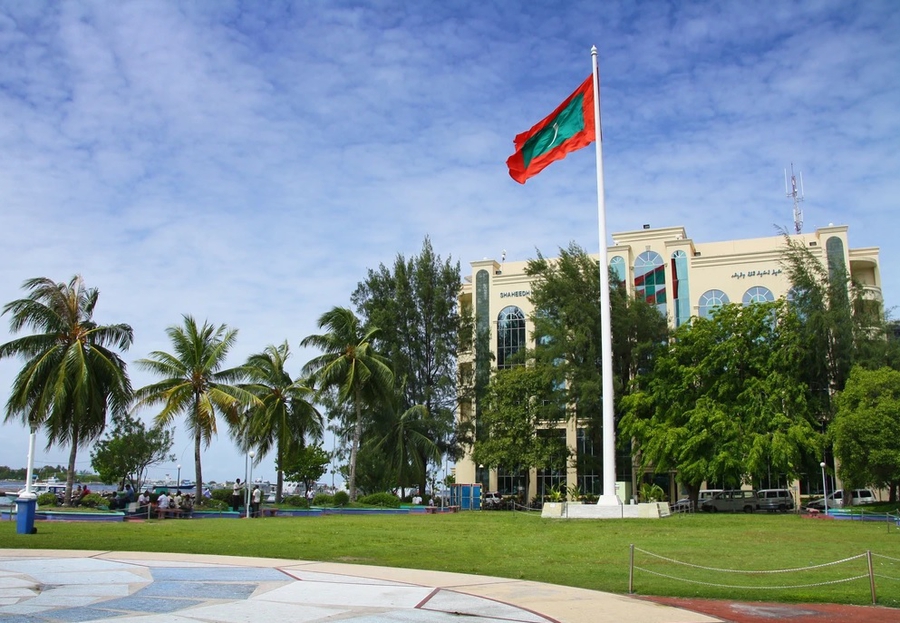 In the last few months, the authorities have seized funds from a leading human rights organisation which the government dissolved in late 2019. A women’s rights group has faced a smear campaign online for its reporting. Protesters were dispersed for holding a protest outside parliament, while an individual was terminated for ‘defaming’ the President and parliamentary speaker.

Issues brought up by civil society organisations for the upcoming third cycle of the Universal Periodic Review (UPR) of Maldives at the Human Rights Council highlight the prevailing climate of impunity for attacks against human rights defenders in the country. Previously recorded cases of the killing of human rights defender Yameen Rasheed and disappearance of journalist Ahmed Rilwan Abdulla has seen slow progress. Earlier this year, both victims’ families raised serious concerns over the government’s lack of effort in pursuing the perpetrators.

On 24th June 2020, the President’s Office announced that the government would ratify the International Convention for the Protection of all Persons from Enforced Disappearance (ICPPED) and the Optional Protocol of International Covenant on Economic, Social and Cultural Rights (OP-ICESR).

As of 6th July 2020, the Maldives has recorded a total of 2,468 coronavirus (COVID-19) cases, with 12 deaths. In May 2020, the Anti-Corruption Commission (ACC) launched three separate investigations over the government’s pandemic response, specifically on ventilator purchases and supply contract discrepancies.

On 31st May 2020, five civil society groups including FORUM-ASIA, CIVICUS: World Alliance for Citizen Participation, The International Federation for Human Rights (FIDH), The Commonwealth Human Rights Initiative (CHRI) and The Maldivian Democracy Network (MDN) jointly submitted a petition to the People’s Majlis (parliament) Human Rights and Gender Committee on the arbitrary and unauthorised seizure of funds belonging to leading human rights group MDN. The petition condemned the baseless action and called on the Ministry of Youth, Sports and Community Engagement to explain the freezing of the accounts.

In the petition the groups said:

“We remind the People’s Majlis that the actions detailed above amount to a violation of the right to due process and fair administrative action and redress and call on the Majlis to uphold fundamental rights of Maldivian citizens and civic groups.”

As previously documented by the Monitor, the government decided to dissolve MDN after they were accused of ‘insulting the Prophet Muhammed’ in a 2016 report published by the organisation which they had retracted. The shutdown was enforced in December 2019 while the organisation was awaiting a response to clarifications made after receiving a baseless and unlawful order to terminate its operations on 5th November 2019. Human rights groups have condemned the arbitrary de-registration of MDN, which took place without due process.

MDN had worked on a range of issues including on police reform, protection of human rights defenders and freedom of expression, against torture and enforced disappearance and other human rights issues. They had long faced threats and attacks for opposing violence by Islamist groups in the Maldives. The campaign against the organisation that led to their closure began after the government introduced new legislation on terrorism that religious extremists and criminal gangs affiliated with powerful opposition politicians feared would be used against them.

On 23rd June 2020, the country’s main women’s rights organisation, Uthema expressed concern over false claims made on social media over its 2020 report to the United Nations Committee on the Elimination of All Forms of Discrimination Against Women (CEDAW).

According to Human Rights Watch, extremist groups launched a social media campaign demanding the government ban Uthema. Proponents of this campaign have accused Uthema of being anti-Islam. HRW called on the government of President Ibrahim Mohamed Solih to investigate and appropriately prosecute those responsible for harassment, intimidation or assault, instead of appeasing these groups.

“Islamist extremist groups that are a relic of the previous abusive government persist in their threats and violence against pro-democracy activists. The Solih administration should demonstrate a firm commitment to free expression by taking action against those attacking it.”

The smear campaign online prompted Uthema to request the Ministry of Youth, Sports and Community Empowerment to facilitate a space where it could engage with and provide answers and clarifications for those that have questions about the report. The rights group further pointed out ‘politically motivated efforts to misinterpret points raised in its report as obstruction of efforts to address severe social issues prevalent in Maldives’.

Families ask for foreign expert to be assigned to commission

On 4th July 2020, the families of missing journalist Ahmed Rilwan and murdered blogger Yameen Rasheed requested that the president assign a foreign expert to the presidential commission investigating enforced disappearances and murders as one of its members to ensure justice for the families and enhance the work of the commission.

As previously documented, in November 2018, President Solih established a Presidential Commission to probe enforced disappearances and murders. In December 2019, it was reported that the Prosecutor General's Office (PGO) had returned the file against two suspects sought by the Presidential Commission on Murders and Enforced Disappearances over Rilwan’s murder. The Prosecutor General (PG) Hussain Shameem revealed that the case was sent back to complete parts of the investigation that were overlooked. It has reportedly been sent back to the PGO’s office but no progress has since been reported.

Freedom of assembly and expression is a fundamental right which all authorities must respect. We have regrouped in front of Hotel Jen, join us! #MajlisHeylavvaa pic.twitter.com/4ynXD8W9ua

On 22nd June 2020, the Maldives police dispersed a small group of protesters that had assembled peacefully in front of the Parliament building with a list of demands. The protesters wore masks and maintained social distancing by standing a reasonable distance apart.

The protest titled "Majilis Heylavvaa" loosely translated to "Awaken the Parliament", was organised by leftist political movement Navaanavai - an initiative aimed at empowering people politically, socially and economically. A total of 12 individuals gathered in front of the Parliament building in the morning with banners and signboards, demanding that lawmakers find solutions for groups of people penalised by the COVID-19 pandemic, amongst other issues.

Although the demonstration was peaceful, police forced back the participants almost immediately, stating that the protestors were gathered in a green zone, where protests were not allowed.

Founder member and spokesperson of Navaanavai, Fathimath Saaira spoke about the lack of response from parliament in addressing the concerns put forth by the public, especially the difficulties posed by the ongoing health crisis. Navaanavai called for justice for resort workers on no-pay and evicted tenants who can no longer afford rent.

All forms of public gatherings have been prohibited under the state of public health emergency, which was declared by Maldives' Health Protection Agency (HPA) in March 2020.

On 4th June 2020, The Edition reported that an employee of the Hithadhoo Port Limited (HPL) was terminated over ‘defamatory’ statements made against President Ibrahim Mohamed Solih and Speaker of Parliament Mohamed Nasheed. According to reports, a letter of warning was sent to the employee advising the individual not to repeat the ‘defamatory’ statements on social media platforms; a dismissal letter followed, charging the employee with breaching the company’s Code of Conduct Policy. Former Hithadhoo South Member of Parliament stated that the president would inquire into the termination.

As previously recorded by the Monitor, the defamation law - the 2016 Anti-Defamation and Freedom of Expression Act - was abolished in November 2018. The law had been used against critics of the government and media outlets.