Critical voices silenced in the Solomon Islands amid the pandemic 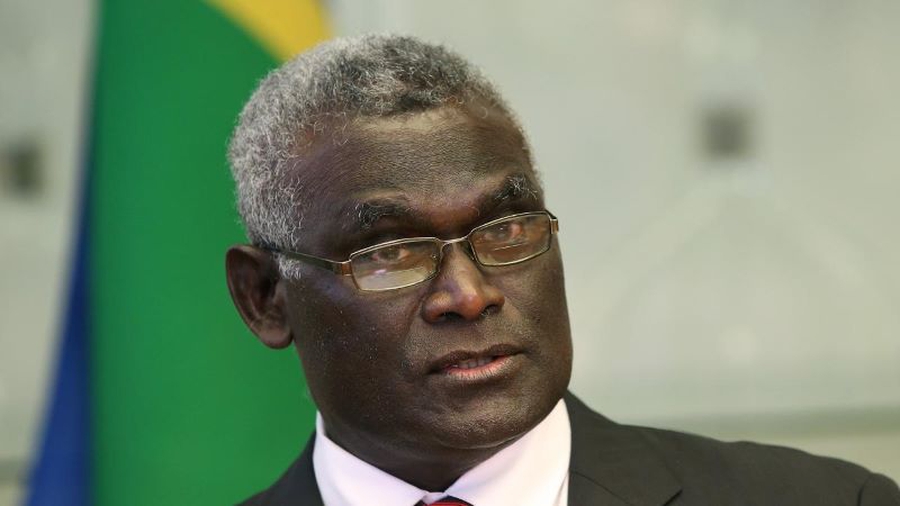 On 25th March 2020, Solomon Islands declared a State of Public Emergency as the country ramped up its response to the global coronavirus (COVID-19) pandemic. The Emergency Powers (COVID-19) Regulations 2020 authorised Prime Minister Manasseh Sogavare to issue orders to protect the country from the pandemic and to prevent the spread of the virus if there were cases. A travel ban was imposed, stopping international flights (except cargo flights), and schools closed. The maritime border with Papua New Guinea between Shortland and Bougainville was also shut down.

Since the pandemic began, the authorities have attempted to silence criticism by officials, removed a top doctor for his online comments and has sought to muzzle an outspoken provincial leader.

Officials threatened with termination if critical of COVID-19 response

On 31st March 2020, the Ministry of Health in Solomon Islands sent out a memo threatening “termination with immediate effect” of staff who post comments online criticising the government's COVID-19 response.

The memo, signed and stamped by Permanent Secretary of Health Pauline McNeil, said the ministry would not tolerate staff posting or engaging in social media discussions related to its COVID-19 response. It said the regulations were included under the State of Public Emergency and applied to all public servants.

On 9th April 2020, the president of the Solomon Islands Medical Association was sacked for criticising government actions under the COVID-19 state of public emergency. Dr. Claude Posala is the head of opthalmology at Honiara's eye centre.

According to reports, his termination letter from the Ministry of Public Service said Dr. Posala had been critical of government action on Facebook, saying “he posted false information and internal government documents online”. It said Dr. Posala's posts had “incited public hatred and contempt of the government” which was in breach of the Public Service Code of Conduct and regulations under the country's State of Public Emergency.

It was reported that Dr. Posala posted on Facebook, saying 'Payroll officer at MoFT (Ministry of Finance & Treasury) surprised to note that all NRH (National Referral Hospital) allowances raised under COVID-19 emergency situation are for administrators'.

In response, the leader of the Opposition called for the reinstatement of Dr. Posala. In a statement, Matthew Wale said the decision was “ill-considered and based on bad judgement”. He added that frontline professionals, and especially the president of the medical association, should be free to speak on the country's level of preparedness.

Wale called on the Prime Minister to immediately reinstate Dr. Posala, and to review Regulation 26 of the State of Public Emergency orders so that senior health officials were exempt from the media gag.

On 2nd April 2020, police in Solomon Islands arrested and charged a 44 year-old man for posting “misleading information about COVID-19” on social media. Police said the man had posted on Facebook that there was already a case of the coronavirus in Solomon Islands.

The supervising assistant commissioner for crime and intelligence, Patricia Leta said the man has been charged with “spreading false rumours” and released on bail to appear in court on 14th April.

While the pandemic’s spread has been matched by the proliferation of misinformation about the virus, human rights groups have raised concerns that states have resorted to the use of ‘anti-fake news’ laws to criminalise individuals, instead of combating misinformation by facilitating access to information and debunking false news.

Daniel Suidani, the pro-Taiwan premier of Malaita, a province in the Solomon Islands, is facing pressure from the national government in Honiara:https://t.co/ViQ7gLnwSz

On 30th April 2020, the premier of Malaita Province in Solomon Islands, Daniel Suidani received a letter from the minister of Provincial Government, Rolland Seleso, warning him to toe the line. It listed several procedural breaches that could be used as grounds for his suspension if he did not comply.

Daniel Suidani had been cautioning the government about obtaining COVID-19 equipment from China after global reports that some of these kits had been faulty. He has been one of the loudest critics of the national government's decision to cut diplomatic ties with Taiwan in favour of China, going as far as refusing development assistance from Beijing.

Suidani told RNZ Pacific he was surprised that such minor issues would warrant the suspension of his executive and believed the province's pro-Taiwan stance and its crackdown on illegal logging operations were contributing factors. Suidani said:

"They asked me to stop talking so much about those things. But I think as an elected leader it is my democratic right to talk to people.”

Opposition leader Matthew Wale, who came out urging the government not to suspend outspoken Daniel Suidani was warned by the authorities on 8th May that he was breaching emergency measures by his comments.