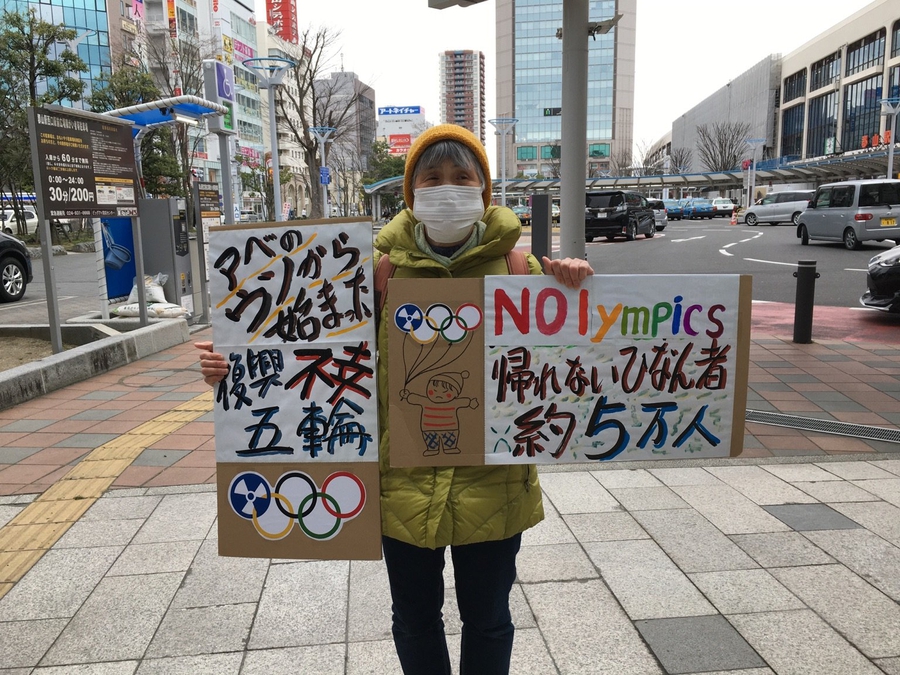 The home of anti-Olympics activists was raided in Tokyo in February 2020 while groups are calling for the Olympics facilities be opened up to homeless during the coronavirus (COVID-19) pandemic. In the Ibaraki Prefecture students are protesting the reopening of school amid the pandemic while the Mizuko Funding Group is halting the funding of new coal projects after pressure from activists and shareholders. There has been a small improvement in Japan’s press freedom index in 2019.

According to the ‘No Olympics 2020’ collective (Hangorin No Ka), in February 2020, the Tokyo Metropolitan Police Department (TMPD) raided the house of an activist who has been protesting against the Olympics with them and conducted an unjust search. Their warrant stated he was being charged on suspicion of having kept an incorrect address on his government-issued licence card.

The report stated that at least 30 or so plain clothes officers from the TMPD’s Second Public Security Division, in red vests, forcefully entered the home. They took photographs and body-searched the activist on the spot. They also took his fingerprints and samples of his hair. The police also demanded a DNA sample, but the activist refused.

When some neighbours and friends arrived to support the activist and tried to document the scene, the police blocked them from filming. The police also confiscated a laptop, a mobile phone, notebooks, an ID card, a bank card and many other items.

The ‘No Olympics 2020’ movement believed that the search was “simply a part of the state repression campaign targeting those who stand against the Olympics”.

Activists opposed to the Tokyo 2020 Olympic and Paralympic Games say the events will hurt individuals and businesses through high costs and disruption and will provide only fleeting gains for a small number of people in the political, economic and media elite.

Hangorin no Kai is a collective that opposes the 2020 Games. It has played a leading role in forging transnational connections among anti-Olympic groups.

According to the collective, preparations for the Olympics have been responsible for increasing human rights violations including the harassment and displacement of unhoused residents of Tokyo. Other Tokyo public spaces, such as the Miyashita and Shibuya Parks, have also seen increased policing, privatisation and exclusion as developments and gentrification accelerate in the surrounding areas. The increase in surveillance and militarisation in Tokyo is occurring alongside national-level efforts to remilitarise and expand surveillance capabilities.

Group demands Olympics facilities be opened up to homeless

An online petition is calling for the Olympic Village in Harumi to be made available for people who have lost their homes due to the coronavirus crisis, such as rough sleepers and people who stay in internet cafes. https://t.co/ijnnXIx7Sm pic.twitter.com/QIkIOTrxqr

A civil society group representing the homeless, the Moyai Support Centre for Independent Living, is asking to use the Athletes’ Village for the 2021 Tokyo Olympics as a shelter during the coronavirus (COVID-19) pandemic. An online petition addressed to Tokyo Olympic organisers and the city government has drawn tens of thousands of signatures for permission to occupy the massive housing complex going up alongside Tokyo Bay.

The village was to be home to 11,000 Olympic athletes and 4,400 Paralympic athletes. It is largely complete and empty with the Olympic opening postponed by the virus outbreak until July 2021.

According to an article in The Diplomat in February 2020, Tokyo’s redevelopment or “beautification” for the Olympics has prompted the widespread removal of street tents and cardboard houses around central train stations and parks. In Japan begging on the street is illegal and there is little sympathy for the homeless, who are commonly stereotyped as running away from gambling debts.

Tokyo’s inner-city area of Shinjuku has the largest homeless population; people can be seen sleeping around the station at night. But as authorities crack down on “trespassing” as part of counter-terrorism measures, people are running out of places to take shelter.

Students protest reopening of school amid the pandemic

In April 2020, a group of students at a public high school in an eastern Japan city went on strike to protest against the school reopening amid the novel coronavirus pandemic.

The third-year students at Hitachi Daiichi High School held demonstrations between 8th and 10th April after sending a strike notice to the Ibaraki Prefectural Board of Education and other bodies, demanding that all prefectural schools be temporarily shut down.

In the strike notice, the students said that measures to prevent the spread of the virus need to be taken as early as possible, even in areas that haven't seen any infections. The students also demanded, among other measures, that the education board temporarily close all schools in the prefecture until adequate supplies of masks and other protective items are secured, and that online and other systems be established so that students can continue to study uninterrupted.

The notice pointed out that the school environment is "prone to high infection risks" but that "the prefectural board of education hasn't provided any specific guidelines for infection prevention". The strikers suggest that they may extend the boycott period depending on how the prefectural government responds.

Japanese netizens in general applauded the students’ demands and many took to the keyboard in a show of support.

Big commercial banks, Stop your investment in the coal industry💰 It's our money. Unless private banks and corporations take the initiative to phrase out coal, Japan's international competitiveness will soon be lost. #ChangeMizuhoChangeWorldhttps://t.co/QROqZojAns pic.twitter.com/LbCaH5SfQx

In March 2020, environmental groups in Japan organised a protest against the Mizuko Funding Group for investing in the coal industry. Using the hashtag #ChangeMizuhoChangeWorld protesters gathered outside their office in Tokyo.

Mizuho is among the world’s biggest lenders to coal power plant developers. However, in March 2020, a shareholder resolution sent to Mizuho management calls on the bank to outline a plan and set targets so that its business practices are more in line with the Paris Agreement, the global pact to fight climate change. It was the first time a publicly traded Japanese company had been sent a shareholder climate change resolution. The resolution was sponsored by Kiko Network, a Japanese activist group that focuses on coal and also holds shares in Mizuho.

Bowing to pressure, ahead of the bank’s annual shareholders’ meeting in June 2020, Mizuho said it will stop financing new coal power projects and end all loans for coal by 2050.

Japan’s ranking on the Reporters Without Borders (RSF) press freedom index increased by one spot to 66 in its latest list, released in April 2020.

According to RSF, in general Japan respects the principles of media pluralism but journalists find it hard to fully play their role as democracy’s watchdog because of the influence of tradition and business interests.

Journalists have been complaining of a climate of mistrust toward them ever since Shinzo Abe became prime minister again in 2012. The system of “kisha clubs” (reporters’ clubs) continues to discriminate against freelancers and foreign reporters. On social networks, nationalist groups harass journalists who are critical of the government or cover “anti-patriotic” subjects such as the Fukushima Daiichi nuclear disaster or the US military presence in Okinawa.

The government also continues to refuse any debate about a law protecting “Specially Designated Secrets,” under which whistleblowers, journalists and bloggers face up to ten years in prison if convicted of publishing information obtained “illegally.”