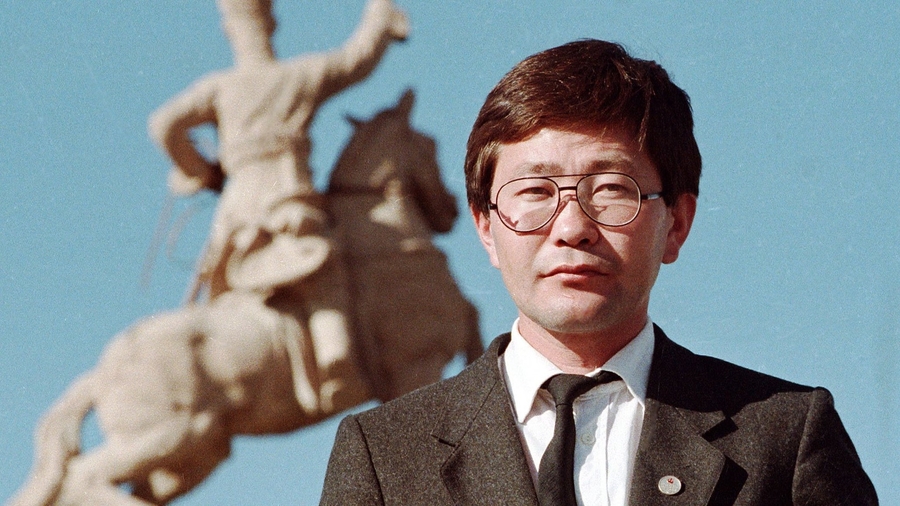 Pro-democracy activist Zorig Sanjaasuren who was killed in 1998

Two individuals convicted for the 1998 assassination of a pro-democracy activist and former parliamentarian were allegedly tortured while in custody to confess. According to news reports in August 2019, Mongolia’s former intelligence chief Khurts Bat be will be tried for overseeing the torture of Sodnomdarjaa Batdagva and Chimgee Tumurkhurd, who were jailed in 2016 after confessing to murdering Zorig Sanjaasuren and each given prison sentences of between 24 and 25 years. .

The trial is not open to the public and details are scarce as the trial of a political figure is seen as a state secret in Mongolia. Khurts was first charged in April 2019 but released pending trial, two days later. If Khurts is found guilty, Sodnomdarjaa and Chimgee could then challenge their own convictions.

As previously documented, Zorig was a pro-democracy activist and the leader and co- founder of the National Democratic Party, who helped to bring about the transition to democracy in Mongolia in 1989. He was on the verge of being named as the country’s new prime minister when he was stabbed to death in 1998 in what was widely believed to be a political assassination.

It took until 2015 for any arrests to be made for his murder following a long and widespread political investigation that saw over 1,500 people interrogated as suspects.

The case against Khurts emerged after videos of Sodnomdarjaa and Chimgee apparently being tortured were shown on national TV in May 2019. The two were beaten and spat on, with interrogators coercing them to confess. Nine government officials are also alleged to have been involved in the torture of Sodnomdarjaa and Chimgee, although few details have been made public about their cases as they also fall under the state secrecy blanket.

"#Mongolia must ensure that reforms to its legal framework promote rather than restrict the work of human rights defenders," -- the @UN Special Rapporteur on the situation of #HumanRights defenders, Michel Forst: https://t.co/WJNPkuRsCD pic.twitter.com/rLM3ES7jK5

In April - May 2019, the United Nations Special Rapporteur on the situation of human rights defenders, Michel Forst, visited Mongolia.

During his visit he met with representatives of non-governmental organisations, journalists and media workers, environmental defenders, lawyers, trade unionists, housing rights defenders, herder activists, whistleblowers, individuals defending the rights of persons with disabilities and people fighting discrimination against LGBTI persons. He was told that many more wanted to speak with him but did not dare to do so for fear of reprisals.

The Special Rapporteur noted that human rights defenders in Mongolia are active in many different fields and that Mongolia has a good body of laws, which generally guarantee the rights and freedoms of human rights defenders. However, the ineffective implementation of these laws in practice hampers their work.

According to the Special Rapporteur, “obstacles such as stigma, pressure, criminalisation, hate speech on social media, the lack of understanding of who human rights defenders are and the lack of access to information and to participation in decision-making processes hinder their work”.

In May 2019, The Asian Forum for Human Rights and Development (FORUM-ASIA) together with its member organisation, Centre for Human Rights and Development (CHRD) conducted a fact finding mission (FFM) to the eastern part of Mongolia to look into the impact of mining operations on the environment, human rights defenders (HRDs), as well as local communities. Meetings were conducted with key stakeholders, such as representatives from mining companies, local authorities, HRDs and local communities.

The fact-finding mission members recorded that community based human rights defenders who are advocating against mining operations are often vilified, verbally or physically harassed, as well as sexually harassed when it comes to women HRDs. Threats were also documented aimed at family members and relatives of HRDs. HRDs are often labelled as ‘troublemakers’, and it is not uncommon for them to be pressurised by their own family members to cease their human rights work.

Protests calling on government to step down

Thousands rally in Mongolia to call for government to step down https://t.co/jaJHXb23nj pic.twitter.com/HLSEMA2QUv

As previously documented, Mongolia has experienced a series of demonstrations since November 2018 due to a nationwide corruption scandal which implicated the speaker of Mongolia’s parliament, Miyegombyn Enkhbold. He was accused of conspiring to sell government offices in return for raising 60 billion tugrik (USD 22 million) and embezzling from the Small and Medium-sized Enterprise (SME) Development Fund.

On 30th May 2019, thousands of protesters took to the streets of Mongolia’s capital, Ulaanbaatar to demand that the incumbent government headed by Battulga Khaltmaa step down. “Resign! Resign! Resign!” protesters chanted. Some carried banners with slogans condemning the government for its perceived failure to tackle corruption, pollution, a stagnant economy and a public health crisis.