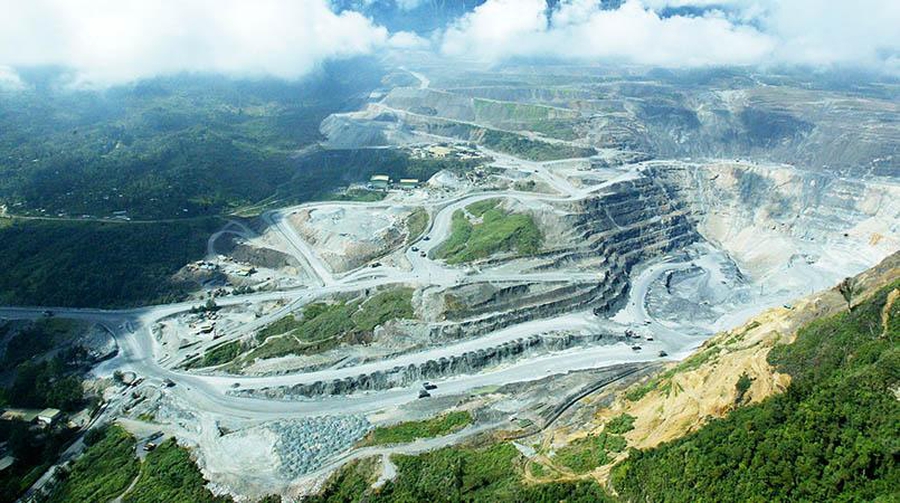 On 29th May 2019, Prime Minister Peter O'Neill formally resigned, after losing support from parliament, in particularly due to political crisis related to a gas deal. O'Neill had led the country since 2011 but had been criticised for endemic corruption and the lack of development. O'Neill had earlier promised to resign but failed to do so and took court action in a bid to cling to power. James Marape, a former finance minister was elected by parliament as the Prime Minister on 30th May 2019.

In recent months, civil society has reported ongoing threats against human rights defenders, proposals to regulate social media by the government and protests by refugees on Manus Island as the situation there deteriorates.

In May 2019, Amnesty International highlighted the cases of two human rights defenders who faced attacks, threats and censorship because of their work.

Cressida Kuala, a women’s human rights defender of the Ipili Indigenous people, and an environmental activist from a gold mining town in the highlands of Porgera, Enga Province founded the Porgera Red Wara (River) Women’s Association to highlight problems facing women in mining communities, and to prevent sexual violence against the women and girls of Porgera.

According to Amnesty International, women’s human rights defenders like Cressida fear retaliation when they raise concerns about mining operations. "The work they do poses serious risks to their safety and security. Sexual violence is a real risk for Cressida and other women human rights defenders. She herself is a survivor of repeated incidents of sexual violence and her children regularly face threats of rape and violence, including gun violence". They have at various points been forced to go in hiding.

PNG’s roughly 800 local languages, used to have positive and inclusive terms to refer to diverse gender expressions; however, this changed with colonization and the arrival of missionaries.
Emmanuel Peni, aka Manu LGBTI & environmental activist from Sepikhttps://t.co/aabvUOc3MX

Emmanuel Peni, aka Manu, is an LGBTI and environmental activist from Sepik, in the coastal region of Papua New Guinea (PNG). Manu is the president of Kapul Champions, the only national LGBTI network in Papua New Guinea. He told Amnesty International that “his work is complicated by the fact that homosexuality is criminalised in PNG, and intolerant forms of Christianity influence public attitudes toward the LGBTI community”.

Manu is also the Coordinator of Project Sepik, an environmental group which conducts lobbying on behalf of some 400,000 people living along the Sepik River, a large freshwater wetland system in PNG. Manu is fighting to halt a mining project that, he believes, could result in tailings entering into the river system, and which could also damage the tropical rainforest. Manu claims that “exploration work for the mine has already caused unprecedented sedimentation, damaging the livelihoods, food and water sources of local communities”.

Manu told Amesty International that “he faces media censorship in trying to spread awareness about environmental issues”. He said: “the national media declines to broadcast stories of peaceful protests and impact of the exploration license on the community which in turn makes it more difficult for him to advocate for accountability". Manu has faced threats and violence because of his work, including being harassed by the government and mining company officials.

Papua New Guinea PM pushes proposal for social media regulation, citing need to stop ‘fake news’ https://t.co/3E9fpHJxU9 "They make revenue in countries like ours, but do not pay tax, and leave behind a lot of damage" pic.twitter.com/jt6VXwSIvS

In May 2019, the former Prime Minister Peter O’Neill instructed the Ministry for Communications and Information Technology to review how the government can regulate social media to protect citizens affected by the circulation of fake news.

He cited a recent incident in which rumors spread on Facebook that multiple girls and women in the town of Port Moresby had been kidnapped, and that the perpetrators had been apprehended by police. The alleged kidnapping was later confirmed to be a fabrication.

Critics and journalists have warned that it could lead to the curtailment of free speech. Journalist Scott Waide rejected the proposal to restrict Facebook. He said:

“There is a general agreement that there are a lot of people who use Facebook to spread fake news. They should be investigated and prosecuted using the cybercrime act if law enforcement has the capacity to do it. But to ban Facebook has wide-ranging implications including direct government interference on the freedom of speech of Papua New Guineans and their right to hold their leaders to account.”

This is not the first time that the government has threatened to control social media. In 2018, there were reports about a government proposal to ban Facebook for a year because of issues related to fake news and privacy violations. It generated public backlash and authorities later backed away from plans to ban the popular social media platform.

A refugee climbed an internet tower in Manus to protest for his rights. This man finished his interviews with America more than two years ago but is still waiting for a result. He is angry to be forced to wait such a long time #auspol pic.twitter.com/jYzt2gfHdp

Refugees detained on the Australian run immigration detention centre on Manus Island continue their protests in various ways as the situation there reaches breaking point under the strain of refugee suicide attempts and self-harm.

On 19th June 2019, a man from Sudan mounted a protest on World Refugee Day by climbing a cell phone tower. The refugee scaled the 30 metre tower and refused to descend for about four hours while threatening to throw himself to his death. He eventually came down after negotiating with PNG immigration officials. The action, Iranian journalist and refugee Behrouz Boochani said, was in protest due to the extensive delays by US authorities on Manus approving refugees to be resettled there as part of a swap deal with Australia.

As previously documented by the CIVICUS Monitor, Australia’s policy of detaining and processing refugees on Manus Island has resulted in the systematic violation of the rights of hundreds of individuals. Around 500 refugees and asylum-seekers have been detained on the island since 2013. The refugees have been effectively forced to choose between returning to repression in their home countries or moving to a similarly abusive environment.