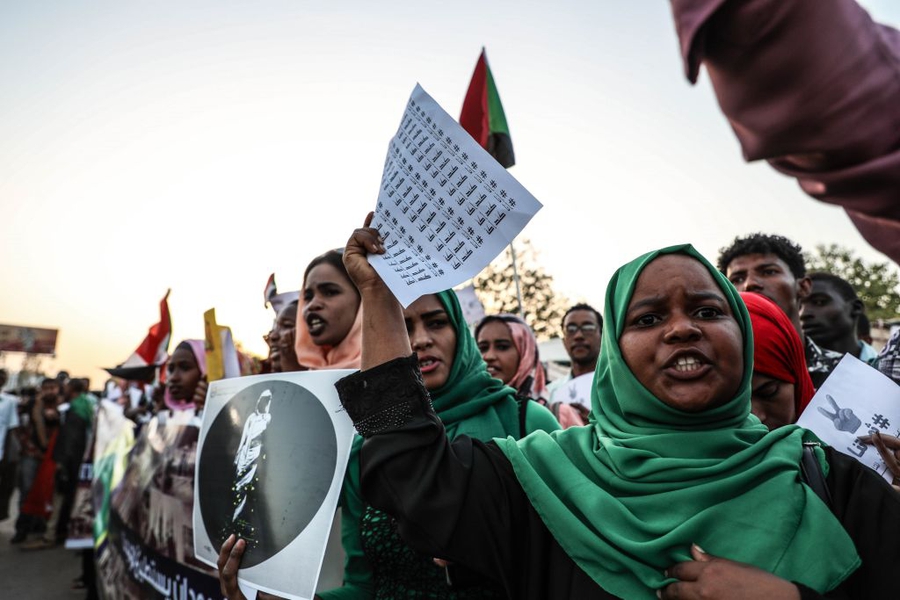 After President Omar al-Bashir was ousted on 11th April 2019, ending his 30-year authoritarian rule, following months of anti-government protests, Sudan’s new military transitional government- the Transitional Military Council – imposed a three-month state of emergency and the suspension of the Constitution. Although many political prisoners have been reportedly released since 11th April, concerns over civic space rights remain as the military rejects calls of protesters for a civilian -led government. Protests continue as thousands of protesters have camped in front of the military headquarters in Khartoum since the ousting of President Bashir calling on the military to hand power to a civilian authority.

As CIVICUS Monitor reported on 20th March 2019, while Omar al-Bashir was in power, protests have been violently suppressed by the excessive use of force and hundreds of protesters were arbitrarily arrested, tortured, persecuted and faced summary trials in court.

Sudan crackdown on anti-government protests: “Detention was the easiest punishment you could have”

To learn more about the severe restrictions on civic space freedoms during the anti-government protests that lead to the ousting of President Omar Al Bashir and about the demands of civil society within the new context, the CIVICUS Monitor spoke to a prominent Sudanese civil society activist, Dr Hassan Abdel Ati, the Secretary General of the National Civic Forum.

As reported earlier by the CIVICUS Monitor, Dr Abdel Ati had been arrested on 3rd January 2019, by the National Intelligence and Security Service (NISS) during a raid on the headquarters of the National Civic Forum in Khartoum. He was recently released, in April, following the ousting of President Bashir, together with other political prisoners who had been detained in connection to the widespread anti-government protests in Sudan that started in December 2018.

In the interview, Dr Abdel Ati discusses the latest developments in Sudan and shares his first-hand experience about his activism, his detention and the demands of the protest movement for the transfer of power from the military to a civilian government.

The transcription of the interview is provided below, and you can listen to the whole interview below.

1) What were the main reasons behind the protests?

The latest protests are the culmination of the struggles that started 30 years ago. But the latest events were triggered mainly by some economic causes. It is not only an issue of fuel and bread as people are trying to put it, but it is also related to the harassment that accompanied the hardship economic measures, that were applied by the government.

The streets were already saturated due to the behaviour of the regime and the use of torture, imprisonment and abuse. There were a lot of protests related for example to the laws discriminating against women, violence against women, provoked usually by the state, the special courts designed mainly for punishing women and the use of force. All that together with economic problems related to the scarcity of fuel, bread and cash were the triggers for pushing people to the street. This was followed by large-scale detention of people during protests.

In Khartoum alone we were about 700-800 protesters detained, while according to some estimates there were total of about 3,000 detentions – that were the main factors that brought people to the streets.

2) What types of restrictions and violations did you witness during the protests that started last year in Sudan?

Unfortunately, I did not have a lot of time, I participated in the demonstrations only one week, then I was detained and imprisoned for 99 days, and only released after the revolution was partly successful.

The protests were largely handled with the use of life ammunition. Detention was the easiest punishment that you could have – in the protests around 70 people died, maybe 700 were wounded, and the figures are mainly for Khartoum and big towns, numbers might be much higher as I do not know the figures for the small towns.

Tear gas was a normal practice. When facing tear gas, we were saying “today they were kind” for treating demonstrators. After that when people were taken to detention centres or prisons, especially youths were beaten to an extent that some of them passed out. They beat them to the level of bleeding, sometimes, people were beaten in the sensitive parts of their bodies.

For those detained, especially youth, the security forces, when they bring them in, usually started a beating reception session, they call it "the Party" – "party" means about 20-30 security forces surrounding the detainees and to start beating them with sticks for one, two or three hours, before they were taken to the cells or distributing them to the different prisons in Khartoum or other towns.

Women for the first time were detained for more than one month and not spared from this kind of treatment, which is not part of the Sudanese culture.

3) Under what circumstances were you released under the current regime?

At the moment this is very difficult to describe. When you come out from the prison, suddenly carried on the shoulders of people for one or two hours, you feel like a hero. But the real heroes are those guys who brought us out from prison, the young guys on the street who faced bullets, teargas and beatings. Part of their demands were the release of the detainees. We are really humbled comparing to what these guys did.

4) How do you see the situation in Sudan after the ousting of President Omar Al Bashir?

Protesters call for “The regime to go down”. We still have 70 per cent from the last regime in power, because these guys [from the Omar Bashir’s regime] really infiltrated every bit of life for the last 30 years – the civil service, media, security forces, police and a lot of that needs a lot of work.

Our political demand is to have a civilian head of state council, a civilian government with extensive executive power and a transitional parliament composed of up to 120 persons to do the legislative part during the transition period.

Also, we feel pressure on us from the international community who feel the four-year transitional period proposed by the [The Declaration of] Freedom and Change Forces [a broad coalition of opposition parties and the major force behind the Sudan uprising] is too long. The African Union is insisting that Sudan establish a civilian government within 15 days. Although the African Union has the right not to recognise the military government, they do not have the right to tell the Sudanese people how much time is needed to form a government that is respected by all parties. We come from 30 years dictatorship, a lot of ethnic, political and religious diversities, and many political parties. So, in order to get that kind of government accepted by most people we need sufficient time; and I think 15 day is not enough to establish all these three organs – the head of state, government and transitional assembly.

Dr Abdel Ati separately clarified that: "All opposition groups have agreed long before the toppling of Bashir that a minimum of four years is needed to dismantle the deep state, make peace agreements with the armed groups, put the economy on track and complete the process of transitional justice and prepare the country for democratic elections."

5) What can the international community do to support the transition to civilian government with respect to human rights?

For respect of human rights, we need a stable government that needs a good economy at least satisfying the basic needs of people. That requires a lot of time. But at this stage the international community can do the following: