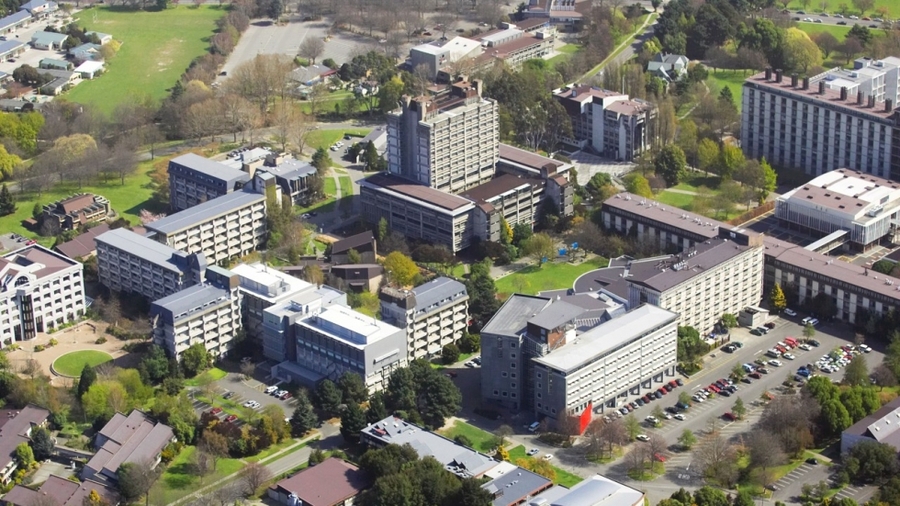 A politics professor researching China’s attempts to influence Western countries has been facing threats. Two activists were fined by an Israel court for convincing a singer to cancel her show in Tel Aviv. Ten protesting the arms trade were arrested in Palmerston North and doctors have been going on strike for better wages and working conditions

In November 2018, academics, researchers and human rights advocates wrote an open letter to Prime Minister Jacinta Ardern calling on her to protect politics professor Anne-Marie Brady, an expert on China.

Anne-Marie Brady says she has experienced harassment and interference often while conducting research in China, but over the past year, she has been the victim of intimidation in New Zealand. Brady, a professor at New Zealand's University of Canterbury, says her home and office have been broken into; she has received a letter warning her of an attack against her; and her car has been tampered with.

In 2017, Brady published a paper called ‘Magic Weapons’ on China's attempt to influence Western countries, and a book, ‘China as a Polar Great Power’. Brady said break-ins to her office and home followed the publication of her research, and electronic devices tied to that research were stolen. In China, academics were interrogated by Ministry of State Security agents after their institutions hosted Brady. Some believe her experience has already had “a chilling effect among China-focused experts in this country with many unwilling to comment on the saga publicly”.

The open letter signed by over 300 people said that:

"We have been shocked and disturbed by the reports of intimidation and harassment suffered by Professor Anne-Marie Brady. Attempts to intimidate and harass one academic in New Zealand have implications for freedoms of all the others - and indeed, for the freedoms of all who live here."

On 13th February 2019, police said they had been unable to resolve the case. Brady said she had been informed of the investigation's conclusion and “was disappointed with the result”.

Two New Zealand BDS activists have raised $12K for a Palestinian charity instead, after being fined by an Israeli court for their role in persuading pop star @lorde to cancel a concert in Israel last year.#BoycottApartheidIsrael https://t.co/myWbE8vhGk

In October 2018, two New Zealand activists were ordered to pay damages of 45,000 Israeli new shekels (USD 12,400) for “causing mental harm to three Israeli teenagers who had bought tickets to Lorde's concert” after writing an open letter that convinced singer Lorde to cancel her show in Tel Aviv.

The lawsuit is considered the first ruling based on a controversial 2011 Israeli anti-boycott law that allows civil action against individuals or organizations who call for a boycott of the state of Israel.

The activists, Jewish-New Zealander Justine Sachs and Palestinian-New Zealander Nadia Abu-Shanab have rejected the order saying: “our advice from New Zealand legal experts has been clear: Israel has no right to police the political opinions of people across the world".

University of Waikato law professor Alexander Gillespie said, “that the decision could have a chilling effect on free speech”. A lot of people might fear "that if you're critical of Israel, no matter where you are in the world, you could be sued”.

The two activists are part of the Boycott, Divestment and Sanctions (BDS) movement which works to end international support for Israel's oppression of Palestinians and pressure Israel to comply with international law.

What people power looks like! So proud and grateful for so many who turned out today in Palmerston North, raising our voices against the war industry.

I'm calling on all NZ towns to ban weapons expos, and that NZ pull our troops out of the failed illegal wars in the Middle East pic.twitter.com/fEPI8X6u8b

In October 2018, police arrested ten protesters after hundreds gathered in Palmerston North to protests against what they describe as a “weapons expo”. Two were arrested for allegedly assaulting the police, while the others were arrested for disorder and obstruction.

The New Zealand Defence Industry Association was holding its Defence, Industry and National Security Forum in Palmerston North and denied its annual event was a "weapons expo". Police blocked roads around the venue and put black sheeting in place around parts of it to prevent people getting in and disrupting the event.

Protesters chanted "Blood on your hands" as they marched along Cuba street. One of the protesters was Anglican minister Andy Hickman. He said their key opposition to the forum was the presence of the arms company, Lockheed Martin. "It was their bomb that killed children in Yemen in August [2018]. We believe they are at least complicit in bloodshed", he said.

In January 2019, nearly 80 percent of junior doctors across New Zealand went on strike for 48 hours, after a breakdown in union talks with the government over working conditions and wages. Some junior doctors gathered at street corners holding placards calling for better working hours, but there were no major demonstrations.

Junior doctors want to stick with existing employment contracts as they say the new terms that the government proposes would mean longer shifts and allow doctors to be moved to other hospitals without notice. Their union, the New Zealand Resident Doctors' Association (NZRDA), said it had been in talks with the District Health Board (DHB) for more than a year on the new terms, in which payment for overtime, weekend and night shifts also were discussed. Deborah Powell, the union's national secretary said:

"They want to have control over when we work, how we work and where we work…we tried to resolve this without a strike but we were left with no choice."

Another 48-hour strike was called on 12th February 2019 followed by another strike on 26 February 2019. The strike spotlights the difficulties Prime Minister Jacinda Ardern's government faces in delivering on its promise to pour money into social services and rein in economic inequality when it took office in 2017.