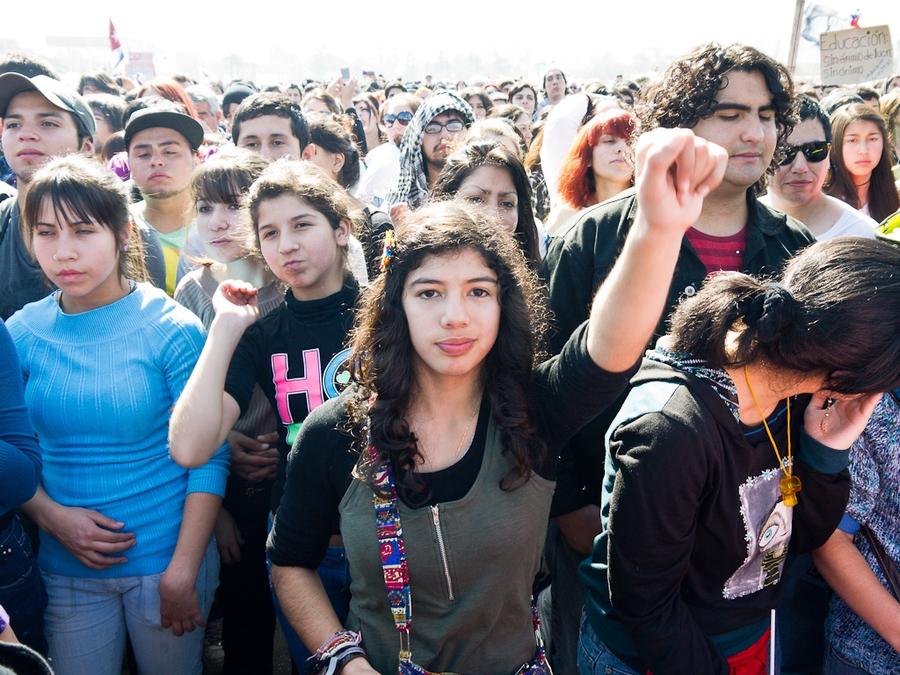 On 15th June 2018, women´s rights activists held a vigil outside the presidential palace La Moneda, in the capital Santiago. The women demanded that the authorities take effective actions against gender-based violence. The protest was prompted by the murder of five women in just 36 hours. In one of the cases, the state prosecutor reportedly called the murder a "passion crime", a statement that generated anger and criticism from civil society organisations. In response, Coordinadora de Mujeres Organizadas (Organized Women Coordination) stated:

"We have been clear and sharp, the motives for femicides can in no case be a response to love or any affectionate motivations because they are the opposite.”

The vigil was held in a context where women in Chile have been protesting since April against sexual harassment and sexual discrimination within the country’s universities. For example, on 6th June 2018 thousands of protesters took to the streets in various cities across Chile. In the capital, Santiago, the protest was largely peaceful, but there were reports of isolated incidents where hooded individuals put up barricades and in some instances clashed with the police. The protest was organised by two students´ organisations Coordinadora Feminista Universitaria (Cofeu) and Confederación de Estudiantes de Chile (Confech). The protest was "the latest in what some observers say is a feminist wave sweeping through the mainly Catholic country". One of the student activists stated:

“This movement was born from the fury that we have accumulated as women and feminists over many years. 2011 was an awakening, but it wasn’t feminist – today we are coming from a different angle.”

On a different issue, on 24th May 2018, it was reported that police used excessive force to disperse students occupying the National Institute, which resulted in 10 students detained and 20 injured. Authorities justified the actions saying that the students initiated the attacks and that the Carabineros (police) acted according to the law.

Amnesty International expressed concern about the persistent use of excessive force by police in the context of students‘ demonstrations. While the organisation commended the opening of investigations into the incident involving excessive use of force by the police, they also reminded the government that:

"The right to demonstrate peacefully and without reprisals is a fundamental right that must not only be respected but also safeguarded by the States and their institutions."

Amnesty International has expressed concern about the authorities refusal to allow mapuche leader Machi Celestino Córdova to access his ceremonial altar. Machi is consider a spiritual leader and as such, one of his functions is to "visit his rewe (or ceremonial altar) to carry out renewal ceremonies, which are essential to guaranteeing the Mapuches’ psychic and physical well-being". Machi Córdova has been detained since 2014. The Urgent Action calls on the Chilean authorities:

"[T]o allow Machi Celestino Córdova to visit his rewe for the 48-hours he requires, to ensure that his right to observe his spiritual beliefs, cultural traditions and customs is protected."