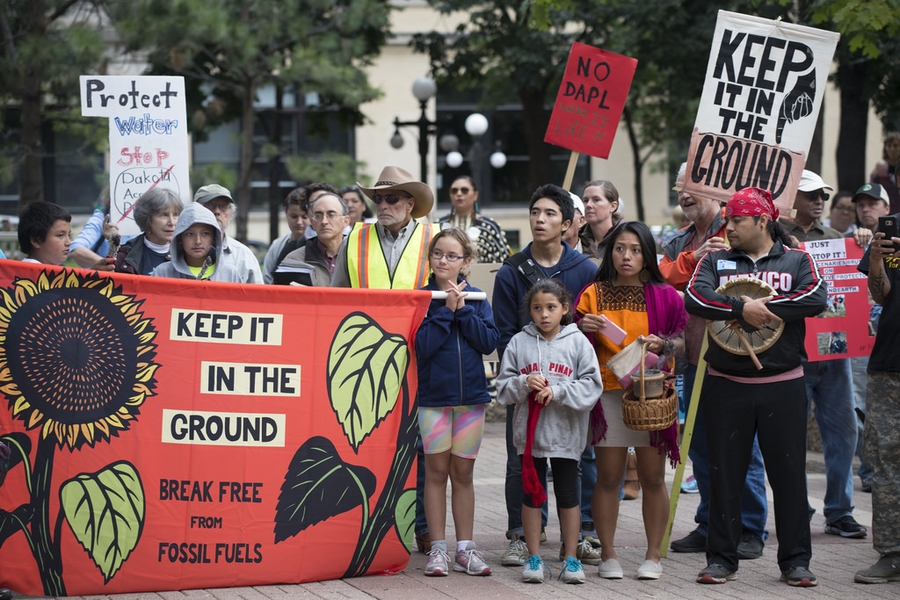 Court documents filed by the New York Police Department revealed how it has monitored protests by the Black Lives Matter movement. This monitoring includes the retention of multimedia records of the protests and placing undercover officers at the scene of demonstrations. MJ Williams, an attorney involved in a Freedom of Information request into the NYPD’s activities, explained the level of intimidation that this type of tactic could cause, to the detriment of the right to peacefully protest:

"To the extent that it would influence individuals not to participate and get individuals to censor what they say because of a fear of undercovers – that’s a basis for a first amendment violation."

In another development, online publication The Intercept reported how the FBI targeted and conducted surveillance of Muslim Student Associations in order to find Yemeni informants. Federal authorities continue to increase their use of informants and sting operations within Muslim communities in America. Such use of informants and undercover officers can seriously undermine an organisation’s right to privacy and their freedom of association.

More protests have erupted across the USA against police brutality and systemic racism. The governor of North Carolina declared a state of emergency on 21st September after a second night of protests in the city of Charlotte, following the shooting death of Keith Lamont Scott. Violence and multiple arrests occurred during the protests, but a considerable portion of the civil disobedience was nonviolent. In California on 3rd October, Black Lives Matter co-founder Patrisse Khan-Cullors was arrested while protesting the killing of 18-year-old Carnell Snell, Jr. at the hands of police. Protesters gathered at the LAPD headquarters in protest at the latest police killing and their alleged assassination of Snell's character.

Arrests also took place in Sandusky, Iowa, where activists are protesting against the Dakota Access Pipeline, which is being built along a route spanning from North Dakota to South Dakota, Iowa and Illinois. While the Standing Rock Sioux tribe are the main group protesting against the pipeline, hundreds of Native Americans across the US have also gathered in support of the cause. In early September, private security hired by the pipeline company turned dogs and pepper spray on the protesters.

In early September, an arrest warrant was issued for journalist Amy Goodman of the Democracy Now! news programme in connection with her coverage of the protests at the Standing Rock Sioux reservation. However, in mid-October a Judge decided that there was no probable cause for her arrest and rejected the charges against her.

In a separate incident, Jeremy Rothe-Kushel in Kansas City, Missouri, was arrested and is currently facing charges for trespassing and resisting arrest after criticising Dennis Ross, a diplomat and author, for his stance on the Israeli-Palestinian conflict. The arrest occurred after Rothe-Kushel asked a provocative question during the question-and-answer session of Ross’s May 9th lecture at the Kansas City library. Steve Woolfolk, director of public programming for the library, was also arrested, but no longer faces charges.