Protests against building of the Great Canal continue in Nicaragua 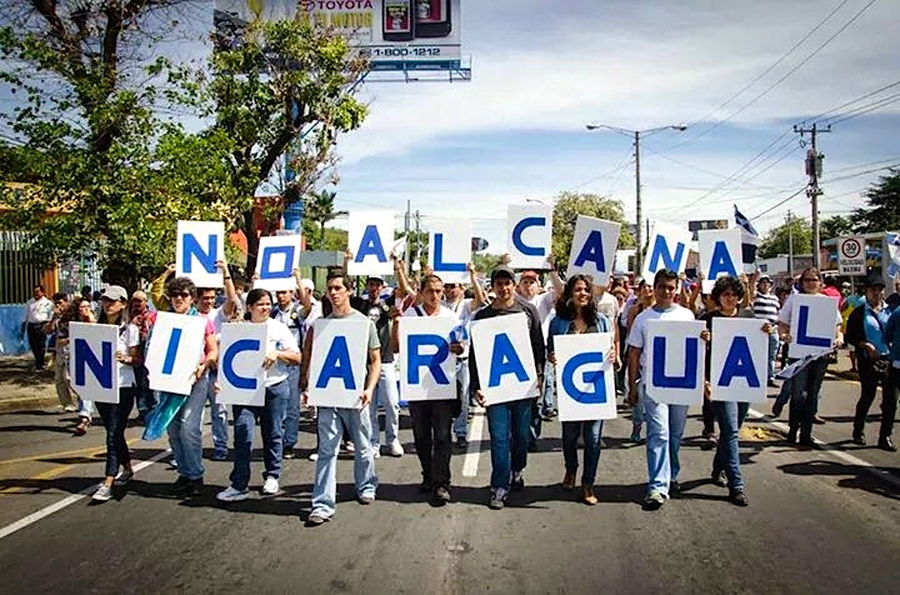 As previously reported on the CIVICUS Monitor, people have been protesting to demonstrate their opposition to the building of the Great Canal in Nicaragua. These protests are continuing and, on 31st August, campaigners organised a national protest in 17 different communities affected by the building of the canal. Local journalists reported the deployment of police officers to the places where protests took place, but no cases of violence or arrest were reported.

In a separate incident, on 29th September, a group of six women and one man were detained for about an hour during a peaceful protest for women’s rights in front of the National Congress.

In late September, the US House of Representatives approved the Nicaraguan Investment Conditionally Act (NICA). This bill aims to 'to oppose loans at international financial institutions for the Government of Nicaragua unless the Government of Nicaragua is taking effective steps to hold free, fair, and transparent elections.' The act is also of relevance to civil society in that it stipulates that the United States, through USAID, must prioritise funds for CSOs working on democracy and governance programs, including human rights documentation. This represents an opportunity for Nicaraguan CSOs to access increased resources through international cooperation channels.