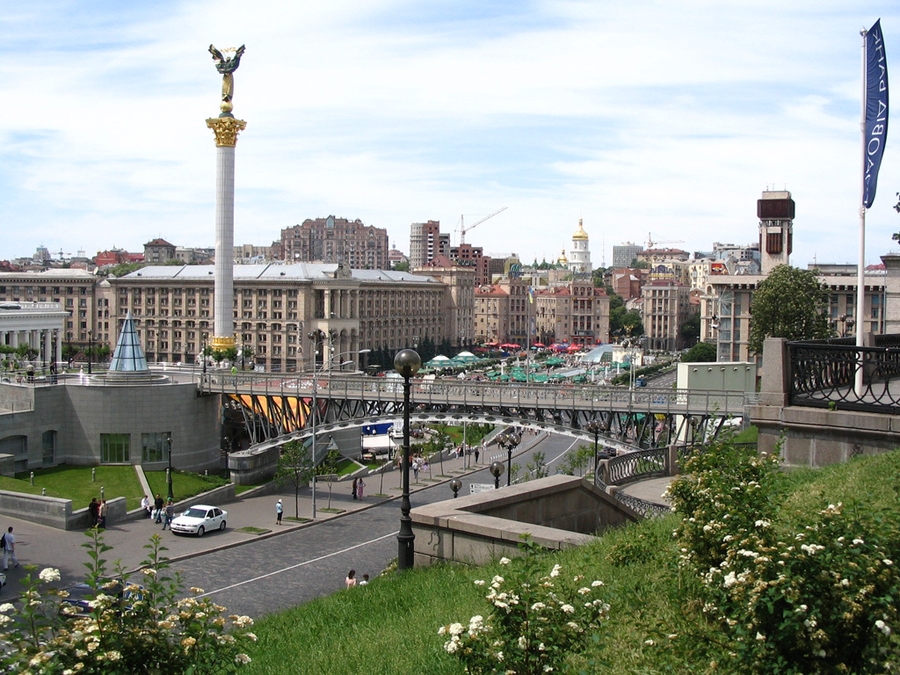 The armed conflict between the Russian Federation and Ukraine, the occupation of Crimea and Russia's support for separatists in Donbas have led to a large-scale media war and a number of restrictions on media freedoms in the name of national security and territorial integrity. According to Mapping Media Freedom correspondent Tatyana Pechonchyk, these restrictions have affected not only Russian reporters but also Ukrainian journalists and bloggers, typically accused of being too sympathetic to Russia. Disproportionate reactions narrowing the space for criticism included an arson attack on 5th September against the headquarters of TV Inter, a Ukrainian television station considered to be pro-Russian. On 8th September, the offices of local Ukrainian newspaper Vilnym Shliakhom (Free Way) based in Kivertsy, Volyn region, were raided and sealed, allegedly by representatives of local authorities who did not have a court warrant. This happened in the context of a privatisation process, and led to a series of strikes and protests by Vilnym Shliakhom's staff demanding workers' rights be protected while the daily was removed from state control. International journalists' organisations appealed to the Ukrainian president to stop attacks that undermine media freedom. Ihor Chayka, Chair of the Independent Media Trade Union (IMTUU) of Ukraine, said:

According to a report in September by the OHCHR Human Rights Monitoring Mission in Ukraine (HRMMU), Russia continues to crack down on independent voices in occupied Crimea, including Tatar leaders and activists. Repressive actions have included suspicious disappearances, arbitrary detentions and the politically-motivated prosecution of journalists, activists, and opponents of the occupation, some of whom faced forced psychiatric detention, something reminiscent of Soviet-era practices.These serious human rights violations were confirmed by both Ukrainian and international organisations operating in the region. Additionally, Ukrainians' freedom of expression is being curtailed in Russia itself, as exemplified by the ongoing house arrest of Natalya Sharina, the Director of the Library of Ukrainian Literature in Moscow. On 1st September, a statement was released by the International Federation of Library Associations and Institutions (IFLA):

"the treatment of the Library of Ukrainian Literature and its staff – and in particular Natalya Sharina [is] completely disproportionate and unnecessary, and an attack on libraries and librarians. As such it is an attack on democracy, learning and culture. IFLA FAIFE will continue to monitor developments in Russia and strongly supports Natalya Sharina, her legal team and her colleagues at the Library of Ukrainian Literature. IFLA calls upon the Russian officials to release Natalya Sharina and end the legal proceedings immediately”

On 8th September, the Ukraine Constitutional Court ruled that the requirement that authorisation must be obtained from local authorities in order to hold a religious peaceful assembly is unconstitutional. As stated by the Religious Information Service of Ukraine, the requirement was discriminatory since Ukraine’s 1996 Constitution only requires notification of plans to hold a peaceful assembly. Representatives of civil society declared the Court's decision a victory against religious discrimination in Ukraine. On 28th and 29th September, a working visit was organised in Kiev for a delegation of experts from the European Commission and OSCE / ODIHR, who were invited to prepare a joint opinion on the draft law on guarantees of freedom of peaceful assembly.

On 13 July, new regulations were passed updating registration procedures for not-for-profit institutions and organisations in Ukraine. The new procedures, which will enter into force on 1st January 2017, will also facilitate the settlement of disputes between supervisory authorities and taxpayers in applying the provisions of the Ukraine's tax code for exemption of non-profit organisations. All not-for-profit organisations registered before mid-2015 are required to submit their founding documents - not already held in official electronic databases - and an application form to the fiscal service no later than 31st December. Ignoring this requirement will result in the loss of their not-for-profit status.