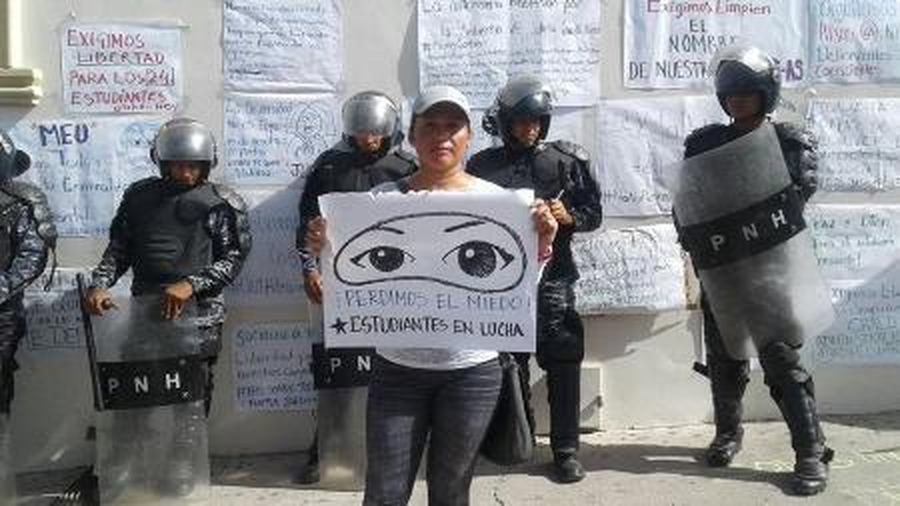 Violence against activists and restrictions on the right to freedom of association continue in Honduras, with land rights activists especially targetted. On 7th July, Lesbia Yaneth Urquía, an environmental activist was murdered after leaving her house for a bike ride. She worked at Consejo Cívico de Organizaciones Populares e Indígenas de Honduras (COPINH), where activist Berta Cáceres worked until her murder earlier this year.

In September, Amnesty International released a report stating that Honduras has the highest murder rate of land rights activists per capita in the world. Another report by Article 19 released in August corroborates those findings and highlighted that between 2010 and 2015, 109 activists working on environmental issues were murdered in Honduras.

During 2016, students protests were criminalised in Honduras. In July a criminal judge repealed a capture order against 18 students although they, and 57 others, still face legal procedures for protesting to demand structural changes at the National University.

The right to freedom of expression is being significantly undermined in Honduras, particularly for for environmental activists and journalists covering environmental protests. On 8th August, one member of COPINH community radio was detained by police officers when travelling to the capital Tegucigalpa to cover an environmental protest. In another incident, on 13th August, a teacher from Instituto Central Vicente Cáceres reported that authorities from the Local Education Office ordered him to remove an image of Berta Cáceres that had been displayed at the school in memory of the environmental activist and her legacy. Thus far in 2016, the Committee for Freedom of Expression in Honduras has documented 16 free expression violations including the imprisonment of journalists and the criminalisation of free speech.