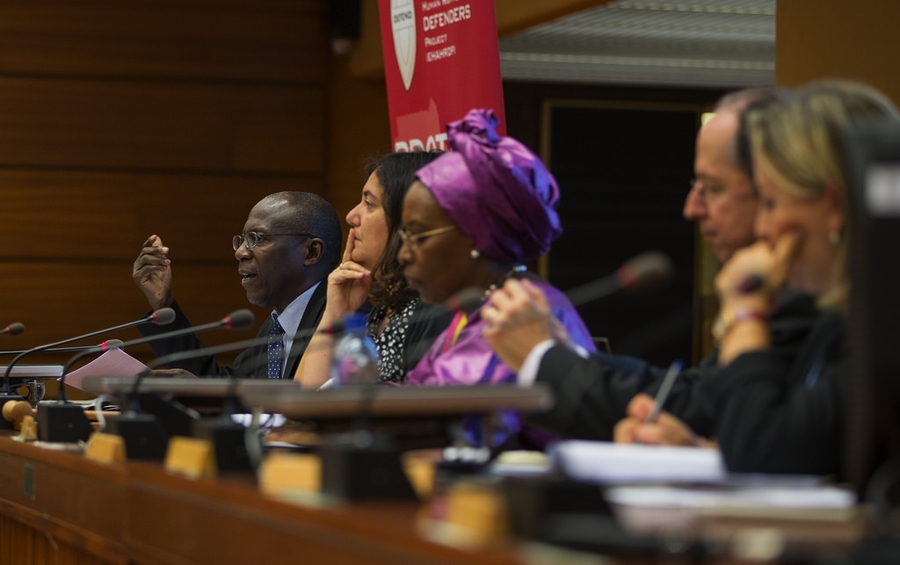 In Burundi, media outlets are increasingly unable to do even basic reporting work, and journalists are regularly targeted for their work or their political affiliations. Far from signifying a lull in human rights violations, the lack of information flowing from the country reflects the silencing of critical expression and the prevailing climate of fear, and explains why no significant public demonstrations have taken place in recent months.

On 22nd July Jean Bigirimana, a journalist with IWACU newspaper,  went missing. According to unconfirmed reports, Mr. Bigirimana was arrested by members of the Burundian intelligence. Although his whereabouts remain unknown, local activists investigating the matter as well as his family fear that he has been killed. On 18th August Irakoze Gisa Steve, a radio presenter with Buja FM, was arrested by the National Intelligence Service. According to the Public Information Officer of the Burundi National Police, he was detained for endangering state security and released the following week. On 20th August, 54 members of a WhatsApp group were arrested in a bar of Bujumbura and accused of committing "cybercrimes" by the spokesperson of the Ministry of Public Security. All but 8 members of the group were released the same day, and it remains unclear how many of the 8 remaining members have been released since. The obstruction of online information sharing is particularly worrying given that Burundians have increasingly taken to social media and secure messaging apps such as WhatsApp to share information on developments in the country since independent radio stations were attacked and burnt down in May 2015.

#Burundi—In the eyes of Burundi security services, all of us who share news of Burundi are CRIMINALS! #Nonsense pic.twitter.com/VZYr0j8Jk6

The right to freedom of association continues to be heavily restricted in Burundi, to the point where no independent civil society actors are able to operate openly, freely and without fear of retribution.

On 29th July the Prosecutor General at the Court of Appeals of Bujumbura asked the Burundi Bar Association to disbar four prominent human rights lawyers. Armel Niyongere, Lambert Nigarura, Dieudonné Bashirahishize and Vital Nshimirimana were part of a coalition of Burundian and international civil society organisations that had submitted a shadow report in advance of the latest session of the United Nations' Committee against Torture (CAT). They also offered their testimonies in late July, when the CAT examined allegations of torture, arbitrary arrests, extrajudicial killings and enforced disappearances in Burundi. The Burundian government delegation refused to attend the session.

Among hundreds of citizens arbitrarily arrested, SOS-Torture reported that four activists associated with the opposition party National Liberation Front (FNL) had been arrested in Kirundo and Ngozi provinces in early September. On 23rd August, seven additional FNL activists had been reportedly arrested.

Exiled human rights defenders have also been targeted. Among them was Burundian activist Léon Ntakiyiruta, who on the night of 8th August was violently attacked in Nakivale Refugee Settlement in Uganda. Before leaving Burundi in January, Mr. Ntakiyiruta had been a human rights monitor in Makamba province for the Association pour la Protection des Droits Humains et des Personnes Détenues and the chair of the justice and human rights thematic group of the Forum pour la Conscience et le Développement. He had continued his work while in exile by assisting various investigatory missions, collecting testimonies and identifying victims and witnesses.